UN Secretary-General Antonio Guterres has led calls for Mexican authorities to give more protection to reporters after the deaths of three journalists already this year. 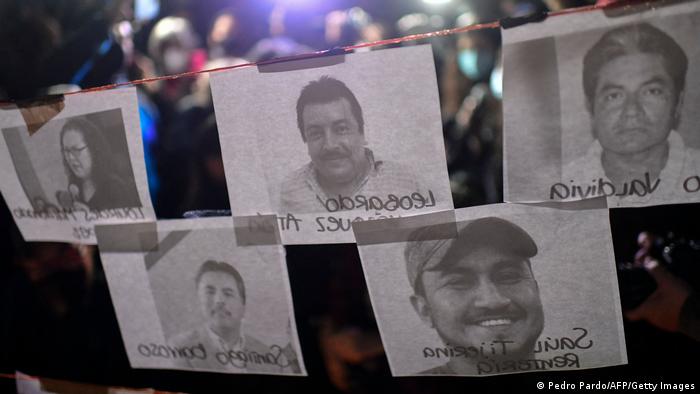 So far in 2022 in Mexico three journalists have been murdered

Demonstrators are demanding authorities do more to protect journalists despite a government program meant to do just that.

Photographers placed their cameras on the ground outside Mexico City's National Palace, while candles were lit in tribute to those who had lost their lives.

Protests were also held in the states of Veracruz, San Luis Potosi, Durango and Nayarit. Reporters held up placards reading "Not one more journalist killed,'' and "the truth can't be killed.''

Two journalists were killed in the border city of Tijuana in the first weeks of the year. Crime photographer Margarito Martinez was shot dead outside his home on January 17, while reporter Lourdes Maldonado Lopez was found shot dead in her car on Sunday. 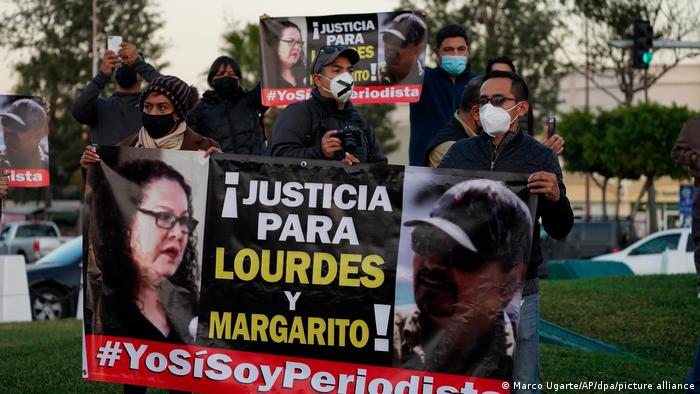 Two of the murdered journalists requested protection before their deaths

Jose Luis Gamboa was stabbed earlier this month in the state of Veracruz.

According to Reporters Without Borders (RSF), Gamboa had been a strong critic of local government corruption and officials with links to organized crime.

The media advocacy group tweeted about the murder of Lopez, who was meant to be "under state protection." RSF called for "a rigorous investigation and to ensure the protection of her family."

What protection is there for reporters in Mexico?

Mexico introduced a government protection plan for journalists since 2012. According to government figures, just under 500 people are receiving protection.

The two journalists murdered in Tijuana had reportedly both requested protection before they were killed.

Martinez had received threats from someone with alleged links to criminals and had been waiting for protection.

"We call on Mexican authorities to strengthen the protection of journalists, in particular, to take further steps to prevent attacks on them, including by tackling threats and slurs aimed at them," said Guterres's spokesman Stephane Dujarric.

The country's President Andres Manuel Lopez Obrador, addressed journalists at a briefing on Tuesday and said the perpetrators would be punished.

The odds appear to be stacked against there being justice. According to the Committee to Protect Journalists, which is a non-profit organization promoting press freedom, 95% of murder cases remain unsolved.

Mexico and India topped its list as the most dangerous places for journalists in 2021.

More than 100 journalists have been killed in Mexico since 2000. Only a small percentage of cases have ended in a conviction.

A man claiming to be the leader of one of Mexico's most powerful drug cartels demanded "even" media coverage of a turf war as he threatened to kill a journalist.