Germany and France will send military transport planes to West Africa to help efforts to contain the Ebola outbreak. Nearly 30,000 health workers have set out in Sierra Leone to assess the extent of the epidemic there. 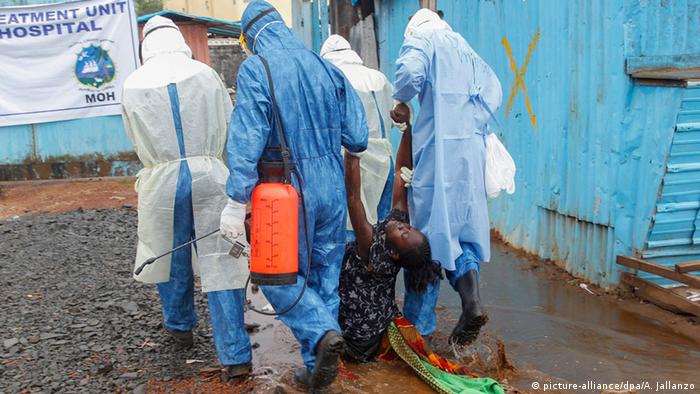 Expressing concern at the "dramatic course" the current Ebola outbreak has taken, German Chancellor Angela Merkel said Friday that Germany would base military planes in Senegal, supply a mobile clinic and potentially train personnel. At least 5,500 people have been infected in the current outbreak, estimated to have killed about 2,600.

Germany "will establish airlifts from Dakar, from where deliveries can be made to all three countries: Sierra Leone, Liberia and Guinea," Merkel said, referring to nations that have suffered the most deaths. "It's currently not a question of money, but of capacity and logistics," she added.

On Friday, President Joachim Gauck said that Germany would "attempt to do everything humanly possible to support the poor people who would be lost without aid from outside."

In Sierra Leone, completing the first day of a 72-hour lockdown that began at 000 UTC Friday, four teams of 7,000 members plan to travel door to door to determine the number of people infected by Ebola. They are also tasked with educating local populations about disease prevention and symptoms of the deadly virus. The country has had more than 550 reported deaths out of roughly 1,600 known cases, according to the World Health Organization (WHO). 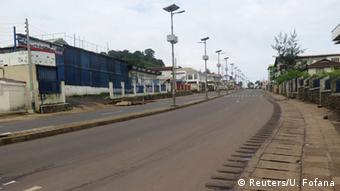 The United Nations, WHO and Doctors Without Borders have urged governments not to impose lockdowns, considering travel restrictions ian neffective measure for containing the virus. The bans have not made much of an impact on stopping the virus from spreading, but rather have made it more difficult and expensive to fight the epidemic, Manji Cheto, the vice president of the global advisory firm Teneo Intelligence and an expert on West African political economies, told DW.

Cases of Ebola in Nigeria and Senegal illustrated how officials can contain a "wider outbreak" if informed quickly, Cheto said. By contrast, inhibiting travel "drives up the cost of dealing with the crisis".