Angela Merkel has arrived in Moscow to commemorate the fallen WWII Soviet Soldiers. The German chancellor's appearance is seen as a compromise after she stayed away from a Russian military parade the day before. 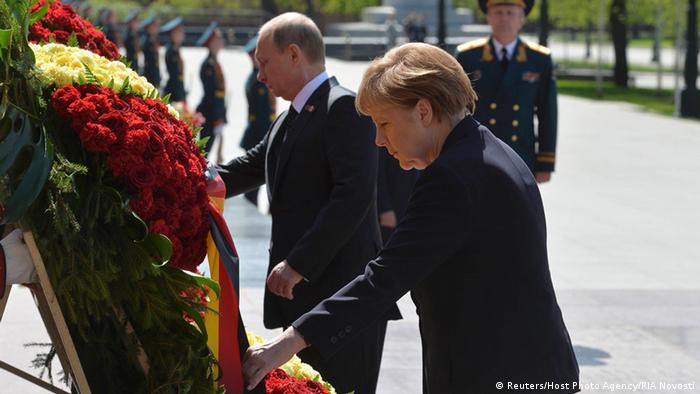 Russia on Saturday staged a huge parade to mark the 70th anniversary of victory over Nazi Germany - with most Western countries boycotting the festivities over Russia's annexation of Crimea and continued support for separatists in eastern Ukraine.

In an apparent compromise, Merkel on Sunday arrived in the Russian capital to lay a wreath at the grave of the Unknown Soldier and hold talks with President Vladimir Putin.

In February, Putin hosted Merkel and French President Francois Hollande for crunch talks over Ukraine. That was Merkel's first Russian visit since the start of the crisis that unfolded at the close of 2013.

Throughout 2014 and particular in recent months, Merkel has played a key negotiation role over Ukraine, acting as a go-between for an isolated Kremlin and the West.

'Everyone we wanted to see was here'

"Everyone we wanted to see was here," he said in televised remarks Saturday evening.

But he also thanked the Soviet Union's key WWII allies - the United States, Britain and France - for their "contribution" to victory as well as all those who battled against the Nazis in Germany.

Speaking on Saturday to Czech President Milos Zeman, one of the few European leaders who flew to Moscow for the festivities, Putin said a thaw in relations with the West was due.

"It was not us who initiated the chill in relations with Europe but I hope that thanks to politicians like you we will manage not only to revive them completely but to also move forward," Putin said.

The Czech leftist leader, for his part, said he was confident that "normal ties will replace that chill." 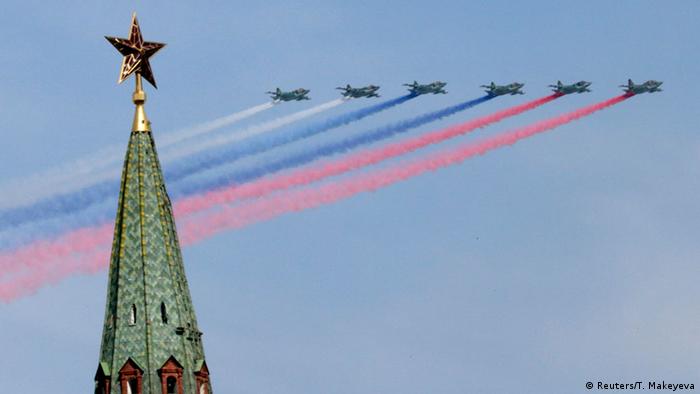 Saturday's festivities in Moscow were rife with nationalist pride

Carrying portraits of soldiers through the streets

Like Putin, many Russians shrugged off the Western no-show as they celebrated Victory Day well into the night, singing war-era songs and celebrating and honoring their veterans.

Earlier in the day, over half a million people marched through central Moscow with portraits of their relatives who fought in the war, in the biggest march during Putin's 15-year tenure as on-and-off president.

The 62-year-old joined the procession on Red Square, carrying a portrait of his veteran father Vladimir in his hand.