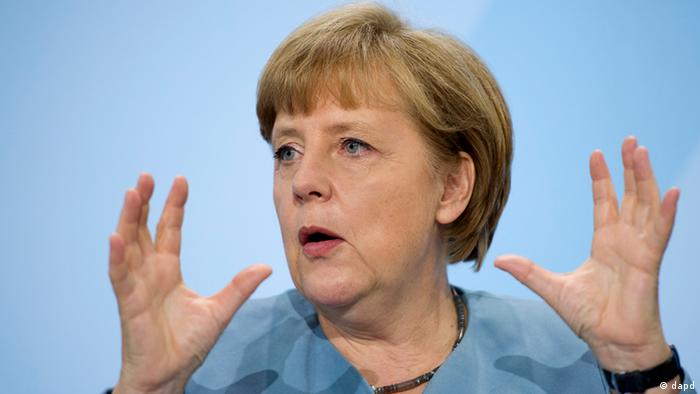 For German chancellor Angela Merkel, the most volatile issue at the moment is the eurozone crisis and the European economy. The German head of government has every reason to worry: Europe has never been so close to the brink of ruin as now. Economic activity has collapsed in most EU countries, with early signs of an end to economic growth in Germany as well.

In addition, next weekend Greece will see new elections, the results of which could pose new problems. The financial crisis in Spain's banking sector is intensifying. Furthermore, approval of the eurozone fiscal pact by members of German parliament just before the summer break is in no way certain.

A call for a fiscal union

Despite these tremendous challenges, Merkel appears confident that the crisis can be overcome. In an interview with German broadcaster ARD on Thursday, she said a proposal would be presented this month calling for closer cooperation among EU member states. "We need more Europe," Merkel said. "We do not only need a currency union, we also need a so-called fiscal union - that is, more joint budget policy."

She stressed that, it was not just the 17 eurozone states which had agreed to cooperate on a fiscal union; 25 of the 27 states in the EU were willing to put the brakes on debt and impose stricter austerity measures. 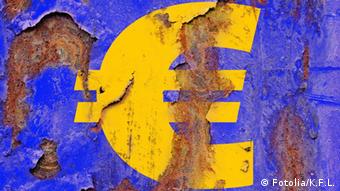 What's to become of the euro?

At the same time, she rejected the notion that she was focused on a one-sided fiscal discipline plan while neglecting to stimulate the economy. "I am the one who introduced the so-called Euro-Plus Pact which centered on issues of economic growth and competitiveness," Merkel said.

"I think budget consolidation and growth are two sides of the same coin," she added. "Without sound finance, there is no growth, but solid finances alone are not enough. Other things are necessary, especially competitiveness."

A breakthrough in negotiations

Meanwhile, there's been progress in negotiations between Germany's government and the main opposition party on approval of the fiscal pact and permanent rescue scheme for the eurozone. Negotiators from Merkel's center-right coalition and the opposition Social Democratic Party (SPD) said they had reached an agreement on the outlines of a proposal for a European financial transaction tax. Under the agreement, the German government would push within the EU for the tax to be introduced even if some EU member states refused to adopt it.

The SPD's Joachim Poss had already expressed optimism about the negotiations earlier on Thursday, saying he saw prospects for an agreement with Merkel's Christian Democrats (CDU), although he added that it wasn't clear whether the other party in the coalition, the liberal Free Democrats (FDP), would move on the issue.

The FDP has said a new tax should not burden on small savers and retirement schemes, and should not weaken Germany as a financial center.

The SPD and the Greens have said they will only approve the fiscal pact and the European Stability Mechanism if the transaction tax is introduced. Merkel needs their support since the the fiscal pact needs a two-thirds majority in both houses of parliament.

The Left party is the only opposition party to reject the fiscal pact outright.

Merkel, Cameron look beyond fiscal pact to save EU

German Chancellor Angela Merkel hosted British Prime Minister David Cameron on Thursday in Berlin, where the two leaders discussed ideas about how lead Europe out of the eurozone crisis. (07.06.2012)

A team around EU Council President van Rompuy is working on a plan to save the eurozone. In an interview with DW, Martin Schulz, President of the European Parliament, warns there's too much talk and not enough action. (07.06.2012)

Berlin wants financial markets to help pay for EU anti-crisis measures, in a deal reportedly aimed at easing parliamentary resistance to the bloc's fiscal pact. More stimulus for the eurozone is also planned. (05.06.2012)