A giant bronze statue of the namesake of Marxism has arrived in the German city of Trier, where the revolutionary socialist thinker was born 200 years ago. The artwork, a gift from China, didn't please everyone though. 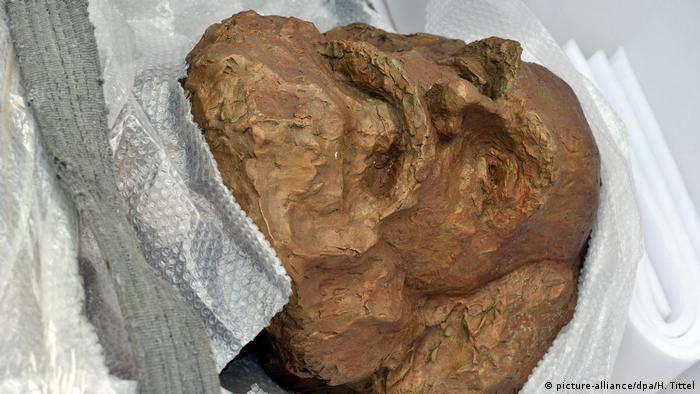 Karl Marx has come full circle: on Tuesday, a giant statue of one of the founding fathers of communism has arrived in his birthplace, the western German city of Trier, after being shipped from China to Rotterdam. The larger-than-life figure, a gift from the communist People's Republic of China, will be unveiled on May 5, the 200th anniversary of Marx's birthday, finally making public a piece of art that has unleashed political controversy.

Read more: Why a Marx monument is still controversial in Germany

Including the base, the statue of Karl Marx stands 5.5 meters (18 feet) tall, according to the Trier city website. It will be placed on the Simeonstift plaza in the center of Trier, within sight of the Marx family house in Simeonstrasse and looking in the direction of the birth house of Karl Marx in the Brückenstrasse. It will be accompanied by an info board. 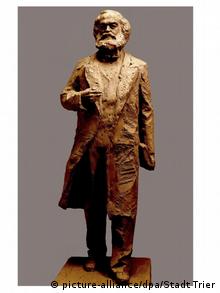 The statue was created in Beijing by Chinese artist Wu Weishan, using bronze poured into a plaster cast. He depicts Marx wearing in a frock coat and lost deep in thought. Citizens of Trier got a sneak peak of the statue last March, when a wooden copy was exhibited in the city (see gallery below).

But the statue's planned installment in Trier was not initially welcomed by all its inhabitants. Some criticized the towering height of the "Mega-Marx." Others voiced fears that the statue would lead to masses of tourists to make a pilgrimage to Trier. Human rights groups and organizations representing the victims of communism also voiced disapproval. 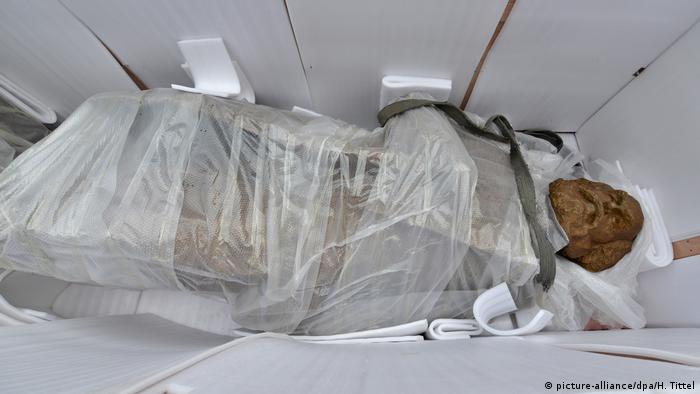 Not unpacked yet: the statue will be officially made public in May

The statue in Trier is not the only controversial monument pertaining to Marx: his gravestone in the Highgate cemetery in north London has also suffered vandalism and two bomb attacks in the 1970s.

Born amid the industrial revolution's era of historic social and economic change, Marx spent the first 17 years of his life in Trier. The revolutionary socialist worked closely with fellow German Friedrich Engels to develop radical new theories of class struggle, which argued that capitalism would eventually lead to its own downfall and the subsequent rise of a classless society. His most famous works were "The Communist Manifesto"(1848) and "Das Kapital" ("Capital. Critique of Political Economy"). He spent much of his life in the United Kingdom and died in London in 1883.