The hometown of Karl Marx has voted in favor of accepting a giant statue of the German philosopher and economist. Not all of Trier's citizens agree with the controversial gift from China. 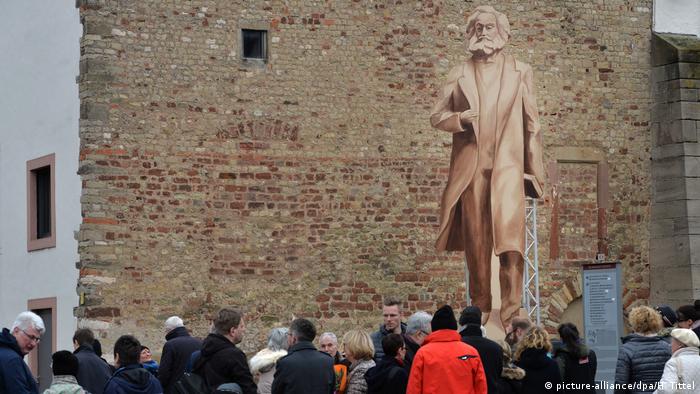 After months of discussions, Trier city council voted on Monday in favor of accepting a 6.3-meter (21-foot) bronze representation of the revolutionary socialist thinker Karl Marx. Council members in the southern western German town voted by a majority of 42 to 11.

The debate over the gift began last year when China announced that on the occasion of Marx's 200th birthday on May 5, Beijing would present the economist's hometown with a bronze statue.

The monument is designed by the artist Wu Weishan and will stand next to the city museum on Simeonstiftplatz.

'Shame and not an honor'

Over the last two weeks, Trier had a trial run of the gift by installing a wooden model of the planned statue.

The appearace of the effigy lead to immediate negative reactions from some citizens: "Setting up a statue of a man who played a major role in the development of Communism is a shame and not an honor for Trier," wrote one person in the local newspaper.

City authorities saw things differently, however. Trier mayor and Social Democratic (SPD) Wolfram Leibe said: "This has nothing to do with glorification. Those times are over."

Karl Marx was born on May 5, 1818, and spent the first 17 years of his life in Trier before studying in Bonn and then Berlin. Trier is preparing a special exhibition for his 200th anniversary next year, "Karl Marx 1818-1883. Life. Work. Times."

Ukrainians have transformed a statue of Soviet founder Vladimir Lenin into one of Darth Vader in the city of Odessa. The absurd but highly-symbolic move comes just before the release of the latest "Star Wars" movie. (23.10.2015)

The new exhibition "Unveiled. Berlin and its monuments" shows statues that were kept hidden from the public for ages. As symbols of Germany's troubled history, they can now tell their story once more. (28.04.2016)