Why a Marx monument is still controversial in Germany | Culture| Arts, music and lifestyle reporting from Germany | DW | 15.03.2017

Why a Marx monument is still controversial in Germany

The German city of Trier is accepting a huge statue of Marx given by the Chinese government. Historian Winfried Speitkamp told DW why such monuments cause dispute in Germany.

DW: The city council of Trier has decided to accept the controversial Karl Marx statue that China offered to the city for the 200th anniversary of the political thinker. Why are parts of the population as well as some politicians against this decision?

Winfried Speitkamp: There is certainly a whole series of reasons why Trier's citizens could be against this. For one, the government of China is not a model for democracy and human rights. Secondly, as one of the fathers of Marxism and Leninism, Karl Marx is a controversial figure. His writings served as the basis for a whole state form that turned into dictatorships. Finally, it is no longer common nowadays to erect statues dedicated to people - especially such monumental ones.

Many Karl Marx and Friedrich Engels statues in the Eastern Bloc were destroyed after the fall of the Soviet Union. How should Germany be dealing with monuments dedicated to these two philosophers today?

Several monuments were either destroyed or removed. Some were musealized, installed in something like a monument park, as was the case in Budapest. That was done to cut symbolic ties with the former political system. 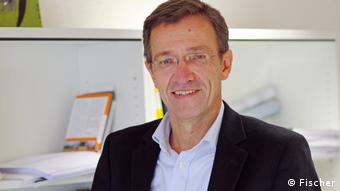 Along with the monuments, there are many streets still named after Karl Marx, not only in former East German cities, but especially there. That doesn't need to be interpreted in a political way, but rather as a part of tradition and history.

How are these two thinkers perceived in their German hometowns, Trier for Marx and Wuppertal for Engels? Did opinions change over the last decades?

After 1990, discussions tried to determine whether Marx and Engels were to blame for the political system that emerged in East Germany or whether their concepts were misinterpreted. This political discussion led to trying to dissociate Marx, the philosopher, from Marx, the political idealist. During this period, academia mainly avoided him and he appeared almost outdated. The complete works of Marx and Engels were pushed aside from university libraries - not only symbolically, but sometimes also physically. Scientific interest for the authors has been growing again lately. Marx is no longer perceived as the obsolete idealist of a failed system.

Why are academics re-examining Marx now?

For one, time has gone by since the fall of East Germany and the Soviet Union. People no longer believe that studying Marx comes down to supporting the East German system. Another factor is the growing criticism of capitalism and globalization. Marx is re-examined because people want to determine whether he had provided interpretations that could still apply today.

Additionally, interpretations associated with Marx are no longer perceived as menacing or revolutionary. When [left-wing German politician] Sahra Wagenknecht refers to Marx, no one fears that the revolution is around the corner. He is now a socially acceptable Marx, to some extent a "Marx light." 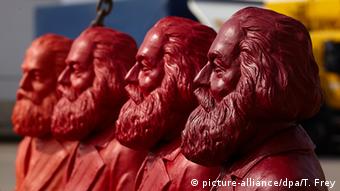 No longer a menacing figure: Academics are studying Marx again

He also has a different meaning for certain localities where he is commemorated. The city of Trier is not accepting the statue because it wants to reinstate Marxism, but rather to underline that he was born there and therefore belongs to the city's history.

As a historian, can you nevertheless understand that critics see Marx monuments as a symbol of the oppression and tyranny of communist regimes?

As a historian, I can understand very well that such monuments can no longer be seen as impartial testimonies of history. The other way around, I can also say as a historian that such testimonies of former times should also be maintained - with some form of accompanying explanation of their background, with a distanced presentation. Nothing should be erased from history. There are limits to this of course. Monuments dedicated to criminals should not be kept, but Marx is a philosophical thinker, which is why it's worth dealing with him.

It is, however, unusual to erect a new monument. This could only be conceivable in a place such as Trier, where he was born.

During the Trier city council discussions, many politicians were opposed to the fact that China was giving the statue, because of its human rights violations. Do you think the project would have been as controversial if the city had commissioned a German sculptor to do the work?

The idea would have appeared completely absurd. Such monuments are no longer built in Germany nowadays. The connection with China has of course a touristic purpose. This was the case with the Engels statue in Wuppertal, which was also offered by the Chinese government, causing some controversy as well. These monuments attract hordes of Chinese tourists. In China, Marx and Engels are not only major thinkers, they are actively studied. It still remains strange and anachronistic to allow another country to prescribe not only what this monument should look like, but determine that it should absolutely be installed in a public space - that's not unproblematic.

Winfried Speitkamp is a history professor at Kassel University, with a focus on cultures of memory, preservation of historical monuments and political symbolism. He is taking on a new position as president of the Bauhaus-Universität Weimar in April.

The hometown of Karl Marx has voted in favor of accepting a giant statue of the German philosopher and economist. Not all of Trier's citizens agree with the controversial gift from China. (13.03.2017)

From the Middle Ages to communism – the city offers sights from many eras: a romantic moated castle, an Art Nouveau district and a gigantic bust of Karl Marx. (06.03.2017)