May stalled as Brexit goes to UK parliament | World| Breaking news and perspectives from around the globe | DW | 24.01.2017

May stalled as Brexit goes to UK parliament

The UK government has lost an appeal in the Supreme Court on a Brexit case, meaning that parliament must be given a vote before the formal process of leaving the EU can begin. Samira Shackle reports from London. 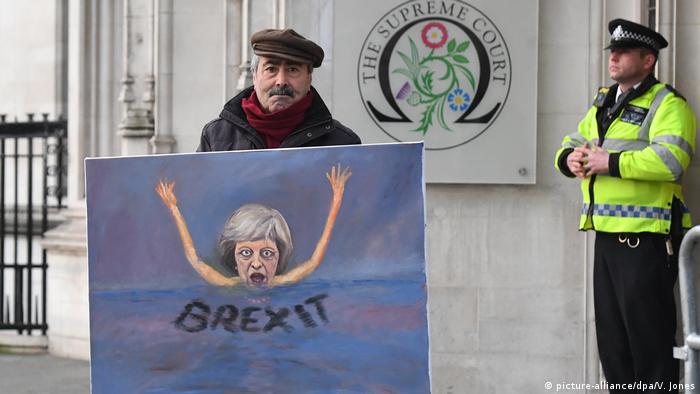 The judgment means that Prime Minister Theresa May cannot begin talks with the EU until both the House of Commons and the House of Lords give their backing for her to trigger Article 50. It is expected that this will still happen in time for the March 31 deadline set by May. The Labour leader, Jeremy Corbyn, has indicated that his party will not seek to delay the process.

Campaigners, led by investment manager Gina Miller, had argued that it was undemocratic for the government to deny parliament a vote. The government countered that it had the power to trigger Article 50 and start the formal process of Brexit without winning a vote. Campaigners won this case in the High Court in November.

Reading out the judgment, Supreme Court president Lord Neuberger confirmed that the government "cannot trigger Article 50 without an act of parliament authorizing it to do so." The court also ruled that the devolved parliaments in Wales, Scotland and Northern Ireland would not get a vote, a victory for the government.

"The government will be disappointed with the main judgment," said Matthew Cole, lecturer in history at Birmingham University. "However, they will be comforted by the fact that the political climate at Westminster is very reluctant to appear hostile to Brexit. Ideologically the Labour Party - and, nominally, Corbyn - is in favor of Remain, but electorally they are looking at the Copeland by-election, and the Stoke on Trent by-election, and the threat of the UK Independence Party," he told DW. 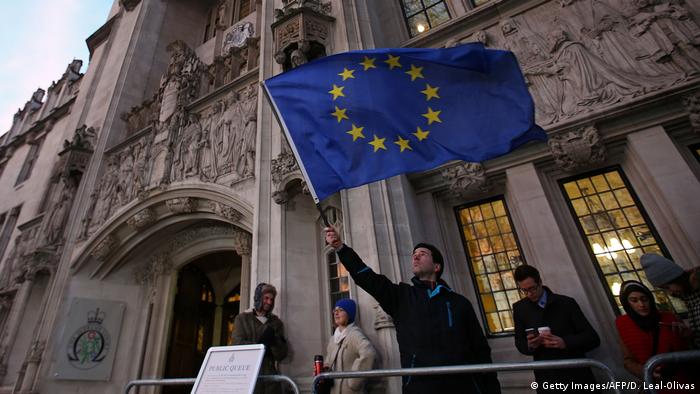 A lost cause but for many one worth fighting for

After the High Court decision last year, the tabloid press went into full attack mode, publishing photographs of the three judges. One paper labeled them "enemies of the people." Today Miller, the main complainant, emphasised that despite the "divisive" nature of Brexit, the case was "not about politics, but process."

Yet prominent Leave campaigners have already attempted to paint the decision as anti-democratic. "Today's judgment gives our out-of-touch Establishment the ability to soften or delay the clean Brexit a majority of the British people voted for," said Arron Banks, head of the controversial campaign group Leave.eu and the main funder of UKIP, in a statement.

However, many commentators have held up the decision as a good example of Britain's parliamentary democracy. "This certainly means a greater involvement of parliament in the whole Brexit process; constitutionally and legally, it is for parliament to decide," said Piet Eeckhout, professor of law at University College London. "I would hope that the tabloid and political reactions will be measured - eight out of 11 is a very strong majority, of course, so that means now 11 out of 14 senior judges have decided that this is the right view after very extensive proceedings. How much more serious can you be?"

Brexit is a deeply divisive issue. Despite Leave supporters' anger over the court judgments, Remain voters are frustrated at the growing parliamentary consensus. "Today's ruling doesn't make any difference: the Labour party has already agreed not to vote down Brexit regardless of the terms," said London-based Remain supporter Owen Kean. "This whole debate has uncovered the vitriolic hatred of the right wing press and prominent UKIP members for parliamentary process when threatened with something they don't like. They've shown nothing but contempt for British democratic process and the people who officiate it," he told DW.

The Supreme Court judges did not specify what form the legislation should take, and there has been speculation that the government will produce a single line asking parliament for its assent.

The Scottish National Party, which has a significant number of MPs in Westminster, has said it will table 50 "serious and substantive" amendments to the bill, while the Liberal Democrats have said they will push for a second referendum on a final deal.

"They will make a lot of noise. This will be a frustration for the government that could cause a delay but I doubt it will take the process beyond the end of March," said Cole. 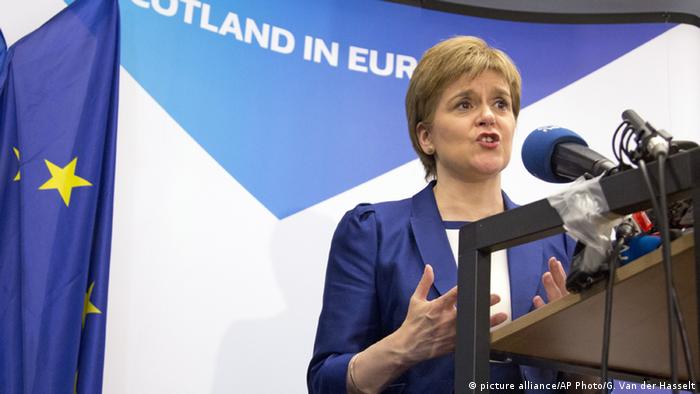 While the debate in the courts is now settled, major issues remain. The decision that the devolved parliaments would have no say leaves Scottish First Minister Nicola Sturgeon with a dilemma about whether to seek another independence referendum.

"To be honest, the ruling that the Scottish Parliament has no say feels like a kick in the face," said Edinburgh-based writer Caroline Flyn. "Every constituency in Scotland voted against leaving the EU. The question of whether we might keep our membership of the EU after independence dominated the referendum. Now we find that, despite remaining in the UK, we won't have an EU membership in any case. It's absolutely infuriating," she told DW.