When Gina Miller took Theresa May's government to court, she did not expect so much vitriol, she tells DW. But it was all to make sure that the British Parliament would get a say when it comes to triggering Article 50.

DW: The British Supreme Court is due to hand down its decision on Tuesday. Do you think you will win the case?

Gina Miller: Yes. To me, it was always clear that it is such a black and white letter of the law case: Parliament is sovereign. The drama around it became all about politics, not about the case. When I was vilified by the press and politicians, I always asked: Have you actually read my case? If you knew what it was about, you would be backing it. But the drama has been extraordinary. Everything about Brexit is about emotion. It is like a religion. People's rationality seems to have been thrown out of the window.

But do the critics not have a point? You were against Brexit - so your case is also political.

I voted for remain. But we lost. So we have to move on. Everyone was talking about sovereignty. Before we trigger Article 50, our parliament, which is the sovereign, needs to debate it and vote on it.

We need to talk about every element of what Brexit will look like. What will it mean for our agriculture, for science? For our schools, our security?

What exactly do you expect the MPs to do?

Their job. I don't feel that they have done so. Their job is do what's best for our country and stand up for the people who have elected them. The problem I have with [Prime Minister] Theresa May is: Her actions are about her party, and not about the country.

Sometimes politicians have to make unpopular decisions. So I am hoping,  once we win, and the mantle is handed over to the MPs, that they will properly debate Article 50.

Is Theresa May on the right track to leave the European single market?

I don't think that people voted for that. Immigration was the number one issue, but does that mean by inference that people voted to leave the single market? I would like to see the evidence for this. The post-Brexit vote data does not suggest it.

I had lots of messages from leavers who said: We back your case, because we did not vote for a hard Brexit. This is all politics. A lot of Theresa May's actions are about her party, and not about Brexit at all. We have to get back to what's best for Britain. 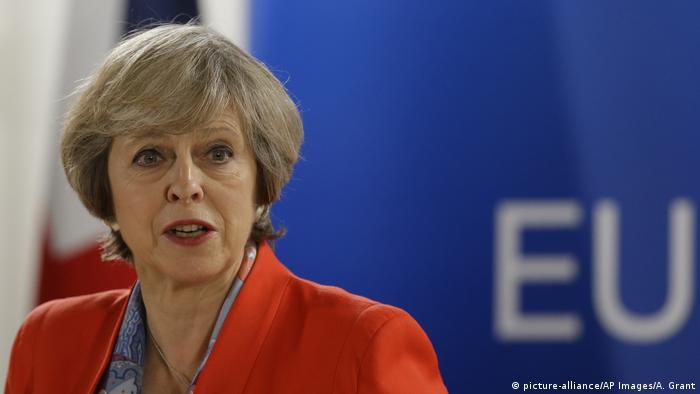 You've come under a lot of attack since you launched the court case. Has your life changed?

Yes, particularly my family life. I had not anticipated it. We don't go out any more as a family at weekends, I don't use public transport. My children have special entrance at school. There are incredibly threatening letters. The police take it very seriously.

People have said, if I was a white man bringing about this case, I would not have experienced the same. The vitriol has been personal, it is not about the case, people have not taken the time to read about the case.

What kind of support have you received?

What has shocked me was that nobody would publicly stand up and speak alongside me. I was naive: I thought in time, when people saw how fundamental my case was, that I was defending democracy, that other people would stand next to me or behind me. But since July when the courts made me the lead claimant, I have not spoken to a politician. Not a single person has come forward, and I am shocked by that.

There is a real fear. The good people who would normally speak up fear that they would be branded a traitor. That is a really bad place for a country to be in. You only make good decisions if you have different opinions, which you weigh against each other. And Brexit is such a momentous decision, we need people to speak up!

And that's why you have been sticking with it?

I was advised not to do it by many people, they told me to run away. But we have to confront it and educate people.

I have put myself in front of shows, phone ins, and I was told that as a colored woman, I have no right to speak up. Or that I could possibly be not bright enough to have brought about this case, that there must be rich and powerful men behind me. What happened to society? We need to stand up, so these are not the only voices to be heard.

The only things I own are my voice and my principles. And I will use them to what I think is my duty to defend my country. I have no other motive than that. I will carry on sticking to that.

Gina Miller, co-founder of investment fund SCM Private, is the leading claimant in the Brexit court case and wants parliament to legislate on the terms of Brexit before Prime Minister Theresa May can trigger Article 50.

On Tuesday, the British Supreme Court will decide whether Parliament should vote to commence divorce proceedings from the European Union. Investors are welcoming this because above all they need one thing: certainty. (23.01.2017)