Can the British government launch Brexit without seeking parliamentary approval? That is the question that Britain's highest court will decide in a hearing that began on Monday. Samira Shackle reports from London. 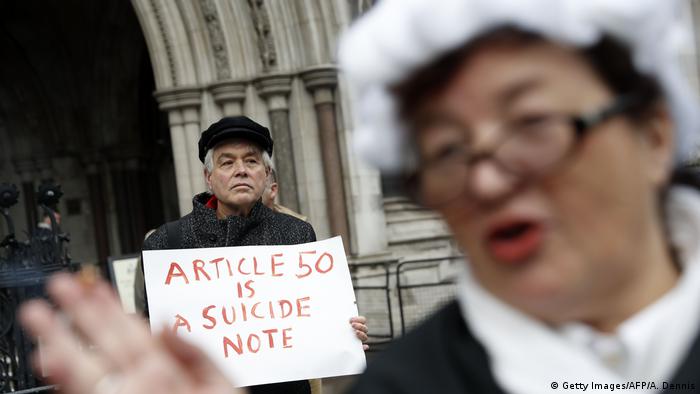 Prime Minister Theresa May argues that the referendum result, along with existing ministerial powers, means that MPs do not need to vote before Article 50 is triggered and the formal process of exiting the European Union begins. However, in early November, the High Court ruled that the government could not do this without the approval of parliament.

The government is appealing the ruling, and the case will now be heard in the Supreme Court. "Normally, in order for there to be a strong likelihood of a different outcome you would expect new evidence to be presented, some material change in the testimony to the court. That is not going to be the case here. They're simply going to be asked whether the evidence that was the basis of the previous judgment was misread by the High Court," Matthew Cole, lecturer in history at Birmingham University, told DW.

In Britain's currently highly politicized climate, the court battle has been portrayed as a ruling on whether Brexit can go ahead. This is despite the fact that both the Conservative and Labour parties have indicated that they would vote in favor of triggering Article 50. The government fears that if a full act of parliament is required, the House of Lords could cause long delays by tabling amendments. 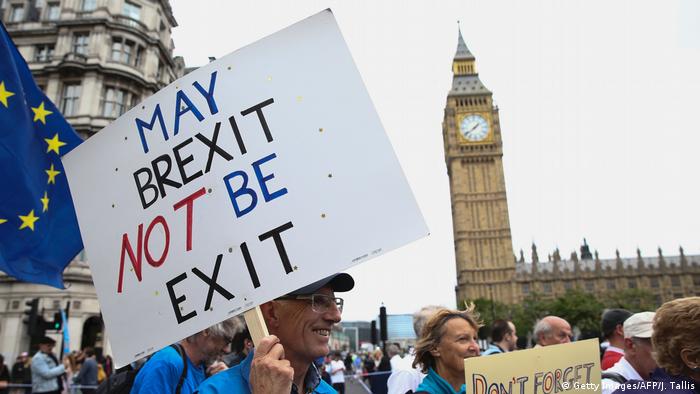 The issue at stake is in fact a finely tuned constitutional question about the powers of government. "The most important thing to bear in mind in this case isn't about whether Brexit should happen; it's about whether the government has the right to use their powers to undermine an act of parliament, and it's hard to see why the judgment would change," Oliver Patel, research associate at University College London's European Institute, told DW.

Britain's constitution is uncodified and based on laws and statutes. The legislation that enacted the referendum stated that the result would be only advisory, not legally binding, so the leave vote does not automatically overturn the 1972 legislation that took Britain into what is now the EU. In the UK, governments need the approval of parliament to overturn or undermine legislation.

"Our constitutional authorities regard parliamentary sovereignty as the supreme authority in British law-making," says Cole. "We joined the EU by a parliamentary statute, and therefore only a subsequent statute, or at least only by a resolution of parliament, could you undo that decision. Referendums have no binding legal status. Parliament can choose to ignore them or delay their implementation if it wants. And the High Court in a sense was merely confirming that."

The government's lawyers are likely to argue that triggering Article 50 doesn't mean leaving the EU, and that parliament would still be allowed a later role. "The question is: does the government have the right to use prerogative powers to undermine previous legislation?" says Patel. "In the interests of constraining potential authoritarian governments in the future, the judges would probably want to say no."

The High Court ruling in November caused huge controversy, with an unprecedented level of criticism in sections of the media. The Daily Mail, an influential right-wing tabloid, published a front page declaring the three judges "Enemies of the People," while the right-wing broadsheet The Daily Telegraph ran a similar headline: "The judges versus the people." Across the board, the tabloids portrayed the ruling as an attempt to block Brexit. 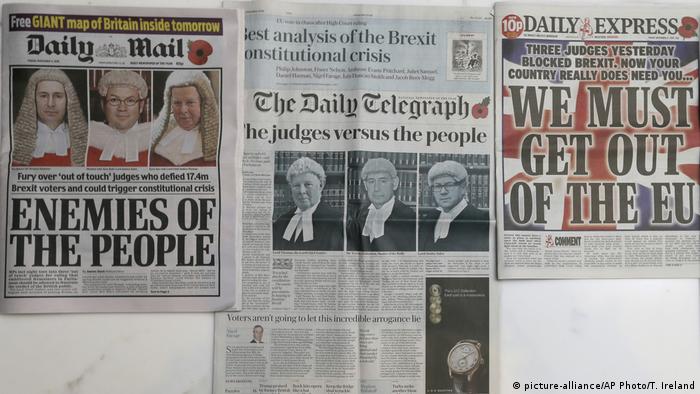 Former UKIP leader Nigel Farage had threatened to hold a 100,000 strong march on the Supreme Court during the hearing, but it has now been called off. Protests by both pro-Brexit and pro-remain groups are still expected to take place outside the court. "The ability of judges to act independently of outside pressure is going to be tested," says Cole. "The British judiciary has a strong tradition of being able to resist that sort of pressure, but this is an unusual level of attention on an individual judgment."

The British judiciary is broadly seen as apolitical and independent, and it enjoys a level of respect and popularity. The high tensions over the Brexit vote threaten to undermine this. "The judiciary is a real pillar of UK democracy, and it would be alarming if the public respect and trust started to change," says Patel. "All eyes are on the government to see how they respond. If they lose, the best thing to do with respect to protecting the independence and credibility of the judiciary, would be to say, 'We respect their decision and the judges upheld the law.' Ideally they'd condemn media attacks."

The case will be heard by 11 judges - the maximum number - and will take place over four days. The verdict is expected in the new year.