For journalists in Pakistan, criticizing the establishment can have dire consequences, says Matiullah Jan in a guest opinion for DW. The Islamabad-based journalist was kidnapped and beaten last month. 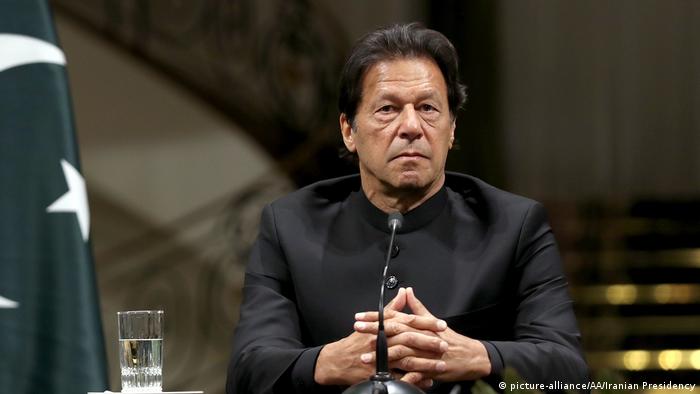 As a Supreme Court reporter in Islamabad, I have been caught in the crossfire between independent-minded judges and Pakistan's powerful military establishment.

Last month, I was kidnapped, tortured and released by a group of unknown assailants. The incident came a day before I was due to appear in court over a tweet I wrote criticizing the Supreme Court. At the hearing, the judge didn't believe that I was abducted.

Pakistan today may seem like a democracy for rest the world, but to many Pakistanis it is not.

Political activists, social media bloggers and journalists who are opposed to the military establishment's role in politics are being subjected to draconian cybercrime and anti-corruption laws used to silence them. 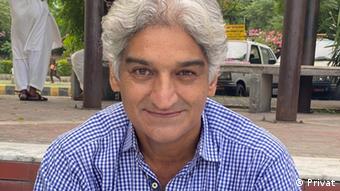 Although there is a democratic government in the country, activists and journalists are still being abducted and forced to change their opinions in what has sarcastically come to be known as a "software update" — if and when they are released.

Even before Khan came to power, Pakistani journalists faced threats and intimidation from both sides of the civil-military divide.

Threats to journalists and forced censorship

Many journalists confirm on the condition of anonymity that they are harassed and threatened by security agencies directly, or through their employers, for stories and social media posts.

In some cases, journalists are picked up the street and driven around by unknown assailants for a "short course on patriotism."

Certain media groups are known for backstabbing and throwing journalists under the bus when there is a "complaint" from "above."

Some journalists, writers and anchors get a slap on the wrist, while others are kicked out the door.

Years of harassment and intimidation

I personally have experienced 10 years of harassment and intimidation for my critical work as a journalist. None of these incidents were investigated by police.

In one incident, my car was attacked with bricks as I drove with my family. My picture had been shown by a military spokesman at a press conference, and I was accused of being part of an anti-military, anti-state network.

Before the 2018 elections, I was warned about a potential terrorist attacks targeting me and other journalists.

I faced an undisclosed government inquiry for posting murdered Saudi journalist Jamal Khashoggi's image as my social media profile picture during a visit of the Saudi crown prince to Islamabad.

My talk show was also shut down, and my family and I have been followed and harassed. The latest incident involved a tweet criticizing the Pakistani Supreme Court. I was charged with contempt of court.

On July 21, the day before I was due to appear in court for the contempt proceedings, I was dropping off my wife at the school where she teaches. I parked my car outside the building, and was reading through some documents and making calls in my car, when a white vehicle with police lights approached me.

A bulky man in civilian clothes got out, opened my door, and pulled me out of my car and said, "Come with us."

I tried to resist as several uniformed police personnel with "anti-terrorist" squad written on their clothes jumped out of other vehicles that had joined the scene.

They manhandled me into one of the vehicles. As we drove off, some uniformed police officers grabbed me by the neck and arms, pushed my head towards my knees and handcuffed me.

They then blindfolded me, put a black hood on my head and started hitting me on the back as I gasped for air.

I told them I couldn't breathe, and they kept shouting: "Keep quiet, why do you do all this? Now we will teach you a lesson."

After a 30-minute ride, I was taken out of the vehicle and thrown down onto concrete. I could hear the sound of iron gates opening and shutting. I assumed we were in some kind of prison.

Beaten in a police jail

Fully blindfolded, hooded and handcuffed, I was then hit with a wooden stick on the back and legs and punched in the head.

I repeatedly tried to tell them that I had been summoned by the Supreme Court of Pakistan for a hearing the next day. If failed to make it, I would be in big trouble

My assailants were unmoved. I asked them if they wanted something from me, and they said: "You are an educated and wise man. You know better."

They also named some of my children and asked about their whereabouts. Before leaving, they put the blindfold on my forehead rather than the eyes. I think they wanted me to see the surroundings, which was an official police jail.

I kept asking them to inform my wife and children that I was alive. But they ignored me and continued to threaten me with serious injury like breaking my nose and teeth.

After few hours, I was again blindfolded, handcuffed, and my mouth was taped. I was carried outside the jail and thrown into what felt like a big vehicle with leather seats and air conditioning.

After about an hourlong journey the vehicle stopped on a quiet side street, someone pulled me out of the vehicle and I was dragged out.

I heard one of my assailants say, "This guy is not Zarak Khan," and that there seemed to have been a mistake.

One of the guys took off the handcuffs behind my back, and I heard them run away.

I sat up, removed my blindfold and hood and saw I was alone on a dark street. I walked towards the main road nearby where traffic was visible.

I borrowed a phone from a passing pedestrian and called my brother to pick me up. I was glad to see my family, and they were relieved that I was alive.

I was told that the national and international media and political groups reacted to my kidnapping in an unprecedented way. The public pressure may have been too much for my abductors.

The next day when I appeared before the Supreme Court to face the contempt of court allegations, the judge in his order described the incident as an "alleged abduction."

This reopened the wounds of the torture I had experienced the day before. No wonder, many people believe that Pakistan's entire legal system has been abducted.