Russia is on edge as the controversial historical drama premieres. DW's Juri Rescheto in Saint Petersburg explains why attacks have dogged Aleksei Utichel's film and why the response has been too little, too late. 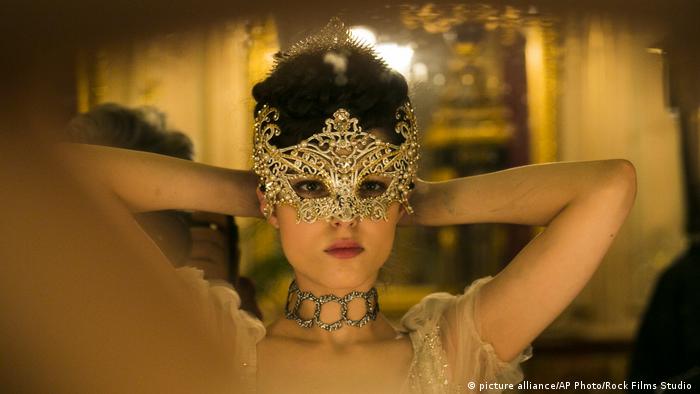 "Matilda" is good at playing hide and seek. Nothing pointed to a premiere: no posters, no trailer, no program brochure. Instead, the calendar of events at St. Petersburg's Mariinsky Theater announced a guest performance of the Estonian National Ballet. Nothing else.

Barely known was the fact that on Monday, the famous theater was hosting an event of national significance, a premiere that had the whole country holding its breath for months. At the Mariinsky, on a different stage next to one where the contemporary Estonian troupe was performing, an entirely different ballerina danced, one who is historic, classic and controversial. Her name? Matilda — the main character of the eponymous film by Russian director Alexei Uchitel.

Over 100 years ago, Matilda Kschessinskaya, the picture-perfect dancer of Polish origin, turned the head of Nicholas II, Russia's last czar. The affair almost cost him the throne — almost, because he remained steadfast and returned to his wife, the German princess Alix von Hessen-Darmstadt. The monarchy was saved, even if not for long…

That's as far as the script for this movie goes. Made in the Hollywood manner of an overly pompous costume drama, the film has been a thorn in the eye of the Russian Orthodox Church for nearly a year and has given militant supporters of the state church a reason for hate and violence. 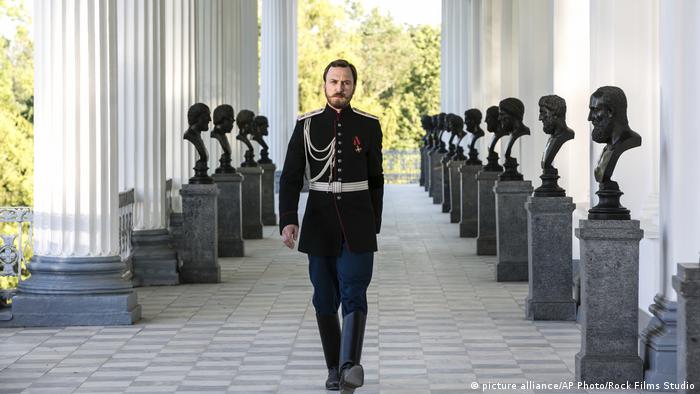 Natalia versus Matilda: a politician fights the film

Behind the hate campaign is a delicate blond: Natalia Poklonskaya, one of the glitziest figures in Russian politics. The former public prosecutor of the Crimean Peninsula is currently a member of the Russian Duma, the lower house of Russia's parliament. About one year ago, she made the fight against "Matilda" her life calling. She accuses the film of portraying the czar in an "unworthy" manner.

Nicholas II was murdered by the Bolsheviks as a consequence of the October Revolution of 1917 and was recognized by the Russian Orthodox Church as a martyred saint in 1981. Thus, the film is opposed on the grounds of "insult to religious feeling," which in Russia is punishable by law.

Poklonskaya has not seen the film. When I asked her how she reached her judgment, the member of parliament answered that one need not eat a whole bucket of crap in order to know how bad it tastes. Just a spoonful suffices. The "spoonful" is the trailer that she has seen. It has a chaste bedroom scene. That seemed to be enough for her. 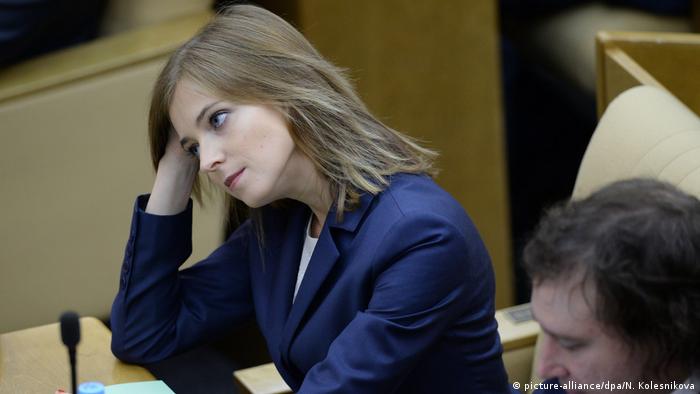 Poklonskaya pulled out all the stops: she gathered signatures, submitted one claim after another to the state's attorney, worked with group after group of experts. All fruitless. "Matilda" may be screened. After a private viewing, the Duma came to the conclusion that the film was permissible.

But it was too late. The authorities had remained silent for too long, and the spirit of religiously motivated hate had already been let out of the bottle. Poklonskaya's threats, and those from the ominous group "Christian State — Holy Rus," had been observed passively for too long.

When I met supporters of this group in February in the Russian city of Lipetsk, some 438 kilometers (272 miles) southeast of Moscow, they defended their threats to set fire to cinemas that want to show "Matilda." One wants to fight "for the honor of the holy czar," so they said, and for the honor of "Christian State — Holy Rus," as they called their organization at the time.

A troop of numerous, well-trained, bearded young men sat across from me and filmed our team as we filmed them. It was an absurd and unsettling situation. Some half a year later the leader is in jail and the unregistered group has been classified as an extremist organization.

Read more: Does Russia have an 'Orthodox Taliban' problem? Protesters against the film 'Matilda' think the movie dishonors the czar, who was canonized in 1981

But even that came too late, as a series of events reveals. On September 4, just days before the sneak preview in Yekaterinburg, a metropolis of over 1 million lying east of the Ural mountains, a minibus rammed into the cinema where the screening was to take place. The cinema went up in flames. The driver and arsonist's attack was motivated by protest against the film.

On September 11, heavily armed security troops were called out to Vladivostok to protect viewers and "Matilda" director Uchitel — who had traveled from Moscow some 9,174 kilometers (5,700 miles) to the far eastern city — from potential attacks. Shortly before, coach buses drove through Vladivostok displaying texts calling for a boycott of the film. 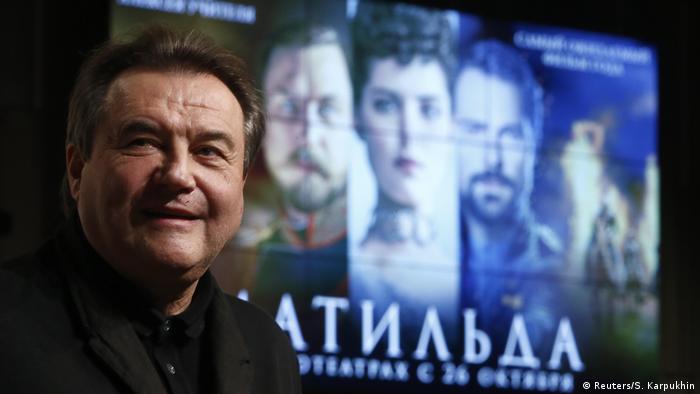 And in Moscow on the night of September 11 to the 12, the car belonging to Uchitel's lawyer was burned. Three suspects were arrested, one of whom was a "Holy Rus" religious extremist. A search of the house belonging to one of the arrested individuals turned up stickers bearing the slogan, "To burn for Matilda."

Not even director Uchitel's personal appeal to Russian President Vladimir Putin can stop the violence. On Monday, despite threats, just 20 protesters showed up to the premiere. The group gathered in the freezing cold outside the Mariinsky Theater and sung prayers as witnessed by social media users and news agencies.

Results: these are the sweets most popular in your country!