Martin Roth, a German and director of the Victoria and Albert Museum in London, sees the result of the UK's referendum as a personal defeat. He told DW why the Brexit is stealing the youth's future. 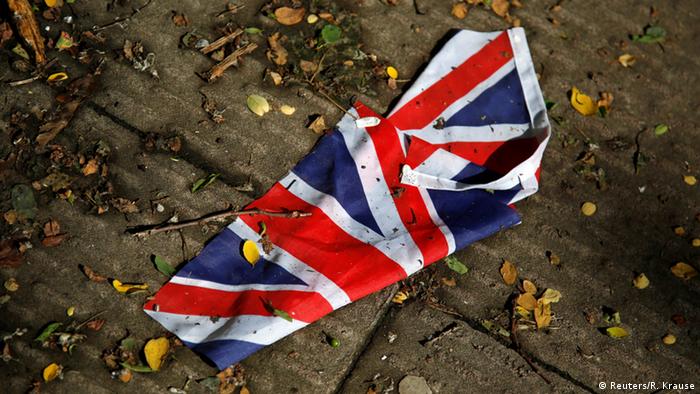 DW: Mr. Roth, are you stunned by the results of the UK's EU referendum?

Martin Roth: I'm perhaps not as shocked now as I have been for weeks already. I slowly got used to the situation. Nevertheless, once it becomes clear, it is even worse.

I consider this outcome a personal defeat. It's like a separation in a relationship: as long as the process is underway, you can't really believe it's happening. You only really wake up once it's finalized. That's how I feel now.

You had feared this could happen, but were you expecting it as well?

What's the difference? I already found the "war rhetoric" in the Brexit debate so aggressive - so untypically English.

What happened to tolerance, solidarity and charity? And I'm not a dreamer. I'm just talking about basic values - manners that are part of our upbringing and connect us. Where are they now? 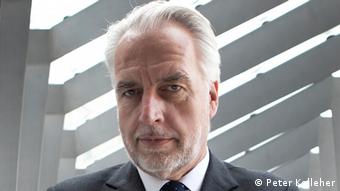 Martin Roth, director of the Victoria and Albert Museum

That doesn't just go for England. The same thing is happening in France with Le Pen, and in Germany with the AfD party. A "me-first" mentality has suddenly started to spread - and it is brutal.

I can understand that people ask: how should we deal with Brussels? But it seems crazy to me that this question should lead to smashing everything else. It is destroying the future of our children. That's sad. A majority of older people have voted for the Brexit, while the younger generation wants to remain in the EU. That means the elderly have stolen the youth's future.

How will this impact the cultural sector?

I have no idea. We can discuss this every week. On a national level, we will have to get used to living without European funds. That will especially affect research.

But I actually feel affected on an ideological level more than on an economic one. We are entering the separation phase. It will be horrible.

How can culture react - throughout Europe?

I don't like this question. Artists aren't clowns you can fetch to shake up politics and say "You could also think this way." A cobbler should stick to his trade.

Many artists expressed their worries before the Brexit though.

The cultural sector cannot redress anything now. Artists will stay out of it. They might go into an inner emigration or try to rebuild something long-term. But it's not as though we can expect much of a direct reaction from the arts or from artists. I wish that were different.

On the other hand, the day after the referendum, nobody knows what a Brexit concretely means - whether it will lead to new customs or visa regulations for example.

Our international networks will not collapse, but their background is being questioned. Until now, we had assumed we were all working together towards a common platform. Now that platform has been smashed.

Martin Roth, born in 1955, has been the director of the Victoria and Albert Museum in London since 2011. He was one of the first Germans to lead a major British museum. He has been appointed President of the German "Institut für Auslandsbeziehungen" (Institute for Foreign Relations) beginning next year.

The British have voted to leave the European Union - and now the cultural sector is suddenly waking up to the potential consequences of a Brexit. And they're right to be worried, says DW's culture editor, Stefan Dege. (24.06.2016)

Photographer Wolfgang Tillmans: 'Brexit draws on a desire to disrupt and destroy'

Photographer Wolfgang Tillmans is the only German Turner Prize recipient. The London-based artist created a poster campaign to warn Britons against voting to leave the EU. He told DW why he decided to get involved. (15.06.2016)