The German Martin Roth is the director of the world's leading museum of art and design, the Victoria and Albert Museum in London. Regardless of the results of the Brexit referendum, he sees the whole debate as toxic. 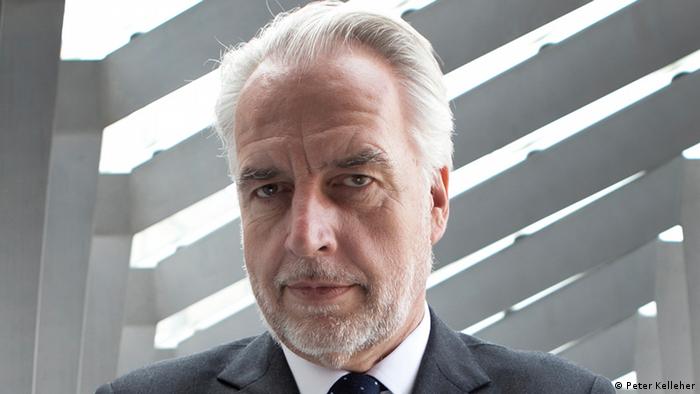 DW: Mr. Roth, are you worried by a potential Brexit?

Martin Roth: Yes, absolutely! Just the thought that we could be ruining everything our parents' generation achieved - a policy of peace, reconciliation and common thought - is quite a horrible perspective.

Some liberal-minded Brits who want to exit the EU claim Europe is too small to be their connection with the rest of the world. Does this also apply to culture?

This is not an easy question to answer. After living for five years in London, where I felt warmly welcomed, I know that this is an absolutely open society. It is open to new ideas on social issues and to global debates. It is an open country, and it has always been open. After spending centuries being used to the fact that parts of the family were living in India, New Zealand or Canada, some might perceive being directed by Brussels as a limitation.

So does this perception apply to culture as well?

Of course, culture is always open. On the other hand, there are many artists working in England from all over the world. They feel at home here and do not have much sympathy for control policies. I also have the impression that very few of them apply for grants from Brussels, because they do not feel connected with Brussels at all. It doesn't matter if they come from Australia or South Africa, Brussels does not come to mind, because they think beyond the limits of Europe, looking to Africa or New Zealand. That is a question of mentality - and it is, by the way, different in business.

How would you describe the mood in the British cultural scene before the referendum?

Until now, people in cultural circles tried to ignore the whole discussion, because no one wanted to believe it was actually happening. Many found it too absurd to even think about it. Now many are shocked to discover that board members or patrons of the arts are suddenly strong Brexit proponents. That is shocking.

I do not know many artists as such who are for the Brexit, so they are shocked to find out that supporters of the arts are in the opposite camp. Many still believe they'll be unaffected by the whole process.

Nearly 300 leading arts figures have pleaded for Britain to stay in the EU. Would a Brexit really be a catastrophe? Who would be most affected by it?

No one can really predict what it means. Culture might not be threatened by an immediate disaster, but long-term impacts can be expected. Last night, someone asked me: "Will you soon need a visa for the EU?" (laughs). Suddenly, absurd questions pop up that would probably need to be cleared after the referendum.

Many are worried by this emotional stumbling into an unpredictable process. We do not know what we are talking about - taxes, visas, customs duties, work permits for artists in other countries? Will English artists need to move out of Berlin if they have been living in Germany for too long? For now, these are only horror scenarios that no one can really imagine. Brexit proponents haven't thought the whole thing through. It is an emotional debate.

You are also reacting emotionally to the debate. Do you fear a Brexit could impact your personal life, too?

This is an isolating policy. People want to distance themselves from Europe in order to gain access to other parts of the world without being involved in European politics. I see this as a completely wrong path. You need to participate to change something. You can't change anything when you drop out!

What this means for culture is not the immediate act of leaving the EU but what happens on the long term. It means distancing the country from continental Europe. We will still be Europeans here in the future, that will not change, as it is part of the geographical historical and cultural identity of the country. But on a political level, things will get complicated. This tension between culture and politics is what concerns me.

If we consider the rest of Europe, who would lose the most if the UK were to leave the EU?

The problem with the Brexit debate should be seen on another level. Just the fact that we are talking about it now is already a catastrophe. The debate itself is destructive. Now that a whole camp in England has declared itself against Europe, even if Great Britain does not leave the EU, it will still remain a matter of discussion. It is a polarizing discussion that doesn't benefit anyone, whereas the country could be engaging in the EU and trying to reform it instead, to make it faster, better and different.

You might understand better why I'm so committed: I was born in 1955. For me, Europe is simply synonymous with peace. I didn't want to be a German. I did not want to grow up in a country that had killed a huge part of its population. So for me, Europe always gave hope for a peaceful future, based on sharing, solidarity and tolerance. Dropping out always means creating cultural barriers and that worries me.

Do you believe you would have obtained your position at the Victoria and Albert Museum after a Brexit?

Yes I do. Great Britain is an absolutely open country. I have never lived in a country with such an open society. I'm not worried about this basic openness. I'm rather worried that the identity of the country would eventually change. I'd probably still be offered a job, but the question is rather, would that job still be as attractive in such a context?

Martin Roth, born in 1955, has been the director of the Victoria and Albert Museum in London since 2011. He was one of the first Germans to lead a major British museum.

Over 250 UK stars plead against Brexit

Benedict Cumberbatch, Helena Bonham Carter and Jude Law are among the nearly 300 British actors, musicians and other leading arts figures to urge Britain to remain in the EU, amidst the current referendum campaigns. (20.05.2016)

EU leaders are trying to help the pro-European camp in the Brexit referendum by staying out of the debate. That could be a mistake. It also tells us a lot about the state of EU-UK relations, says DW's Bernd Riegert. (05.06.2016)