Marie Juchacz: A life for justice and equality

She was a divorced single parent, politically active and a tireless advocate for women, children and workers. On February 19, 1919, Marie Juchacz also became the first woman to address a German parliament. 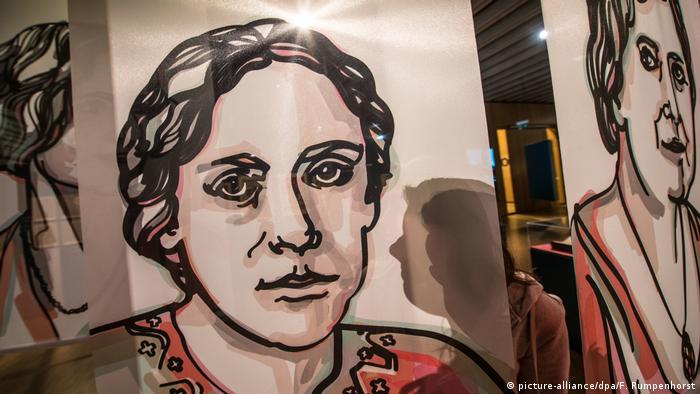 The Weimar Republic held its first elections for the national assembly in January 1919. And for the first time, women had the right to take part. Once all the votes had been tallied, 37 women had won seats in parliament.

A month later, on February 19, Marie Juchacz became the first woman in German history to address the plenary.

"Gentlemen and ladies," she began. The minutes of the first session recorded a jovial mood among the mostly male members in the plenary chamber. But that wouldn't faze Juchacz.

"Women are now fully-fledged citizens. Think about what that means. There are many more women of voting age than there are men. By using their voice at the ballot box, every citizen can influence the political process. The fact of women's suffrage should force every friend of social democracy to campaign for the women's vote. […] What this government has done was a matter of course. It has given women that which had previously been wrongly denied to them." 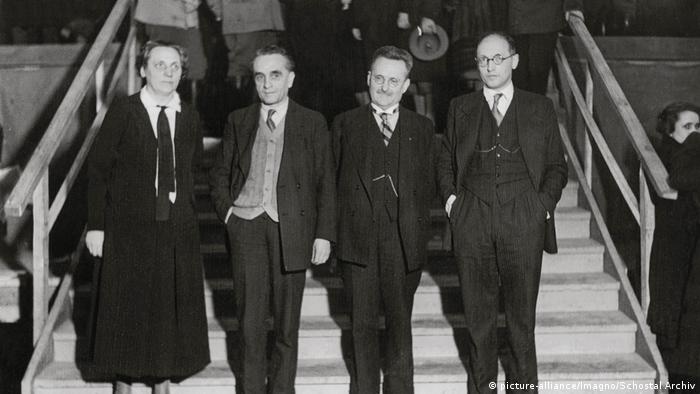 On the eve of the 1932 election, Juchacz (left, here at an SPD rally) spoke out against the National Socialist movement

Marie Juchacz was committed to equal rights. As a champion in the fight for women's suffrage, she was instrumental in making this a reality just a few months before her historical speech. And as a new member of parliament, she was especially concerned with social policy — unemployment insurance, education, public health, maternity leave, housing — topics which until then had been largely ignored.

"The idea of democracy as a welfare state was a major movement that was supported by both sexes, but women were a fundamental part of this work," said historian Hedwig Richter of the Hamburg Institute for Social Research.

"This cliche of a two-gender model — that women were responsible for social issues, and men were best suited for politics, foreign policy and war — seems strange from our perspective today," said Richter. "But the question of whether we find this model good or bad isn't relevant in this case. The female members of parliament back then felt very strongly that they were responsible for these issues. The establishment of the welfare state, in which they were significantly involved, was one of the great achievements of the Weimar Republic."

Marie Juchacz — then Marie Gohlke — was born in 1879 in the rural district of Landsberg an der Warthe (now Gorzow Wielkopolski, in Poland). As a young child, she was already well-informed about world politics, and she could often be found poring over the daily newspaper. Her brother played a pivotal role in the early years of her life, giving her books and fostering an interest for social democracy.

At school, she was a disciplined child with an inquiring mind. She attended elementary school until her 14th birthday — after that, there was no higher place of learning left open to her. She then worked as a maid, a factory worker and a seamstress.

She met a tailor and they married in 1903, an election year for the Reichstag. As a woman, Juchacz was not eligible to vote — but she was determined to change that. That same year her first child was born, followed two years later by another. But Juchacz was unhappy in the relationship.

In 1906, she moved to Berlin. Shortly thereafter, she joined the Social Democratic Party (SPD). In 1917, she was appointed women's secretary in the party executive committee. Issues such as maternity leave, housing and youth care were central to her work. But even though the SPD was the first party to push for women's suffrage, female party members did not have an easy time actually implementing their demands.

"The Social Democrats had their own form of misogyny, a skeptical view of women," said Richter. "This could also be seen in other countries at the time, the US for example. Since its very beginnings, the workers' movement there was very much a male movement. They were skeptical of women entering the labor market, partly because women worked for a much lower wage."

In January 1919, Juchacz was elected to the Constituent Assembly of the Weimar Republic. As a member of parliament, she was instrumental in the preparation and implementation of important sociopolitical legislation.

For Juchacz, achieving absolute gender equality was essential. She vehemently opposed the introduction of the qualifier "in principle" into the phrase "men and women have the same civic rights."

That same year she founded the Workers' Welfare Association (AWO) — still active today — with the goal of fundamentally improving public welfare. The organization looked after the elderly and people with disabilities, ran kindergartens, all-day schools and counseling centers for people in need.

In the years that followed Juchacz was extremely busy, writing texts, organizing conferences and founding a welfare school for women and men, where carers were trained to look after the poor. But in 1933, that all came to an end.

"The women's movement went into a crisis during the Weimar Republic, because they had achieved their goals — at least in principle," said Richter. "That's a typical development for social movements. Membership numbers dropped off, and young women stopped joining."

The women's movement dissolved. Some went into exile, others remained — though they didn't go into the resistance. On the eve of the 1932 election, Juchacz spoke out against the growing National Socialist movement:

"Women [...] do not want a civil war, do not want a people's war [...]. Women [...] see through the hollowness of a politics that is particularly male, dictated only by shortsightedness, vanity and lust for renown. This policy, the National Socialist policy, compels us to oppose with all our strength, out of our love for our people."

But her words went unheeded. In 1933, she fled to Saarbrücken and cared for refugees fleeing Germany. Later in life, Juchacz's close friend, journalist Hans E. Hirschfeld, recalled the time in a letter: "I can still see the rooms in the Bahnhofstrasse in Saarbrücken in which you — the party executive, the Reichstag member, the politician — without saying much, set up a table in the kitchen and provided a home and a haven for the jumbled mass of people, providing them with food and drink and encouragement."

When the German army reoccupied Saarland in 1935, Juchacz fled via France to the United States. She wasn't able to do political work in exile, but she didn't abandon her ideals and goals, organizing talks and charity activities for people who had escaped the Nazi regime and were making a fresh start abroad.

After the war Juchacz returned to Germany and devoted herself once again to the Workers' Welfare Association. When she died in 1956, the organization honored her life's work in their obituary: "Her entire life was in the service of the struggle for a better and more just world."

WEF Gender Gap Index: Equality between men and women still over a century away

Few would argue that this is still a men's world, in which women are often denied equal opportunities. A report by the World Economic Forum is now providing fresh evidence for that, but also sees some progress. (18.12.2018)