Germany's law enabling female suffrage came into effect on November 30, 1918. A look at the activists who contributed to this achievement and why there's still much to be done in the country to claim equal rights.

Men are too emotional to vote, feminist US author Alice Duer Miller wrote back in 1915.

"Their conduct at baseball games and political conventions shows this, while their innate tendency to appeal to force renders them particularly unfit for the task of government," the US activist argued in her book Are Women People?

She listed four more arguments why men should be barred from voting, in an ironic response to arguments just as absurd that were used to forbid women from voting at the time. Her essay was part of a increasingly louder movement protesting discrimination against women. 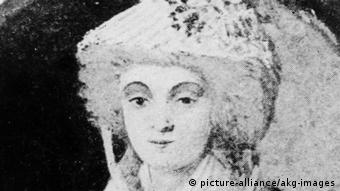 In 1791, French playwright and women's rights activist Olympe de Gouges wrote the "Declaration of the Rights of Woman and the Female Citizen" — and her demands and ideas led to her arrest and beheading at the guillotine two years later.

Some visionaries demanded equality for women very early on, and Olympe de Gouges was one of them, says legal historian Anna Katharina Mangold, adding however that the women's movement only developed as a political movement in the mid-19th century.

It wasn't even about the vote at the beginning, Mangold says, but about basic legal rights. "Women were not persons on a legal level, they were not regarded as legally competent to sign contracts; they had to be represented by a man, be it father, husband or a close male relative."

Women in Germany were fed up with that situation. Before World War I, the mood in the women's movement was optimistic, thanks to early achievements.

The movement was more or less on hold during the war, only to become stronger than ever by the end of the conflict.

Women stood side by side with men in many wartime situations. They also took on men's jobs in factories, "so it had become much more difficult to explain why they still couldn't vote," the historian says. Just before the war ended, women's suffrage supporters thought they had finally reached their goal. 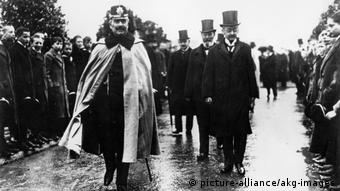 Emperor Wilhelm II extended voting rights, but not to all

In his 1917 Easter speech, German Emperor Wilhelm II announced plans for democratic reforms, including the vote. But he didn't mention women's suffrage at all, which angered the activists.

The women movement's different wings — including bourgeois middle-class and leftist activists — joined forces and moved into the spotlight with petitions, assemblies and other joint actions.

By November 12, 1918, the legal basis for women's right to vote was in place. On that day, the Council of People's Deputies — the government at the time — announced that all elections for public office would be conducted according to the same secret, direct and general right to vote for men and women of at least 20 years of age. Women were therefore allowed to participate in the first elections of the Weimar Republic in January 1919. The new electoral law came into effect on November 30 that same year.

The Germans weren't trailblazers, however, as the right to vote for women had been introduced in several Scandinavian countries a few years earlier. Other countries introduced women's suffrage much later.

"Switzerland, a deeply democratic country that is always called a model of direct democracy in Europe, only introduced women's right to vote on a federal level in 1971, and one Swiss canton, Appenzell Innerrhoden, only established female suffrage in 1991," Anna Katharina Mangold points out. 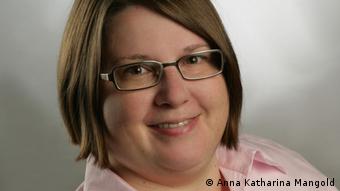 While Germany's law of 1918 was a milestone in the struggle of women for equality, the wording of Article 109, paragraph 2 of the Weimar Constitution still left room for interpretation. Since it stated that men and women basically have the same civic rights and duties, "on a legal level, you can always argue that 'basically' refers to potential exceptions, and many exceptions would be applied," says the historian. Female suffrage was for instance restricted under the Nazis.

It was only in 1949 that the law was changed through the new German constitution, known as the Basic Law, with Article 3 stating that men and women have equal rights.

In the early 1990s, a second sentence was added to that article, declaring, "The state shall promote the actual implementation of equal rights for women and men and take steps to eliminate disadvantages that now exist."

"This second sentence clearly shows that it is not enough to grant formally equal rights; they actually have to be implemented, as the Basic Law states. That is the phase in which we currently are," says Mangold.

As demonstrated by victims of sexual harassment speaking out through the #MeToo movement, or through Germany's current law banning abortion "advertising," it is clear that women still do not have the same status as men.

"You only need to take a look at how rape trials are conducted," says Mangold. "Law is a conservative science that is still predominantly occupied and practiced by men who fear losing something. That's why absolutely basic rights that are to be protected by the state, such as physical integrity, are being called into question."