Pro-life activists have taken a doctor to court over information she provides for her patients online. The case shows how complicated Germany's laws regulating abortion are – and that the issue is highly contentious. 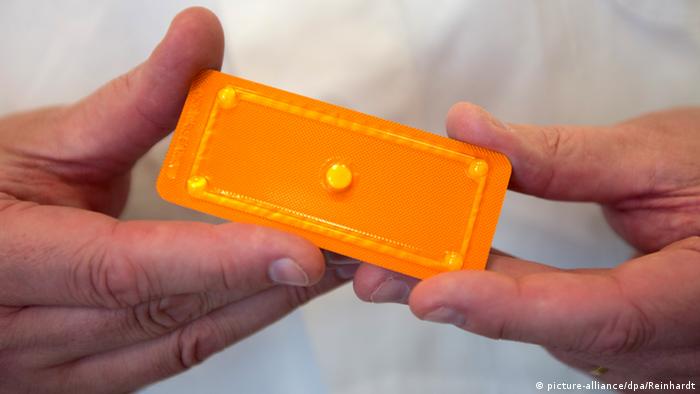 Kristina Hänel, a general practitioner in the central German city of Giessen, received a €6,000 fine in court on Friday because of a single word on her practice's website. On the list of services she offers, Hänel includes family planning, sex counseling — and abortions.

Pro-life activists from the radical "Never again" initiative have sued her for this. They say Hänel is breaking the law, based on a rule stipulated in paragraph 219a of the German criminal code. It states that anyone who publicly "offers, announces [or] advertises" abortion services is to be punished with up to two years in jail or must pay a fine.

This isn't the first time that anti-abortionists have sued Hänel. But the last time, the case didn't go to court. In 2008, prosecutors decided she simply didn't know better and informed her of the regulation. Nevertheless, Hänel left the information on her website, so this time, the prosecutor filed a suit and the judge at the Giessen district court allowed it.

Hänel has been performing abortions for around 30 years and says it's important that women who are going to have their pregnancies terminated can find help when they look for it.

"I want women to be able to make informed decisions and the internet is where you get your information today," she told DW. "And I don't want women to have to go to the websites of anti-abortion activists to find a list of doctors who do pregnancy terminations." 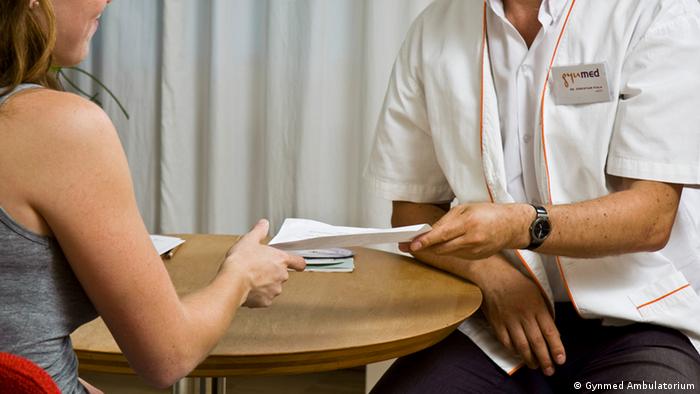 Women who want to get an abortion have to see a counselor to talk about their decision. Only then are they given recommendations for doctors who can perform the procedure

What German law says about abortion

The legal situation concerning abortion in Germany is complicated. According to paragraph 218 of the criminal code, women who terminate a pregnancy can be sentenced to up to three years in jail. But there's an addition that modifies this law.

The amendment states that abortion is not a criminal offense if a woman sees a counselor to talk about her decision and then schedules the abortion appointment at least three days after her counseling session. Terminating a pregnancy after the twelfth week is illegal, however, unless unforeseen medical circumstances occur that make a termination necessary.

Abortion is also not a punishable offense according to the German criminal code if the pregnancy poses a risk to the woman's health or if it's the result of a rape.

'The law is used to bully doctors'

Doctors who are sued by zealous pro-life activists for stating that they offer abortions seldom end up in court. Harsh punishments are equally rare if they do. In 2007, a doctor from Bavaria received a mere warning for stating online that he offered abortions.

Usually prosecutors don't file the suit at all, or the doctors agree to pay a small fine and take the information about abortion off their website. But Hänel does not want to do that – she's not giving in.

"I always adhered to all the rules and regulations, but I have had it now," Hänel said. "This law [in the criminal code] is outdated, which is why it's hardly ever applied anymore. It is only used to bully and intimidate doctors."

Activists compare abortions to the Holocaust

Among those making the most aggressive use of the law is the "Never Again" initiative that is suing Hänel. 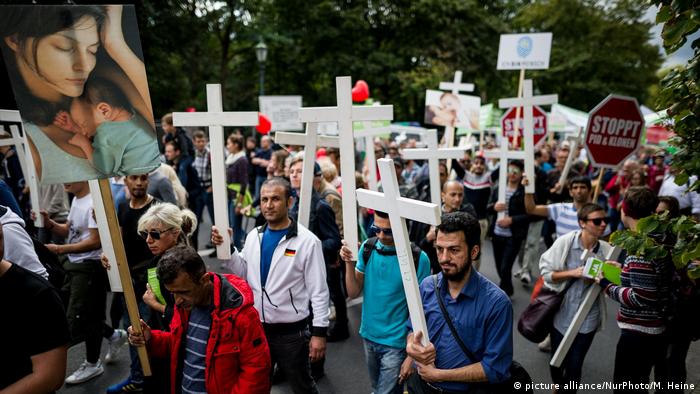 "Abortion is murder," the initiative states on its website Babycaust.de, which compares the procedure to the Nazi genocide that killed 6 million European Jews. The website also features a photo of the Auschwitz concentration camp and one of a woman in an examination chair side by side, stating that today's abortion procedures are "an escalation" of the Nazi atrocities committed during World War II.

"Vulgar stuff like that falls under freedom of speech," Monika Frommel, Hänel's lawyer and an abortion rights expert, told DW. "But if women in need cannot find information online about which doctors provide abortions and if they have to go through counseling agencies that recommend practitioners to them, that violates their right to freely choose a doctor."

Klaus Günter Annen, the head of "Never Again," did not reply to requests for comment.

Wolfgang Holzgreve, medical director and CEO of University Hospital Bonn, said that the legal situation concerning abortion in Germany was an acceptable compromise reached after long discussions, but that it didn't mean people should start viewing abortion as just another trivial procedure.

"It's a complicated, emotional issue," Holzgreve told DW. "That's why every now and then, someone brings up fundamental questions that need to be answered by the courts."

Hänel's lawyer on the other hand finds her client's trial and others like it to be "superfluous." She says the criminal code should be changed.

If the Giessen district court finds Hänel guilty, the two of them will appeal — saying that they won't stop at the highest German court.

"If the German courts decide against her, I'm sure the European Court of Human Rights will see reason," Frommel said. "Freedom of information is a human right after all."

The Citizens’ Assembly, set up to examine Ireland’s abortion law, has made more radical suggestions than many would expect. But political attitudes may see the report fall on deaf ears. Gavan Reilly reports from Dublin. (26.04.2017)

Oklahoma bill would force women to get men's permission for abortion

An Oklahoma bill that would require women seeking an abortion to first get permission from the father has moved forward. The male Republican lawmaker who wrote the bill has described pregnant women as "hosts." (15.02.2017)

Abortion laws under fire in Italy after death of Valentina Milluzzo

Valentina Milluzzo was admitted to the hospital after going into premature labor with twins. Her family said she was denied a life-saving abortion, putting Italy's stringent abortion regulations under the spotlight. (20.10.2016)

Chileans protest for the right of abortion

A court in the state of Arizona has upheld a century-old ban on abortions. In response, the White House said it would continue to press Congress to codify the right to abortion recently overturned at the Supreme Court.