German doctor re-ignites debate after banning abortions in clinic | Germany| News and in-depth reporting from Berlin and beyond | DW | 09.02.2017

When the chief physician of a German hospital decided not to perform abortions on religious grounds, he triggered a heated debate on an almost forgotten topic: Is it legal to refuse women an abortion? 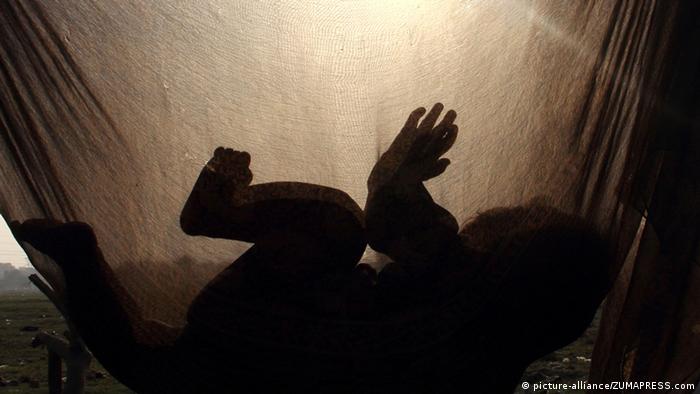 Doctor Thomas Börner is a devout Christian and a gynecologist with 26 years experience. Since 2010, he has worked at the Capio Elbe-Jeetzel Clinic in the northern German town of Dannenberg, where 31 abortions were conducted in 2016 alone.

None of them were conducted by Börner himself. And when he was promoted to head physician in December 2016, he decreed that abortions would no longer be performed in the hospital, citing his personal religious belief that life is to be protected under all circumstances.

Pro-life and pro-choice in Germany

Many western countries have Right to Life and Right to Abortion movements and their various annual rallies - some bigger, some smaller. Here's what it's like in Germany. (18.09.2015)

Such a single-handed decision by an individual doctor is a first in Germany.

The hospital in question is run by the Capio group, one of the major providers of healthcare across Europe. Börner's bosses backed him initially, arguing that women could turn to other hospitals in the region. But the case triggered a heated debate across the country.

In Germany, any woman above the age of 18 can have an abortion in the first 12 weeks after conception. However, she must be able to show documentation that she underwent compulsory counseling in a state-approved center at least three days prior to the operation. Rape victims are an exception. They do not need to undergo such counseling and can terminate a pregnancy by providing a doctor's certificate. In such cases, medical fees are covered by the patient's health insurance. In all other cases, the women need to pay themselves.

If the woman is under the age of 18, she needs the consent of a parent or guardian to proceed.

Abortions carried out 12 weeks after conception are illegal and punishable by up to three years in prison.

An abortion can be conducted through an abortion pill in the very early stages of pregnancy, or as surgical procedure.

Not every hospital is obliged to perform abortions, but health authorities must ensure every woman can easily reach a hospital or clinic that does provide abortions.

A matter of precedence

The situation of the Dannenberg clinic is special, however, as it is the only hospital in the region with a gynecological department. 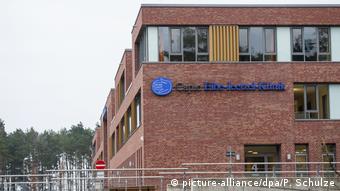 No German doctor - or other medical staff - can be forced to conduct or assist with abortions. They can refuse this without giving any reason.

Church-run hospitals in Germany do not perform abortions.

Medical emergencies, however, are a different matter. No doctor may deny a woman an abortion if her life were otherwise at risk.

Also Germany's highest administrative court has ruled that willingness to allow legal abortions is a prerequisite for the appointment of any chief physician.

Resurgence of an old debate

The Dannenberg case is unique because a single doctor decided to refuse abortions based on his personal beliefs in a hospital which is not a church-run institution. 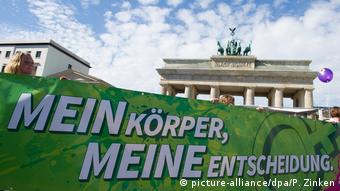 'My body, my decision' reads the placard of anti-abortion campaigner

Germany's current legislation was introduced in 1992. Before that there had been a long debate between those who wanted abortions to remain illegal, in accordance with paragraph 218 of the country's criminal code. The pro-life camp sees it as ethically indispensible to unconditionally protect every form of life from the day of its conception. The pro-choice side believes in women's self-determination. It is an argument that is being played out around the globe.

Conservative politicians in Germany were quick to praise Doctor Börner for his "brave move."

In Dannenberg, meanwhile, management changed its tune, stressing the clinic's commitment to providing health care in accordance with Germany's laws and regulations.

"We accept personal decisions, but departmental organization is a matter for the public authorities," CEO Martin Reitz told the news agency epd.

Doctor Börner has vowed to stick to his ethical principles and has promised to bear the consequences this may have for his professional future.