The number of German women terminating a pregnancy has been falling over the last 10 years. The figures come days before the morning after pill becomes available over the counter without prescription. 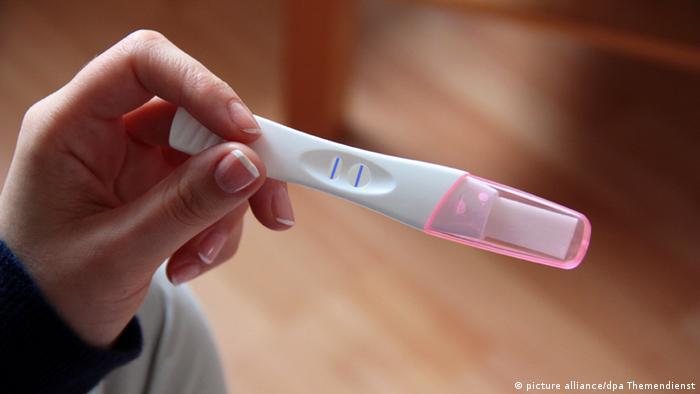 According to the German National Statistics bureau, in 2014, around 99,700 abortions occurred Germany - some 3 percent less than the previous year, and the lowest figure since the revision of the abortion law in 1996. A decade ago, some 129,650 pregnancy terminations were registered.

According to the latest figures, abortion rate also dropped significantly. In 2004, it stood 66 abortions among every 10,000 women. In 2013, this fell to 57 and, according to preliminary figures, this figure decreased again in 2014 to 55.

Regine Wlassitschau, spokeswoman for the sexual advice organization Pro Familia, believes that a combination of sex education and comprehensive counseling services have played a part in the decline.

Many women and couples on low incomes are still struggling to afford contraceptives, however.

"This is a growing problem," Wlassitschau said. Pro Familia is pushing for women on low incomes - such as those on state benefits - to have the cost of their contraception funded.

The latest figures from Germany's statistics bureau also showed that almost three quarters of the women who terminated a pregnancy in 2014 were between 18 and 34 years old. About eight percent were at least 40 years old, and almost 4 percent were under the age of 18.

Whether the abortion numbers will continue to decline, when the morning after pill becomes available without prescription in Germany on March 15, remains to be seen.

Ninety-six percent of the abortions recorded in 2014 were carried out according to standard protocol with required counseling. The remaining four percent were carried out in cases in which there was danger to the mother's life or which were the result of criminal acts such as abuse or rape.