German parliament votes to change law on late-term abortions | Germany| News and in-depth reporting from Berlin and beyond | DW | 14.05.2009

German women seeking abortions at a late stage of pregnancy will be required to undergo a consideration period of at least three days before a physician can make a final decision, the parliament has decided. 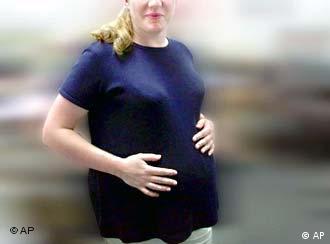 In the Bundestag vote on Wednesday evening, 326 delegates voted in favor of the consultation period which includes a doctor's psychological evaluation. Of the 612 parliamentarians involved in the vote, 234 voted against and 52 abstained. Parliamentarians also voted in favor of increased consultations and support for families with handicapped children considering a termination.

Currently, some 600 late-term abortions are performed in Germany each year.

The motion aims to reduce this number by mandating that women receive counseling from a doctor about the medical and psychological consequences of a late-term abortion. The doctor should also inform the patient about living with a physically or mentally disabled child, and point her towards other means of support.

A woman considering a late-term abortion would also have a three-day waiting period between the counseling session and the procedure to give her time to think about her options.

The new law also sets a 10,000-euro ($14,400) fine for doctors who fail to properly advise patients. After being approved by the upper chamber of parliament, the Bundesrat, it should come into effect in January 2010.

In a separate vote on whether the state should increase the depth of its data collection on late abortions, a majority of delegates rejected the plan. 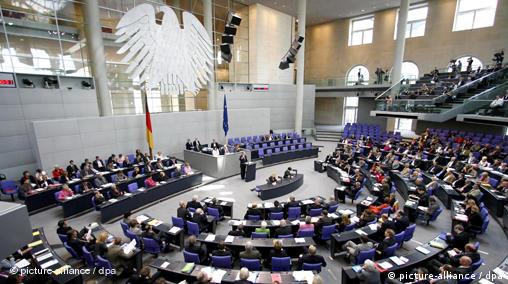 The intense two-hour debate in the Bundestag caused splits within the political parties, particularly in the Social Democrats' (SPD) group, where the final decision was still disputed at the end of the session. Some SPD members were pushing for a more flexible time of consultation based on a case-by-case policy.

The conservative parties, the Christian Democratic Union (CDU) and its Bavarian sister party the Christian Social Union (CSU), were united on the bill.

Despite several past attempts, the SPD and CDU, Germany's two coalition partners, have never managed to find a common position on late-term abortions.

Germany's conservative CDU has retracted its planned motion to amend the country's laws on late-term abortions in order to give its coalition partner, the SPD, time to consider adding its support. (18.09.2008)

Attempts by opposition Conservatives to tighten Britain's liberal abortion laws were defeated late Tuesday, May 20, when Parliament voted to leave the upper time limit for pregnancy termination at 24 weeks. (21.05.2008)

Parliamentary leaders met with church representatives Tuesday to talk about reforming legislation on late abortions, as conservatives push for more stringent controls on terminations and a re-think of who foots the bill. (20.09.2006)