Along with Sviatlana Tsikhanouskaya and Veronika Tsepkalo, Maria Kolesnikova has become a prominent voice of the opposition in Belarus. She is the only one of the three women still in the country. 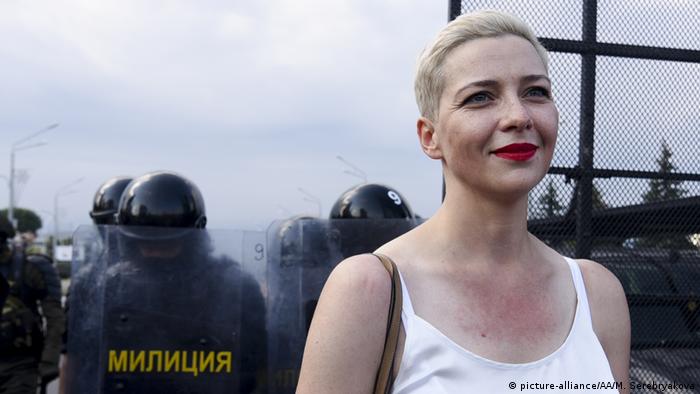 Information is trickling out about footage taken on Monday that showed Maria Kolesnikova and fellow Belarusian opposition activists Anton Rodnenkov and Ivan Kravtsov being forced into a minibus by masked men. At a press conference in Kyiv on Tuesday, Rodnenkov and Kravtsov said they had all accepted an offer to be driven to Ukraine, but, at the border, Kolesnikova refused to cross and tore up her passport. Former Culture Minister Pavel Latushko — who, like Kolesnikova and the Nobel literature laureate Svetlana Alexievich, is on the seven-member presidium of the opposition Coordination Council — confirmed that account on Tuesday. Belarusian President Alexander Lukashenko told Russian media that Kolesnikova had been arrested trying to cross the border.

A key coordinator of the banker and art patron Viktor Barbariko's campaign to challenge Lukashenko's 26-year presidency, Kolesnikova is one of three women who have become the most prominent voices of the opposition movement. She was a regular presence at the ongoing protests in the capital, Minsk, after Lukashenko was declared the winner of the August 9 election, and always appeared to be in a good mood, laughing frequently. A month after the election, Kolesnikova is the only of the three women still in Belarus.

The 38-year-old Kolesnikova recently told the Russian daily newspaper Kommersant that she finds the spotlight stressful. "It's simply not for me," she said. "It would be easier for us if we had a leader," she added. However, the opposition has decided against creating a concrete hierarchy so as to prevent targeted arrests. 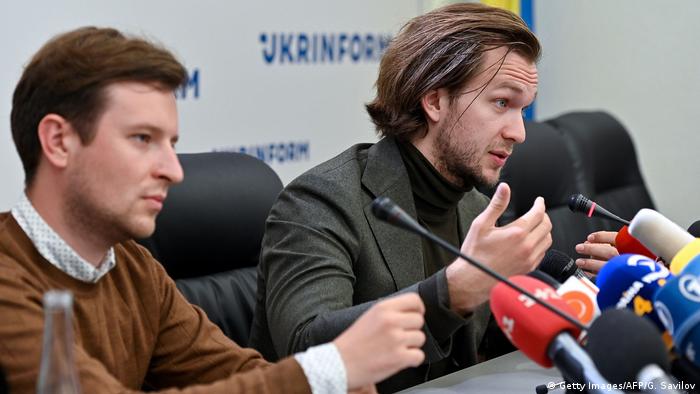 Kolesnikova, a professional flute player and cultural manager who lived and studied in Germany for several years, has only become a public figure in recent months. However, she had launched several international projects promoting cultural exchange among Belarus, Russia, Ukraine and Germany.

Martin Schüttler, a professor at the State University of Music and Performing Arts Stuttgart, met Kolesnikova at a series of concerts that she organized in Minsk. He told DW that she had an "incredibly strong personality" and was "unbelievably optimistic, hands-on, active and full of energy."

"She is not to be stopped," Schüttler said, "whatever she does." Tsikhanouskaya (left) and Kolesnikova spoke after Lukashenko was declared winner

In 2017, Kolesnikova organized an event called Music and Politics as part of Minsk's Night of Museums and gave a lecture about Beethoven and Pussy Riot. This year, she became politically active herself after Babariko, a friend, decided to run for president in May and asked her to join his campaign. Barbariko — a former executive with the domestic Russian energy giant Gazprom subsidiary, Belgazprombank — was accused of fraud and arrested in June, along with his son, who was running the campaign. Kolesnikova joined forces with Sviatlana Tsikhanouskaya, who had entered the presidential race after her vlogger husband was arrested and barred from running, and Veronika Tsepkalo, whose husband, the former ambassador to the United States and Mexico under Lukashenko, had also been barred from the election.

Fearing arrest, Tsepkalo and Tsikhanouskaya left Belarus in the days following the election. Kolesnikova has stayed despite the risks and served as a voice of the Coordination Council in the media. She and the jailed Babariko have announced that they are creating a political party called Together.

"Anyone can be arrested on the street, in the entryway to their apartments or even at home," she told DW in August. "But knowing that doesn't stop me or scare me. I know that the changes that are happening in Belarusian society can no longer be reversed."