Red Bull Salzburg's Marco Rose is one of the hottest coaching properties in football right now. The German is being chased by various Bundesliga clubs and his former coach Jürgen Klopp says he "can do any job." 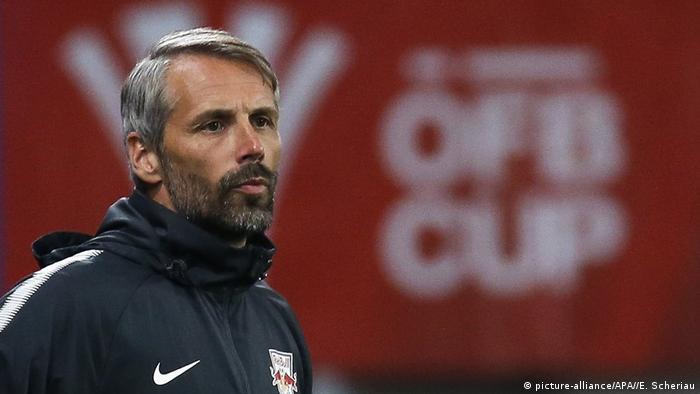 His Red Bull Salzburg team are on course for another Austrian title having been showered with praise for their high intensity, attacking style of play. But Marco Rose already has one eye on a future elsewhere.

The 42-year-old has been heavily linked with a move to the Bundesliga in recent weeks, with vacancies at Schalke and Wolfsburg certain to open up come the end of the season.

"I think it's not so often in your career, that you have a lot of requests and then you have a lot of options," Rose told Sky Sport Austria this week. "I know what I owe the club, and yet at some point it's about my personal situation, about goals, about new challenges, and about making a decision."

At one point, it was expected Rose might follow the well-trodden path from Salzburg to RB Leipzig, with both clubs part of Red Bull's stable of clubs and Rose a native of the eastern German city.

But Julian Nagelsmann's imminent arrival at Leipzig shuts that door for now, while the one that was ajar at Hoffenheim shut when they appointed Dutch boss Alfred Schreuder as Nagelsmann's replacement on Tuesday. Schalke's huge fanbase and potential may make them the most appealing option, assuming they stay in the top flight, but Rose's former teammate and coach at Mainz says the sky is the limit. 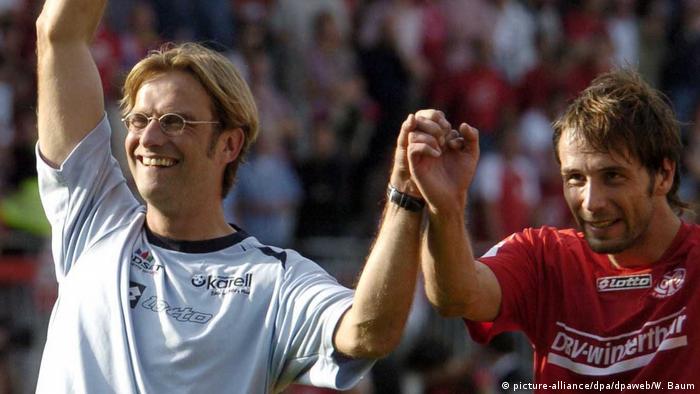 Jürgen Klopp (left) and Marco Rose worked together at Mainz

"I trust Marco in everything," said Liverpool boss Jürgen Klopp in a video message to Rose on the Sky show. "Marco can have any job and could do any job too, he is really the most hyped (coach) of all at the moment, everyone is asking about you."

Klopp coached Rose for six years at Mainz, a spell which included the club's first promotion to the Bundesliga and first qualification for Europe. The mantras of gegenpressing, attacking and faith in youth seemed to have passed from master to apprentice.

Rose's Salzburg side have lost just once in the league this term and he enjoys a win rate a shade under 70 percent since taking charge in 2017 following a spell with the club's youth side. A Europa League group stage where they took maximum points from Celtic (another vacancy Rose has been linked with), Rosenborg and an RB Leipzig side higher up the Red Bull food chain further boosted his profile. Salzburg eventually bowed out to Napoli in the last 16.

The full-throttle style of play Rose favors seems far removed from the abilities of Schalke's playing squad, meaning yet another overhaul would be required. Wolfsburg, where the money has dried up since the Volkswagen emissions scandal, are outsiders to secure his services but do seem to be heading in the right direction. Despite some players that seem a good fit for Rose, they too would also require substantial personnel tweaks. 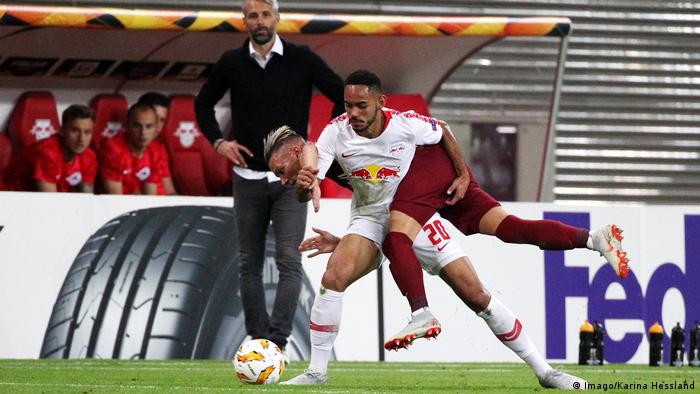 What several Bundesliga sides will be impressed by is Rose's skill in improving young players in order to sell them on, with player exports a significant revenue stream for each club. Duja Caleta-Car (€19 million to Marseille) and Amadou Haidara (€19 million to RB Leipzig) are recent examples of players under 21 that the Austrian club have cashed in on, with Hannes Wolf, 19, also set to move to Leipzig in July.

But the fact so many of Salzburg's players have connections to Red Bull's empire does offer a note of caution, with none of Rose's potential destinations having anything like the same scouting network and global connections, while the competetiveness of the German Bundesliga is a step up from that of its Austrian counterpart.

Nevertheless, interest in one of European coaching's fastest-rising stars is strong and endorsement from the best-regarded German coach of them all won't do his stock any harm at all. Now it seems to just be a matter of making that decision.

From Belgrade to Benfica to the Bundesliga, Luka Jovic is making the most of his Frankfurt loan spell. But as the prolific Serbian striker prepares to face Germany in a friendly on Wednesday, he has decisions to make. (18.03.2019)

BVB left it late in the capital, but Bayern responded late on Sunday with a win of their own. The race at the top continues to be exciting, while at the other end of the table relegation threatens a side in blue. (17.03.2019)