Once again, Red Bull Salzburg emerged victorious from the battle of the Red Bull-backed clubs, with Leipzig at serious risk of missing the knockouts. Later on Thursday, in-form Frankfurt made short work of Marseillle. 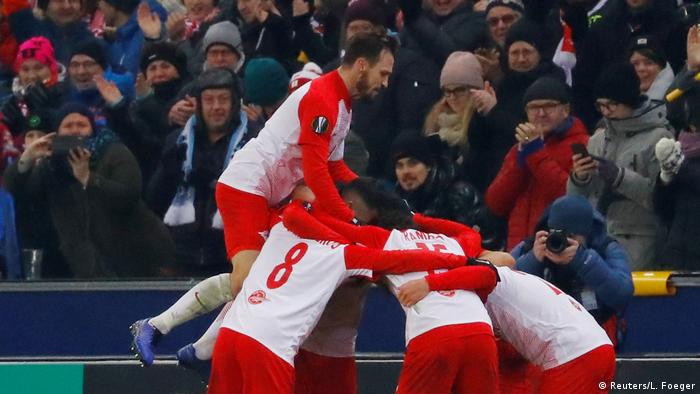 Often considered the junior partner of Red Bull's major European franchises, Red Bull Salzburg now have an even stronger claim to superiority over their German sister club as Fredrik Gulbrandsen scored his second winner against Leipzig in group A, sending his side through and leaving Leipzig on the brink.

With the hosts almost certain to qualify before a ball was kicked, there had been some concerns of collusion between the two Red Bull-backed sides. But the hosts' ferocious start put that to bed, as did the volume of boos and whistles from the stands almost every time the visitors touched the ball.

Despite the intensity of their play in the opening stages, Salzburg couldn't find a breakthrough, with Gulbrandsen hitting Leipzig's back up keeper Yvon Mvogo with the Austrian side's best chance of the half.

The Bundesliga outfit  were sloppy for the most part but slowly grew in to the opening 45 and almost took a lead in to the break. But Timo Werner curled his shot wide after bursting through from the left in familiar fashion.

It was not to be the spark that brought Leipzig to life as the Austrian champions swarmed all over their opponents, who were sorely lacking the creativity often provided by Emil Forsberg. Ralf Rangnick, not the most popular man in Salzburg having had a spell where he worked for both these clubs before sticking with Leipzig, threw on Yusuf Poulsen in an attempt to put some pressure on the hosts.

For a time it worked, but ultimately the best move of the match decided it, Gulbrandsen opening his body to steer in a first time shot following some slick build up play. Still Leipzig didn't stir but ultimately Salzburg's missed chances to extend their advantage were meaningless.

The result means Salzburg will top the group and Leipzig must beat Rosenborg at home on matchday 6 and hope Celtic lose at home to Salzburg if they are to progress. 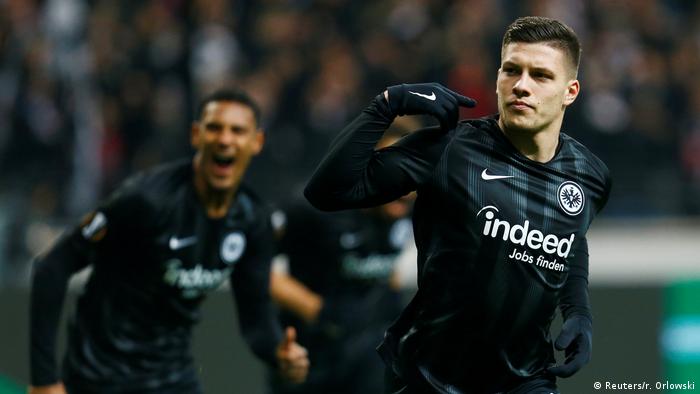 Luka Jovic waited until the 89th minute to get Eintracht Frankfurt's European campaign off to a winning start against the French side on matchday 1 but took less than 60 seconds to repeat the dose from close range on Thursday. It was the Serbian's 13th goal of an incredible season and another was to follow as Frankfurt hammered their Ligue Un opponents.

Bad turned to worse quickly for Marseille, as former Wolfsburg and Bayern Munich midfielder Luiz Gustavo struck a 20-yard backpass in the direction of keeper Yohann Pele, only to realize the 36-year-old had taken a position outside his posts. Both men could only watch as the ball rolled in.

Jovic and Marco Russ both spurned golden chances to put the game to bed in the opening 20 minutes as Marseille imploded against an irresistible Eagles attack. But it was Marseille who shot themselves in the foot again for number three, Bouna Sarr turning a right wing cross in to his own net under no real pressure.

Jovic latched on to Sebastian Haller’s flick-on to make it four for Frankfurt against last season’s finalists, 10 in his last eight and 14 this term. Frankfurt, one of only three sides with a perfect record in the group stage having scored 15 in five games, will top group H after Lazio fell to Apollon Limassol. 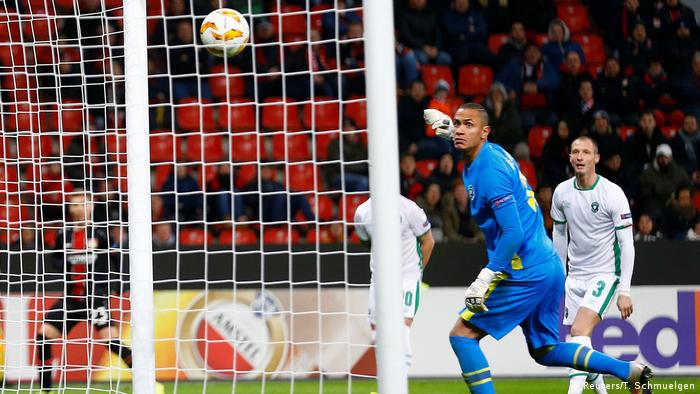 A wonder goal from Mitchell Weiser spared Leverkusen's blushes on another disappointing night for Heiko Herrlich and his team. Herrlich rested a few of the bigger names, handing a debut to 19-year-old attacking midfielder Sam Schreck, but Leverkusen were toothless.

After a quiet first half, Wendell's rasping drive was palmed wide just before the hour mark as Leverkusen tried to get something going. Instead, they paid for a lacklustre display. A superb dummy from Marcelinho allowed Jakub Swierczok to slip the Brazilian forward the ball and he poked it past Ramazan Özcan to give the visitors the lead.

Leon Bailey, who hasn't featured or impressed as much this season as last, should have scored an equalizer, but sent his effort straight at the goalkeeper. The Jamaican was saved by Weiser, who, latching onto the clearance from Bailey's free kick, slammed in a shot off the bar from a seemingly impossible angle.

Aleksandar Dragovic nearly poked home a winner from a corner, but it would have been undeserved. Leverkusen stay top of the group thanks to FC Zurich's defeat.