After seven months out, Marco Reus made a goalscoring return for Borussia Dortmund in a preseason friendly. Coach Lucien Favre said his captain is "ready" for Monday's German Cup game and the Bundesliga season. 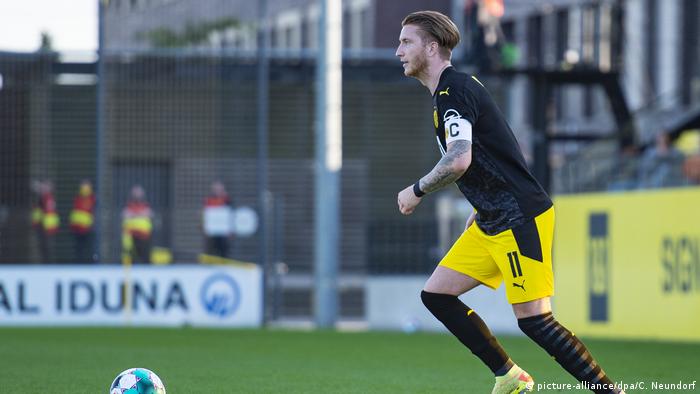 Even if it was just a friendly on an artificial training ground pitch during a week where most first teamers were away, the sight of Marco Reus cutting inside, beating three defenders and firing a shot past the keeper will be most welcome for those of a Yellow-and-Black persuasion. And perhaps even those who watched German labor to an uninspired draw against Switzerland on Sunday.

The Dortmund skipper looked in good order as his side beat Sparta Rotterdam 2-1 on Monday, a week before their season opener against MSV Duisburg in the German Cup.

"I'm very pleased that he's back," said Dortmund coach Lucien Favre to Sky after the game. "He has worked well and intensively. I asked him at halftime whether he would be able to continue playing, and he said everything was good. It's good that he can play 70 minutes straight."

Returning to a familiar landscape

The latest injury of a career littered with unfortunate complaints has kept the 31-year-old out of action since he scored a penalty in a 5-0 win over Union Berlin on February 1. At that stage, Erling Haaland had just scored seven in his first three Dortmund games and only three points separated the Bundesliga's top four — Bayern Munich, RB Leipzig, Dortmund and Borussia Mönchengladbach.

He returns with Dortmund once again having had to play second fiddle to the Bavarians but they have, so far, managed to hold on to their prized assets, namely Haaland and Jadon Sancho.

But for all the young talent at the Westfalenstadion, Reus remains Dortmund's talisman and a major attacking threat. His directness and composure have bought him a goal every 137 minutes over the last two league campaigns and a testing, dipping early free kick on Monday was a reminder of his threat from dead balls.

At 31, and with such a volume of injuries behind him, there were fears it could be months before Reus got back up to speed, but the early signs have been encouraging. Favre said he felt Reus was "ready" for Monday's cup game while head of professional football Sebastian Kehl noticed how well he stood up to challenges and even showed "a new body language". 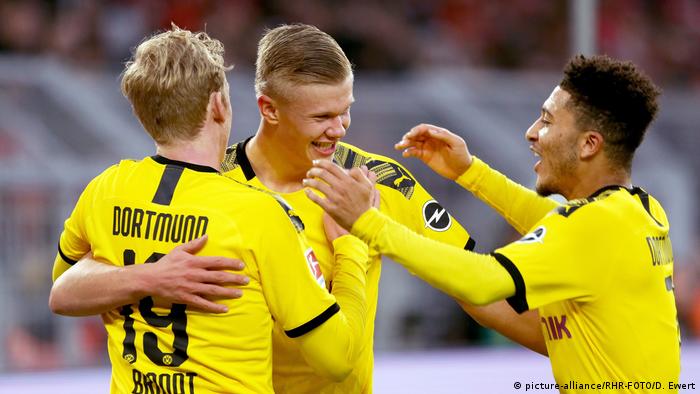 Dortmund have plenty of attacking options

Though his importance to the team as a leader remains undimmed, Dortmund have begun to learn to live without Reus and in Sancho, Haaland, Thorgan Hazard, Julian Brandt and Giovanni Reyna, there's plenty of competition for attacking berths. As such, Reus may be able to take more recovery time between appearances and manage his body carefully, a luxury that hasn't been open to him or his previous coaches.

One of the few upsides of Reus' absence may be a chance to play in the Euros for the first time since he replaced Lukas Podolski in the semifinal loss to Italy in Euro 2012. Nine years on, he may also offer Joachim Löw a Euro 2021 option in a Germany team deliberately shorn of some of its more experienced players.

For now though, Reus appears happy to just get back out on the pitch, tweeting "First step in the right direction" after his friendly appearance. He'll hope to take another step against Duisburg and maybe even a leap in class against his old club Borussia Mönchengladbach in Dortmund's first Bundesliga game on September 19.