Marawi residents caught between a difficult terrain and Islamists | Asia| An in-depth look at news from across the continent | DW | 15.08.2017

Marawi residents caught between a difficult terrain and Islamists

Security risks and poor road conditions are making it difficult for humanitarian and medical aid to reach an estimated 77,000 people, who were displaced when IS-inspired jihadis took over Marawi. Ana P. Santos reports. 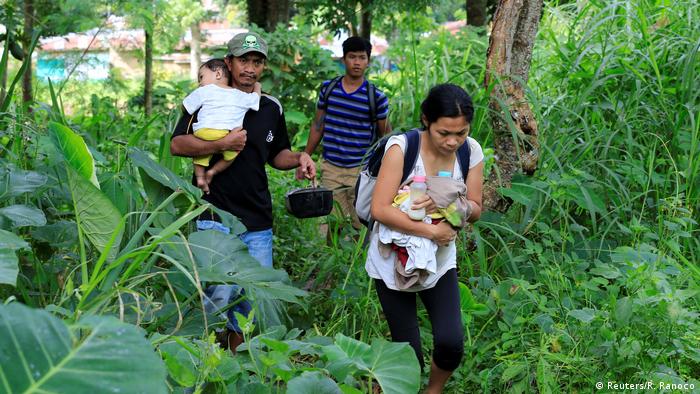 Maute jihadis and government forces have been locked in a fierce battle in southern Philippines for almost three months now. The conflict has displaced an estimated 500,000 people. Among these are about 77,000 who fled to the eastern side of Lake Lanao.

The southern city of Marawi, where the fighting broke out in May, sits on the northern tip of Lake Lanao. Unlike those who fled toward the north or west of the city, displaced families along the eastern shore of Lake Lanao have not received regular assistance due to a difficult terrain and logistical and security issues.

The Tamparan health center is the only operating health facility in this area that serves at least 15 towns. The hospital is overwhelmed with patients needing medical assistance and due to a lack of medical resources and staff. Since the start of the siege, the hospital has been operating with no electricity and no running water.

Dr. Potri Ali, in charge of the Tamparan public hospital, says that most of the patients are Marawi evacuees and are suffering from various infections and water-borne diseases. They are forced to drink non-treated water from the river which is causing diarrhea. Hospital authorities say that an estimated 1,200 people require immediate treatment for the disease. 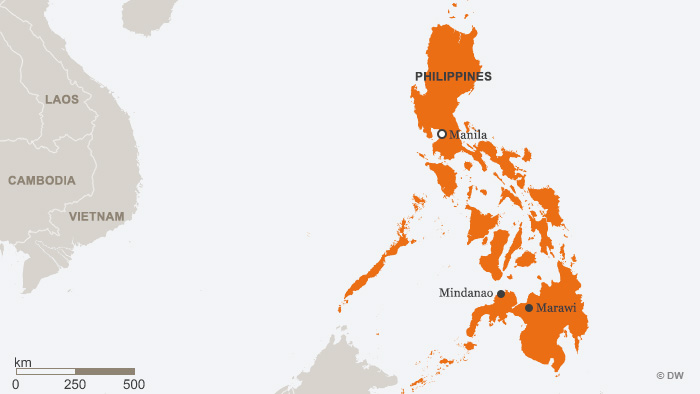 Shabby roads are making it difficult to transport relief goods to the affected people. "One bridge that provides critical access to the area is not built to carry heavy load," Zia Alonto Adiong, a spokesperson for Task Force Marawi, told DW.

As a result, trucks bringing relief items have to take a detour that encumbers aid delivery to the affected areas.

Security risk is another factor that impedes assistance as an ongoing military offensive is pushing Maute rebels toward the eastern side of Lake Lanao.

In the past, the area was a Maute stronghold due to its proximity with Butig, the hometown of Maute commanders, Omar and Abdullah, who led the May siege. Access to this area is restricted and closely guarded.

Herrera pointed out that the military was monitoring jihadis' sympathizers among civilians. "The civil-military operations by the army include training of civilians to participate in securing their communities and working with the local government to counter the terror narrative, particularly recruitment and radicalization," Herrera told DW. 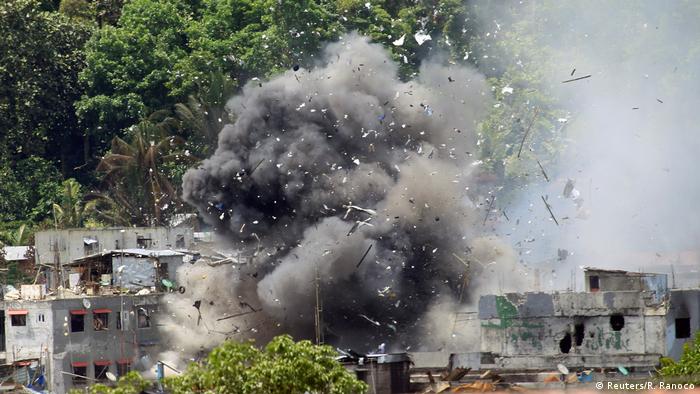 In May, Marawi, the main Muslim city in the largely Christian Philippines, was partially seized by hundreds of Islamists

The Amai PakPak Hospital in Marawi was one of the first facilities that jihadis burned down when they took over the city.

"Attacks on health care facilities are common in a war. It is often seen that militants try to target hospitals when the civilians need them most," said Dr. Jose Amigo, a health official working for the International Committee of the Red Cross (ICRC) in the Philippines.

"Hospitals have an enormous symbolic value as the last bastion of peace and safety in a conflict," Amigo told DW.

The ICRC is providing the Tamparan hospital with essential medical supplies to cope with the sudden influx of patients. Its engineers have also set up a mobile water purification system to improve the quality of drinking water in the hospital.

Samira Gutoc, a focal person for the Ranao Rescue Team, hopes to raise more awareness for the situation.

"We call on the Philippine health department and Senate to immediately support the Tamparan hospital and the affected people," Gutoc told DW.