Bayern Munich and Germany goalkeeper Manuel Neuer has been named the "World's Best Goalkeeper" for a fourth year in a row. Neuer thus ties Italian goalkeeper Gianluigi Buffon's record for winning the award. 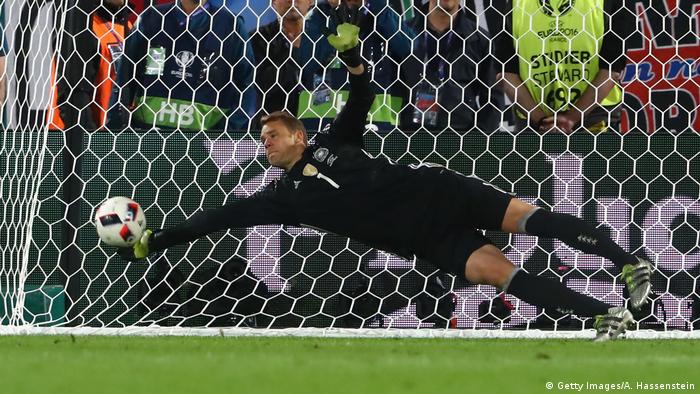 Bayern Munich and the German football association (DFB) congratulated Neuer on Twitter for the winning the award.

However, the award is not without controversy. Its critics say that there is a lack of transparency regarding the process. The IFFHS says that dozens of experts from around the world take part in the voting, but it is not clear who these people are.

Key to club and country

The 30-year-old Neuer has been a key part of his national and club teams over the past 12 months, helping Bayern Munich to their fourth consecutive Bundesliga title in 2016.

His team lead the Bundesliga table in great part due to his eight clean sheets - the most for any goalkeeper in the league so far in this season.

Germany reached the Euro 2016 semifinals after beating Italy in a memorable penalty shootout in which Neuer stopped two shots to give the national team their first victory over Italy in a tournament match.

Now only Spanish goalkeeper Iker Casillas has won the award more times than Neuer and Buffon.