With its expansionist approach in Ukraine and controversial laws at home, Russia's ties with the West are strained. Kasper König tells DW what's difficult in planning a modern art show there, and why it's so important. 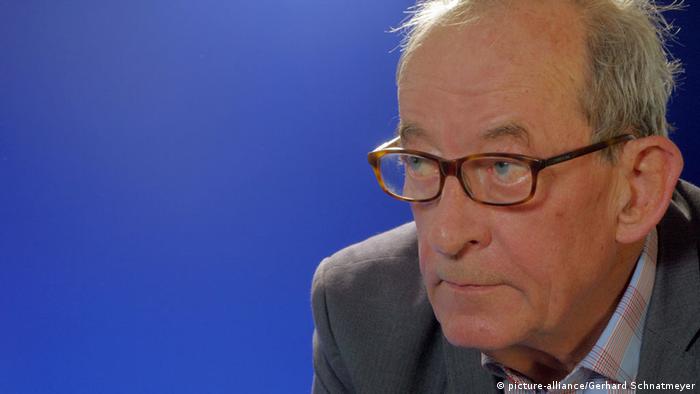 Kasper König is among the most influential curators of our time. From 2000 to 2012, he directed the Museum Ludwig in Cologne. Now he is chief curator of the Manifesta, the European Biennial of Contemporary Art, which is taking place at the State Hermitage Museum in St. Petersburg from June 28 to October 31, 2014.

It's the first time the 20-year-old modern art event will be held in such a traditional location - which is itself cause for raised eyebrows. The Russian museum was founded 250 years ago and the Manifesta is part of its anniversary celebrations.

In this DW interview, Kasper König explains what it's like to plan a major international exhibition in Russia during these politically dynamic times.

DW: Mr. König, you accepted the offer to curate the Manifesta about a year ago. Since then, a lot has happened. Does it seem to you as if you took on the project in one country and now are going through with it in another?

Kasper König: Before the Manifesta, I'd had little contact with Russia. When I was asked, I immediately said, "Yes, I'm very interested in making a proposal." I never expected to be commissioned to do this and I believe I owe it to Mikhail Piotrovski, the director of the State Hermitage Museum.

The situation then changed rapidly within a short period of time. The ink on my contract was still wet when that appalling anti-gay law was passed. It became clear to me that I was working in a country where there is no civil society. Practically anyone can make a law and it's waved through as long as that person has enough money and power. These strategies, in my opinion, are meant to make the people feel insecure so that they don't think about their future or about change.

You asked 50 artists to participate in the Manifesta and the majority of them accepted. What was your criteria for selecting the artists?

Relatively subjective criteria, in part. For example, it was important to me to work with Joanna Warsza. She is a young Polish art historian and is taking care of our publicity program. And she was strongly focused on artists from the former Soviet Union: Moldova, Latvia, Georgia, also Ukraine.

Some of the artists you asked chose not to participate due to the political situation in Russia, including the performance group Chto Delat? (in English: "What Is to Be Done?").

The art collective Chto Delat? had a very interesting project that was supposed to be about the controversial plan to build a 400-meter-tall Gazprom building in St. Petersburg. What are the pros and cons? What are the rules of politics and of the public? And their project was to be realized in the style of [German playwright Bertolt] Brecht.

When Crimea was taken, Dmitry Vilensky from Chto Delat? took to the Internet to call for a boycott of the exhibition. I don't have anything against his decision, but I don't think how he did it is ok. We met several times and discussed the project. It would have been in good form to simply tell us directly, "We don't want to participate." It bothers me a bit when people say that politics is more important than anything else. And when politics demands it, then aesthetic and artistic matters take a back seat.

The State Hermitage Museum is state-run and considered to be very conservative. How is the collaboration going?

In addition to everything else, there have also been problems with cash flow. Due to various conflicts, the Russian colleagues don't get paid regularly. The organization Manifesta sees itself as idealistic and I find it difficult to mediate between two very different systems. 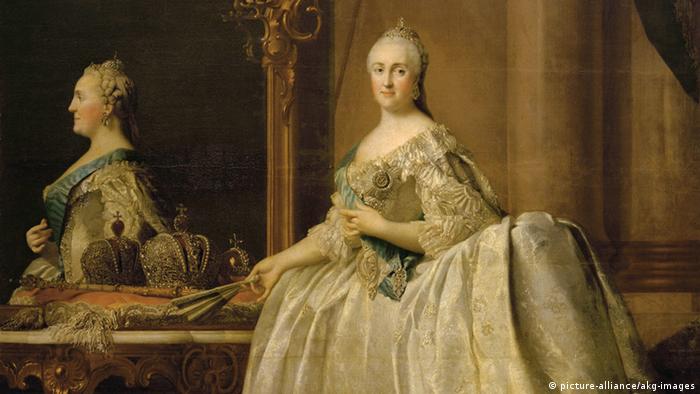 Do you think that art can have an impact in today's Russia?

Yes, I think so. If that weren't the case, then there wouldn't be any hope. In every culture, there is an idea of what culture or art is and the function it has. I'd be very hesitant about making any generalizations.

What has bothered you the most, and what have you been most pleased about with your work in Russia?

I'm still in the middle of it. It's constantly in flux. I'm bothered by the Russian tendency of having to come to terms with so many things and by the passiveness. Instead of criticizing, people remain unperturbed. I think it's unfortunate that things are trivialized and there is no conflict. Conflict would actually be very positive because it could lead to change.

I've stopped watching Russian television - I can't stand the brainwashing anymore. So I've also started to protect myself from certain things. What I'm happy about is the great artists and with their strong works, and now I'm looking forward to open and interested visitors.

Russian art historian Ekaterina Degot is disturbed by current events in her home country. A recent increase in patriotism and anti-Western sentiment are bad news for the arts sector, she warns in an interview with DW. (05.05.2014)

For years now, hardly any progress has been made in the discussion among Germany, Russia and Ukraine about looted art. A museum director from Aachen had a good idea - but the current Crimea crisis has upset his plans. (06.04.2014)

Kharkiv torn between Europe and Russia

Most people in Kharkiv want nothing but peace. However, the metropolis in Ukraine's east, close to the Russian border, has recently seen violent protests aimed at the new regional government. Tensions are running high. (06.03.2014)

Till Lindemann recorded a music video at the Hermitage Museum in Russia. He's now selling it as a series of non-fungible tokens — illegally, according to the museum.

More than a million visitors have admired the Morozov Collection in Paris. But due to the war in Ukraine, sending the Impressionist masterpieces back to Russia is complicated.