Russian art historian Ekaterina Degot is disturbed by current events in her home country. A recent increase in patriotism and anti-Western sentiment are bad news for the arts sector, she warns in an interview with DW. 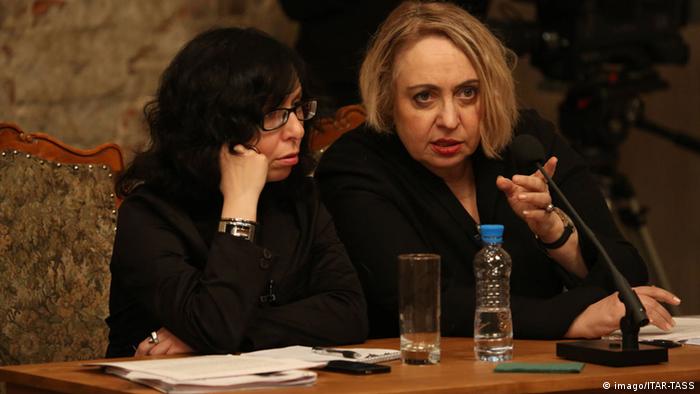 DW: How would you describe the current state of the cultural sector in Russia?

Ekaterina Degot: The situation is literally changing every minute. A month ago, or even one week ago, I wouldn't have told you what I'll say to you now. That is, we are rapidly approaching a situation where the cultural sector in Russia is going to need help. Independent-minded people urgently need support. What we're experiencing at the moment can be compared to the Iranian Revolution - there we saw a catastrophic fundamentalism and clericalization of knowledge as well as culture.

Your colleague, art historian Grigory Revzin, was recently fired as commissioner of the Russian pavilion at the Venice Biennale. He is known for being a critical thinker. Is his dismissal a sign?

It is most definitely a sign. We thought the world of contemporary art wouldn't be targeted by the state ideologues, because it's too elitist and receives such a small amount of funding. We were sure the days when the KGB (Eds: Soviet intelligence service during the Cold War) was interested in small, underground exhibitions were long gone. I've even written that myself, but I was wrong. Ideological censorship is happening, and Revzin's dismissal is proof of that.

Grigory Revzin has spoken about a "purge" taking place in culture. Do you agree?

I believe our cultural institutions are moving towards greater patriotism. In Russia, patriotism essentially means taking an anti-Western stance. An interesting observation is the significance of the Russian avant-garde in this context - people like Kasimir Malevich. His art is interpreted as patriotic and anti-Western, and in the museums they say, "Since we can't do anything else, let's exhibit Malevich."

The international contemporary art exhibition, "Manifesta," curated by Kasper König, will take place in St. Petersburg starting in June. Some artists have called for a boycott of the exhibition in the "Putin state." What do you think about that?

A boycott would only make sense if it could make an actual difference. Perhaps a boycott of the Olympics in Sochi could have made a difference, because it was a very important international event and generated broad public interest. But "Manifesta" is a much smaller event and it's not going to matter to Putin and his supporters whether it takes place or not. They would probably be glad if it didn't take place. But I'm convinced that artists need to come to "Manifesta" and present their work there, because art is critical by nature.

Russia is currently going downhill; it's like a submarine that can only send individual signals to the outside world."Manifesta" is one way to send a signal. Very soon there might not be any more of these kinds of opportunities.

More than 500 cultural sector workers, including some prominent artists, have signed an open letter in support of Putin's policies.

Yes, some in the cultural sector agree with his criticisms of the West, including me. I am in complete agreement with Vladimir Putin when he says, "The West hasn't accepted Russia as an equal partner," or "The West doesn't listen to Russia." But Putin is coming up with the wrong answers to the right questions. I was astonished to find that many of my Western friends see Putin as "the only one who can take on American imperialism." To people here in the West, I'd like to say that what is happening in Russia right now is a fascist, fundamentalist coup on every level.

Originally from Moscow, Ekaterina Degot has been the artistic director of the Academy of Arts of the World in Cologne since March 2014. Her work focuses on the aesthetic and sociopolitical issues in Russia and Eastern Europe, predominantly in the post-Soviet era. Censorship in the arts and the conditions of intellectual and artistic creativity are among her main subjects.

For years now, hardly any progress has been made in the discussion among Germany, Russia and Ukraine about looted art. A museum director from Aachen had a good idea - but the current Crimea crisis has upset his plans. (06.04.2014)

Russian-born Wladimir Kaminer is a best-selling German author living in Berlin. In an interview with DW, he criticizes Russia's role in the Ukraine crisis and reflects on political disillusionment in his homeland. (11.03.2014)

Academy of Arts of the World in Cologne