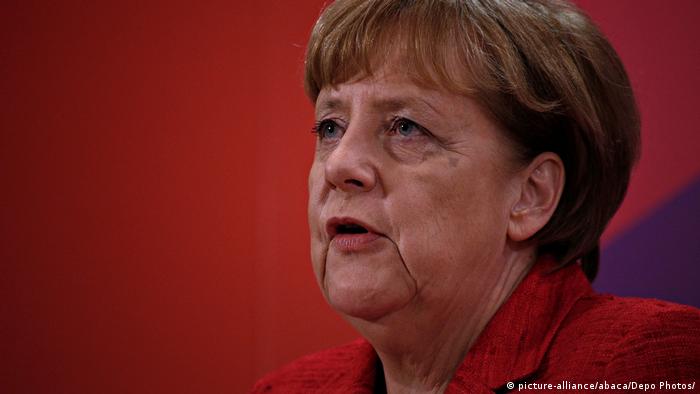 Bartolo said he had accepted the resignation of the Maltese businessman and hotelier appointed as Malta's ambassador to Helsinki in 2014.

In his message on Friday, the 75th anniversary of the end of World War Two in Europe, Zammit Tabona had posted: "75 years ago we stopped Hitler. Who will stop Angela Merkel? She has fulfilled Hitler's dream! To control Europe."

Maltese media reported Sunday that the offending post had since been deleted, and that Zammit Tabona could not be contacted for comment.

The Times of Malta newspaper said Zammit Tabona's posting had been as non-residential and quoted Bartolo as saying he had instructed the ambassador to remove the comment "as soon as I was alerted to it."

Merkel a source of stability

Delia told the newspaper the German chancellor had consistently backed Malta on various issues, describing her as a source of stability in Europe — seven decades after the defeat of Nazi Germany.

Malta's Chamber of Commerce, in a statement also carried by the newspaper, said Zammit Tabona's remark had harmed the country's reputation. It welcomed his resignation.

"All persons holding public office and diplomats no less, should take extra care when expressing themselves, as the country's reputation is no one's to put in compromising situations," the chamber reportedly said.

Relations between the two EU nations, Malta and Germany, include ongoing strains over Mediterranean boat migrants and Eurozone debt.

Malta has asked Pope Francis to take in a migrant family as it pressures other EU nations to share refugee burdens. Malta is keeping 56 migrants — initially rescued by fishing boats — on a tourist ferry far offshore. (05.05.2020)

Outgoing Prime Minister Joseph Muscat was forced to resign over a probe into the murder of an investigative journalist. But members of the European Parliament are skeptical that his replacement will bring real change. (12.01.2020)