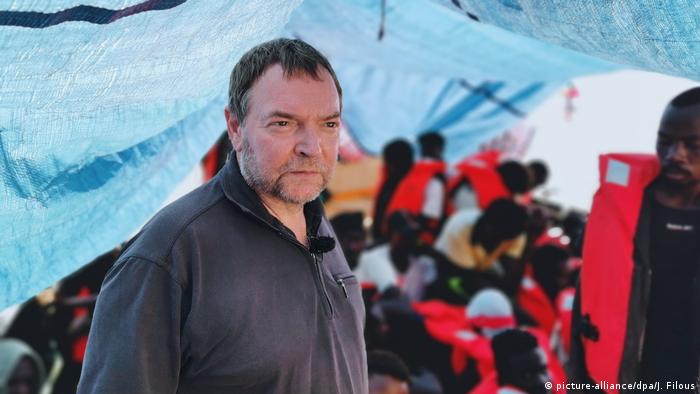 A Maltese appeals court on Tuesday overturned the conviction of the German captain of a ship that rescued migrants.

Claus-Peter Reisch was found guilty in May of not having the correct ship registration to enter Maltese waters when he transported migrants in the Mediterranean Sea.

The Court of Criminal Appeal ruled that the captain did not have the specific intent to break the law, and overturned the original judgment as well as revoking the €10,000 ($11,200) fine.

"We are pleased that the long wait is over," said Axel Steier, spokesman of the sea rescue NGO Mission Lifeline.

The Mission Lifeline vessel, Eleonore, had been carrying 234 migrants in June 2018, under Reisch's control. The rescue was controversial but the boat was eventually allowed to dock in Malta and the migrants were distributed among EU states.

The Mediterranean Sea is a popular entry point for migrants from North Africa and the Middle East, but many die en route owing to overcrowding on boats. Several private and publicly funded organizations operate rescue missions in the region.

The search-and-rescue ship Aquarius saved nearly 300 people in the Mediterranean Sea over Easter. European maritime authorities prevented the NGO workers from rescuing 80-90 men during one operation. (23.04.2018)