Mallorca: The end of party tourism?

After the pandemic-related timeout, the Spanish island of Mallorca had hoped to attract holidaymakers who want to do more than just party. But the change is not happening as quickly as hoped. 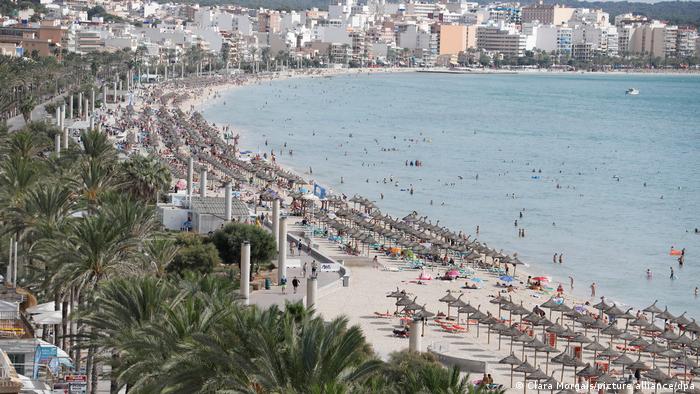 After quite times, Mallorca's bars and beaches are once again teeming with tourists

Certain parts of the Spanish island of Mallorca have long been known for attracting German and British party tourists interested in drinking excessively in the warmer climate. Nowhere else on the island is the past and potential future of the city's tourism industry as apparent as in the street Pare Bartomeu Salva — also known to German party tourists as "ham street" or "Schinkenstrasse" in German. Even in the morning, in some bars pop music is already blaring and men in soccer jerseys have already guzzled their first beers. Just a few steps further, things are more dignified. Here, guests can sit comfortably on armchairs upholstered in white fabric. Instead of bratwurst and French fries, restaurants serve the finest cuisine. No one wants to see the transformation of Playa de Palma, one of the island's most important tourist zones, more than Juan Miguel Ferrer, chairman of Palma Beach, a group of entrepreneurs. The organization's goal is to transform the grubby party zone, known as "Ballermann," into an upscale destination. It might not be easy — the name "Ballermann" is in fact the combination of two German words: "ballern" — slang for drinking excessively, and "Mann," a man.

After making some progress recently, there's been another setback," says Ferrer, pointing across the boardwalk toward the beach where dozens of groups of young men loiter in the sun drinking beers. The smell of vomit, urine and sunscreen hangs in the air. Trash cans are overflowing. "In the past few weeks, Playa de Palma has turned into what it was before the pandemic," says Ferrer. 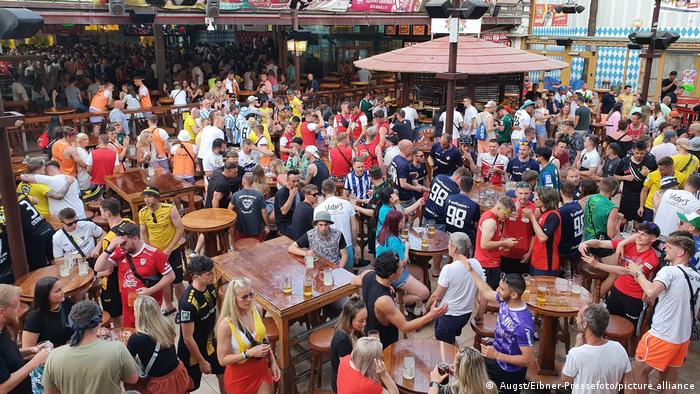 Business as usual on the Playa de Palma

Last summer, Ferrer saw signs of positive change that surprised him. Few tourists came to the island during the last two years of the pandemic, and when things did open up again, strict regulations imposed by the Spanish health authority on entertainment venues resulted in a different kind of clientele replacing the usual party tourists. Most came from Germany, says Ferrer. "We had actually set a target of 2026 for this change [in clientele]," Ferrer says. "But the pandemic acted as a catalyst and brought us this new customer base last summer." This year, however, it's back to square one. "The efforts were in vain. Rowdy tourists are back, and they scare off everyone else."

Mallorca's politicians, hoteliers and restaurateurs have been trying for a while to put an end to party tourism on Mallorca and to promote the Playa de Palma as a quality tourism destination, not just one for cheap booze and never-ending parties. While the city of Palma has passed various regulations to prevent binge drinking in public — the Balearic government has tightened the law by restricting the sale of alcohol in supermarkets, for example — but that has not proved to be a resounding success. "The police would have to monitor holidaymakers' compliance," says Ferrer. "And collect fines immediately in cases of violations." 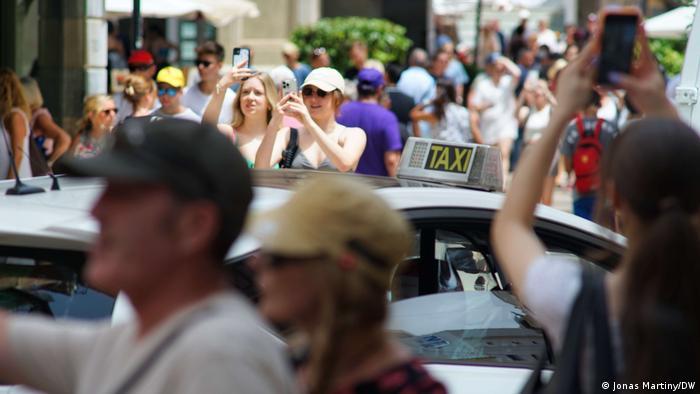 But that's easier said than done, because the legal situation only allows fines of up to €750 ($788) to be collected on the spot in exceptional cases, a police spokesman explains. After all, few vacationers would carry such a large amount of cash with them. As a result, police on Playa de Palma are essentially limited to watching the goings-on of party-hungry tourists from afar, intervening only in the most extreme circumstances.

In fact, Mallorca is gearing up for a record-breaking tourism season. Whether looking at hotel occupancy, airport arrivals or rental car bookings, the numbers are projected to surpass those of summer 2019. "After two very complicated years, we can now reap the rewards and are at the forefront of international demand," says Maria Frontera, president of the Mallorcan Hoteliers Association. Andreu Serra, Tourism Director of the island's council, also expresses his satisfaction: "The start of the season has been very good. The number of tourists is increasing, as well as the amount of money they spend on the island." Now, no more than three cruise ships can moor at the port of La Palma at the same time

Total number of beds to be decreased

Quantity alone, however, should no longer be the only criteria when it comes to tourism on Mallorca. Many on the island hope for higher quality tourism and visitors who stay longer. Recently, a law was introduced that limits the number of beds in tourist accommodation. "We firmly believe that the economy can grow despite the reduced number of beds by creating greater added value," says Tourism Minister Iago Negueruela. For example, incentives are already in place for hotels to upgrade and add stars. Slowly but surely, it's working. There are now more than 400 four- and five-star hotels on the island. Ten years ago, there were half as many.

Yet another decision made in recent weeks is intended to ensure greater sustainability on the island. Mallorca's capital Palma has become the first Spanish city to limit the number of cruise ships allowed to moor at the same time at its ports, thanks to a deal reached by the Balearic Island's government and the international cruise line association (CLIA). Previously, there were up to six vessels moored at the same time on certain days. This meant more than 10,000 cruise ship passengers poured into the old town at once, which resulted in a growing number of protests from residents. 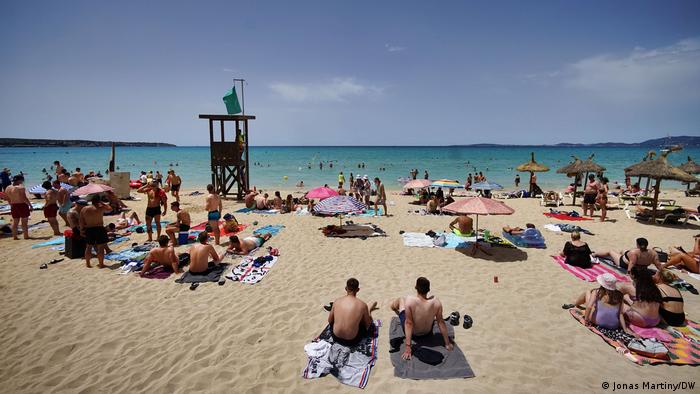 Space is filling up at the beach of Playa de Palma, expected to see high tourist numbers this summer

Hope rests on the US

Industry experts are also focusing on another group of tourists whom they hope to attract in the near future: Americans. For this reason, the island's decision-makers are pleased that United Airlines is now offering a direct connection between Palma and New York City. They hope the new connection will attract culturally aware and affluent visitors, who will be less interested in getting belligerently drunk in public, as is still the case on the Playa de Palma.

There's another potential change taking place too. A group of restaurants on the island banned clothes related to what they described as "drunken tourism." Beachgoers will have to stop for a change of clothes at their hotel before being allowed into such establishments. Anyone baring their torso or wearing a bathing suit will not be served, nor will anyone wearing a soccer jersey.

After a two-year hiatus because of COVID, party tourists are flocking back to the island of Zakynthos in droves. Although Greece is desperate for tourism, locals and some officials feel it's time for more control.

DJ Robin & Schürze's song "Layla" was declared too sexist to be played at a clutch of festivals in Germany, kicking up a social media storm over a hit single that belongs to an infamous genre — the Ballermann Schlager.