Mali's president has appointed a new prime minister, after the country's government resigned. Boubou Cisse, who had been serving as finance minster, is now charged with easing growing unrest. 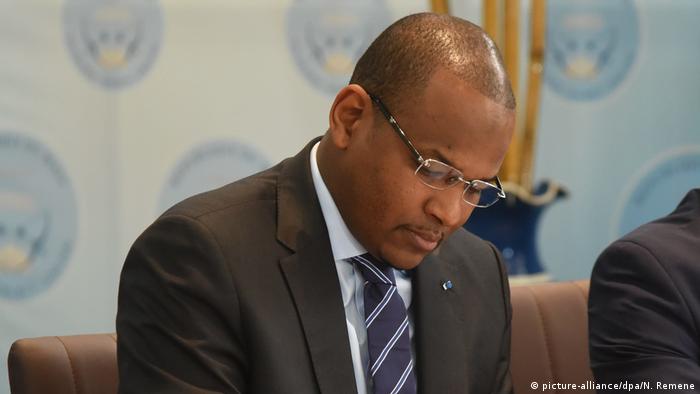 Ethnic violence has claimed 600 lives since March 2018, with 160 people massacred in a single day last month.

Cisse replaces Soumeylou Boubeye Maiga, who resigned over the March 23 killings close to the country's border with Burkina Faso.

President Keita was said to have met representatives of the ruling party and opposition to consider the "the constitution of a broad government."

Keita's office said in a statement that the government would embark on a national process of reconstruction.

Maiga had been criticized for failing to clamp down on ethnic unrest, particularly in the case of the nomadic Fulani people and the ethnic Dogon group of herders, who rely on hunting and farming.

Members of a Dogon militia are suspected of carrying out last month's killings in the village of Ogossagou.

Islamist insurgents, who captured half the country in 2012 before an intervention by the French military, have been capitalizing on communal conflicts to extend their reach and recruit new members.

The latest massacre of Fulani villagers in central Mali has highlighted the dramatic collapse of a once peaceful state. Despite a strong international presence, violence between ethnic communities continues to escalate. (26.03.2019)

The French president's trip to Africa will attempt to demonstrate a new kind of politics as Macron seeks to break away from neocolonialism across the continent. (27.11.2017)

Government soldiers were said to have been taken by surprise, coming under heavy gunfire. The attack comes as the country’s president searches for a new prime minister in the wake of a complete Cabinet resignation. (21.04.2019)