Amid tribal violence and protests in Mali, Prime Minister Soumeylou Boubeye Maiga resigned alongside his entire cabinet. The public was enraged by a massacre of some 160 Fulani herders by members of a rival community. 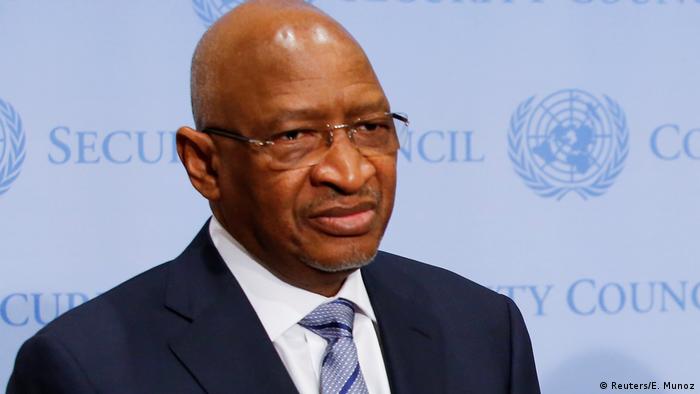 Four weeks after a brutal attack on a village in central Mali, the government led by Soumeylou Boubeye Maiga offered their resignations to the country's president, Ibrahim Boubacar Keita.

"The President accepts the resignation of the prime minister and that of the members of government," the president's office said in a statement on Thursday.

Maiga's successor "will be named very soon" following consultations between "all political forces," it added.

Keita's office did not specify reasons for the Cabinet's resignation. However, the move comes a day after lawmakers discussed a possible motion of no confidence in the government, with Maiga's opponents criticizing the government for failing to disarm Islamist militias and to stem the violence in the Saharan nation.

Mali has been facing unrest since the 2012 rebellion by the Tuareg people and their jihadist allies. In response, France dispatched its troops to stem the uprising in 2013, leading to a peace deal in 2015. Both outgoing Prime Minister Maiga and President Keita have made pledges to bring the remaining militants under control, but vast regions of the country remain volatile to this day.

Last month, jihadist militants killed at least 23 soldiers in a raid on an army camp in the central village of Dioura. The attack was claimed by a faction dubbed al Qaeda's Group for Support of Islam and Muslims (JNIM). Many of its members come from a tribe called Fulani.

Fulanis are traditionally cattle herders, locked in a longstanding rivalry with the Dogon ethnic group, which focuses on hunting. Less than a week after the Dioura attack, suspected members of the Dogon community committed a massacre in a Fulani-populated village of Ogossagou Peulh, killing some 160 people in apparent retribution. Pregnant women, children, and the elderly were among the victims.

The violence prompted anti-government protests in the capital of Bamako earlier this month.

Malian authorities have managed to detain five people suspected of being involved in the massacre.