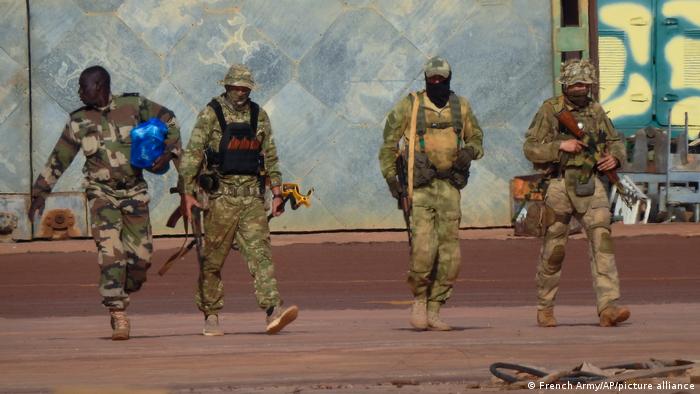 An affiliate of Al Qaeda in Mali claimed on Monday to have killed four mercenaries from Russia's private military firm Wagner Group in an ambush around Bandiagara in central Mali.

The media wing of Jama'at Nusrat al-Islam wal Muslimeen (JNIM), said in a statement its fighters clashed with the mercenaries on Saturday in Mopti region, according to a translation by the SITE Intelligence Group, which monitors jihadist statements.

Two local officials confirmed to the AFP news agency that four Russians were killed by jihadists in the Bandiagara region over the weekend. A hospital source in the region also confirmed the "death in combat of four Russians."

Mali is battling an Islamist insurgency that took root after a 2012 uprising and has since spread to neighbouring countries, killing thousands and displacing millions across West Africa's Sahel region.

The Wagner Group began supplying hundreds of fighters last year to support the Malian military and has since been accused by human rights groups and local residents of taking part in massacres of civilians — allegations it has not responded to.

Their deployment was a key factor in prompting France, Mali's former colonial power and traditional ally, to pull its military forces out of the country.