Malaysian officials seized nearly a ton of African pangolin scales at the Kuala Lumpur airport. The mammals are the most trafficked animal in the world, as demand for their scales and meat continues to grow in Asia. 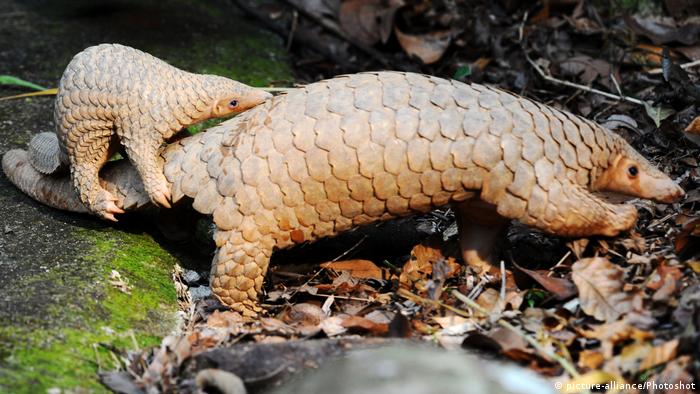 Malaysian authorities have seized more than 2 million dollars (1.82 million euros) worth of pangolin scales at one of the country's main airports in its largest-ever such haul, officials said Monday.

On May 2, officials found eight sacks of the scales weighing 408 kilograms at an airport warehouse. They are believed to have come from Accra, Ghana, via Dubai.

Two days later, 10 sacks weighing in at 304 kilograms were seized. They are thought to have made their way on a flight from Kinshasa in the Democratic Republic of Congo to Nairobi, Kenya, and then via Dubai.

The scales of the pangolin - which is said to be the most widely-trafficked mammal in the world - are in high demand for use in traditional Chinese medicine. The scales are made of keratin, the same material in human finger nails. Their meat is also considered a delicacy in China and other Asian countries.

So high is the demand for the scales and meat that more than a million pangolins are estimated to have been trafficked over the past decade. Because pangolins are secretive and solitary animals, little information is available on pangolin populations. But all eight species are on the IUCN Red List, under the conservation status vulnerable to critically endangered.

The animals also got a protection boost last year when Asian pangolins were upgraded to appendix 1 of the Convention on International Trade in Endangered Species, which bans international trade in the species. 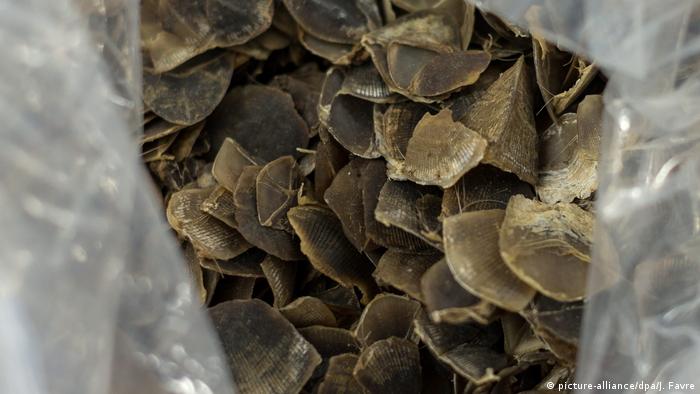 Asian pangolins live in the jungles of Indonesia, and parts of Malaysia and southern Thailand. But in recent years, as trafficking in the Asian species has become more difficult, poachers have targeted the African pangolin.

Conservation of the pangolin in the wild is the animal's only hope, conservationists say. Pangolins rarely survive in captivity, and only six zoos worldwide successfully keep them.

Organizations such as the African Wildlife Foundation support communities leaving near pangolins to shift to sustainable agriculture and away from hunting the animals for food. The foundation is also trying to stem the trafficking of pangolin scales and other animal parts from airports and seaports in Africa with its Canines for Conservation program.

Dogs trained by the foundation working at airports in East Africa have detected pangolin scales that passengers were attempting to smuggle to Asia, says the organization. Recently one canine unit detected 500 kilos of scales destined for Thailand via Sierra Leone.

WWF and WildAid are also involved in campaigns to raise awareness about pangolins and debunk myths about the medicinal or magical properties of the animal's scales.

The once-obscure pangolin has become the most trafficked mammal in the world. Now, the CITES CoP17 has banned the trade of all eight existing species. (29.09.2016)