Malaysia Airlines 'on course' to break even by 2018

Malaysia Airlines' outgoing CEO Christoph Müller tells DW that the company is on course to break even by 2018. The aviation firm is stepping up efforts to turn a profit after facing tragedies and record losses. 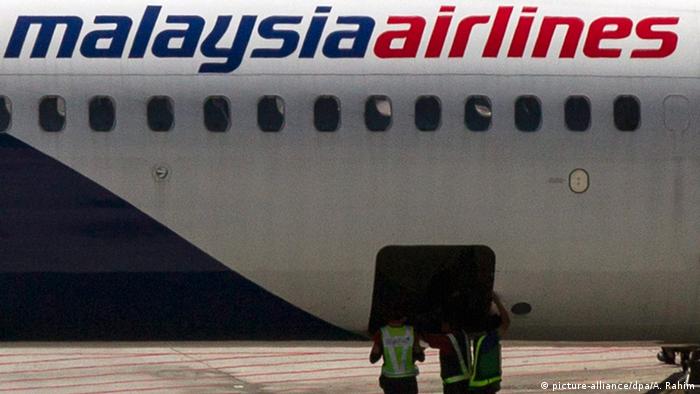 Malaysia Airlines seems to be economically back on track. The company's departing CEO says the airline could return to the black by 2018.

This would mark a tremendous improvement in the company's fortunes, given that two disasters in 2014 - including the disappearance of Flight MH370 and the downing of flight MH17 over Ukraine - hurt the airline's reputation and sales.

In an interview with DW, Christoph Müller said one reason the airline was in dire conditions when he took over as CEO was because of the airline's poor personnel management and bloated workforce. That is why, Müller noted, he laid off 6,000 workers and streamlined the firm's operations.

DW: The past couple of years haven't been good for Malaysia Airlines financially. When can we expect the company to turn a profit again?

Christoph Müller: We're officially expecting to break even by 2018. This year, we're still in the loss-making stage, but we are clearly above our initial projections. Maybe we could reach break even earlier, if the oil price remains low. But that's just speculation. All in all, our ship is on course again.

What are the reasons for the airline's dire situation? 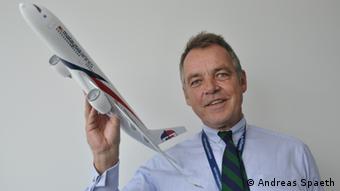 Müller: 'Malaysia Airlines has had a lot of bad luck in recent times'

Malaysia Airlines is in a dire situation partly because the airline bought products from suppliers at prices 20 to 25 percent higher than market value.

Everything from pens to $200-million aircraft were purchased at these rates. I am not saying that we were bad negotiators, and in any case corruption is punishable also in Malaysia.

Furthermore, we had a problem with the number of suppliers, which stood at around 20,000. With such a high number, there was little chance for us to get a volume discount from anyone. Since I took over, we have managed to downsize the number to about 4,000 suppliers. But our goal is to cut it further to some 2,000.

By doing this, we've reduced our procurement costs.

When you took over as CEO, the company was facing a financial and reputational crisis, following the tragedies involving Flight MH370 and Flight MH17. So what attracted you to the beleaguered airline?

The Malaysian parliament has observed one minute of silence to mark the second anniversary of the plane's disappearance. Australia says it will continue to look for the aircraft. (08.03.2016)

Malaysia Airlines has a proud heritage. It's known as the epitome of Asian customer service. Given the country's macroeconomic conditions, with economic growth averaging over five percent for 55 years now, it's difficult not to make money with this airline.

However, the company has had a lot of bad luck in recent times. Many half-hearted turnaround projects were abandoned.

But I don't think reviving Malaysia Airlines and turning it into profit is the most difficult challenge I've faced in my career so far.

The Belgian Airline Sabena was a much more difficult case for me, as the public was unaware about the dire straits the company was in.

So you enjoy taking up difficult challenges and resolving them?

There are lawyers and doctors who take up so-called hopeless cases. I have often compared my role as that of an emergency doctor. I don't gamble, but rather examine things thoroughly. I reckoned that all the airline companies I led could be turned around.

What state of condition was Malaysia Airlines in when you took over as CEO?

Despite all the announcements by the government, a turnaround wasn't initiated by the time I became CEO. Many of the 20,000 employees who worked for the airline had nothing to do. In fact, when I walked through the hangars, people were sleeping. That's why I had to radically cut 6,000 jobs.

Christoph Müller is currently serving as CEO of Malaysia Airlines. He will officially step down in September.