An Australian law firm has filed a claim against Russia and President Putin seeking millions for each passenger killed in the downing of Malaysia Airlines flight MH17 over Ukraine in 2014. All 298 people on board died. 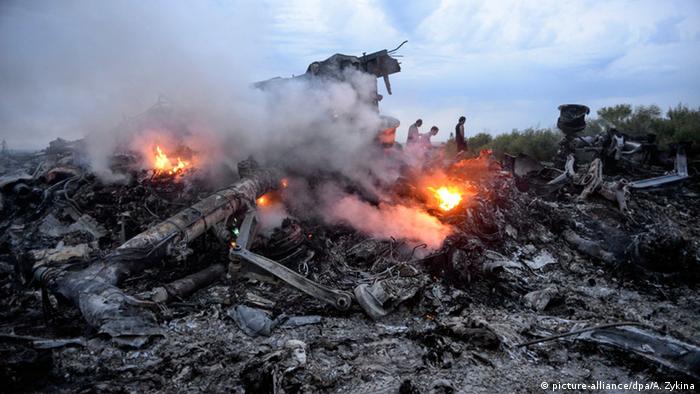 Relatives of MH17 victims intend to seek compensation before the European Court of Human Rights, according to Saturday's edition of the Sydney Morning Herald newspaper.

The Malaysia Airlines plane was shot down while en route from Amsterdam to Kuala Lumpur in 2014, with 298 people on board. The aircraft was flying above eastern Ukraine at a time of heavy fighting between pro-Russian rebels and Ukrainian forces.

A Dutch-led team of international investigators concluded that it was shot down by a surface-to-air missile. The Dutch Safety Board, however, was not able to say who fired the missile.

Many Western officials and experts have blamed pro-Russian rebels in eastern Ukraine for shooting down the civilian plane.

According to the report, the Sydney-based law firm LHD named Russian President Vladimir Putin and the Russian Federation as respondents for their damages claim. The firm represents 33 relatives of victims, including eight from Australia and one from New Zealand.

"My clients want accountability for the deed," said LHD co-associate Jerry Skinner. "They want enough money to reflect that the Russians take this seriously and it serves as a deterrent," he told the Herald.

No reply from Moscow

The lawsuit claims that Russia attempted to hide its involvement in the tragedy. The Kremlin failed to conduct an internal investigation, refused to help in cockpit reconstruction and allegedly had a hacker group attack the website of Western investigators, according to papers filed by LHD.

Skinner added that he had urged Russia to discuss the terms. However, he has heard "nothing from Russia, from their embassy or from the contact points ... to indicate they are willing to talk about negotiating."

Responding to Saturday reports, Kremlin said that it had no information about the claim targeting the country and the president.

Deputy Justice Minister Georgy Matiushkin said during an interview with radio station Echo of Moscow that it was "pointless to comment" on the issue at this point.

Any lawsuit addressed to the European Court of Human Rights would only exist "when communicated officially, and that hasn't happened so far," said Matiushkin, who also serves as Moscow's envoy at the Strasbourg court.