What happened to flight MH17?

One year ago, 298 people were killed when a Malaysian Airlines Boeing 777 was shot down over Ukraine. What is known about the tragedy and its consequences? DW reviews the case's most important questions and answers. 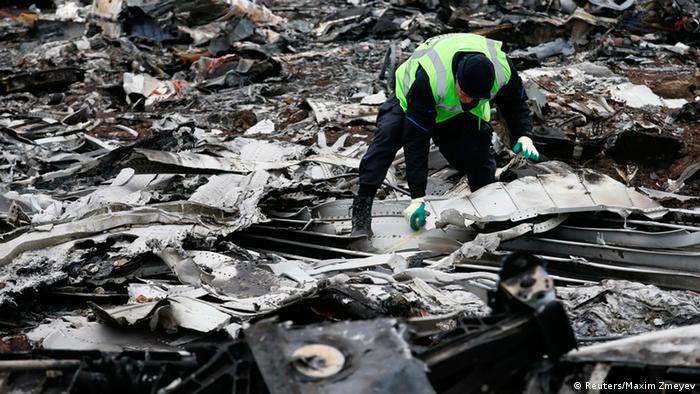 What are the facts?

On July 17, 2014, Malaysian Airlines flight MH17 was en route from Amsterdam to Kuala Lumpur, on a flightpath cleared by Eurocontrol and the International Civil Aviation Organization (ICAO). At approximately 13:20 UTC the plane was almost certainly struck by a missile, and immediately crashed. All 298 persons on board - passengers and crew - were killed. The majority of the victims were from the Netherlands.

What caused the crash?

A preliminary report by the Dutch security agency Onderzoeksraad voor Veiligkeit (OVV), which is charged with investigating the crash, sees damage to the front of the plane as an indication that a number of foreign objects penetrated the fuselage, causing it to break apart. The report contains no suggestions of pilot error or technical defects. The OVV will present its final report in October.

How certain is the theory that the plane was struck by a missile?

An overwhelming majority of international experts are convinced that this is the case. On the day of the tragedy, there was already talk of the possibility that the plane could well have been hit by a Russian-made Buk anti-aircraft missile. Holes in the cockpit and front fuselage are seen as primary proof of that theory. Experts have evaluated these as shrapnel penetration from a rocket propelled missile. American intelligence services have also said that satellite images indicate the launch of a missile before the plane went down. And the military intelligence information publisher IHS Jane's shares the view that the plane was downed by a Buk missile. Metal fragments recovered at the crash site match those of a Buk warhead. Photos and videos that have been found to be authentic suggest that the plane was shot down with a Russian surface-to-air missile. 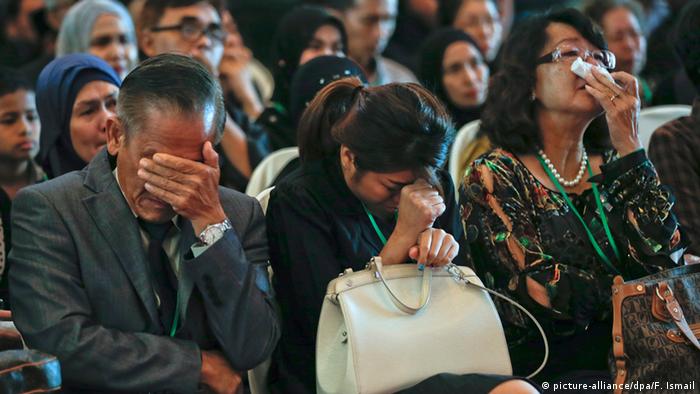 Families mourn in Malaysia at a ceremony for the victims

Was the route considered dangerous?

Yes. Flight MH17's flight path traversed a conflict zone, namely that of eastern Ukraine. The Ukrainian military and pro-Russian separatists are still fighting there today. Several international airlines had already decided to avoid the area in the weeks before the crash. Ukrainian authorities closed low altitude airspace in the southeast of the region on July 1. After that, civilian airliners were not allowed to fly below an altitude of eight kilometers (27,000 feet) without special permission. Malaysian Airlines, however, decided to continue to fly over the region. It was not the only airline that decided to do so. Some 900 flights were routed along the same path in the week preceding the MH17 crash.

Who was responsible for the crash?

That remains unclear. Ukrainian and Western officials have said they think it's probable that pro-Russian rebels shot down the plane with a surface-to-air missile. Moscow denies the accusation, and in turn says that Kyiv is responsible for the downing.

There is, however, much to suggest that the missile was fired by the separatists. On July 16, the day before the crash, the Ukrainian interior ministry released a video showing a Buk system with an incomplete set of missiles. The government assured that the system belonged to the rebels. German intelligence services also came to the conclusion that flight MH17 was shot down by the rebels using a Buk system captured from a Ukrainian armory. Audio recordings suggest that flight MH17 may well have been mistaken for a Ukrainian military airplane. 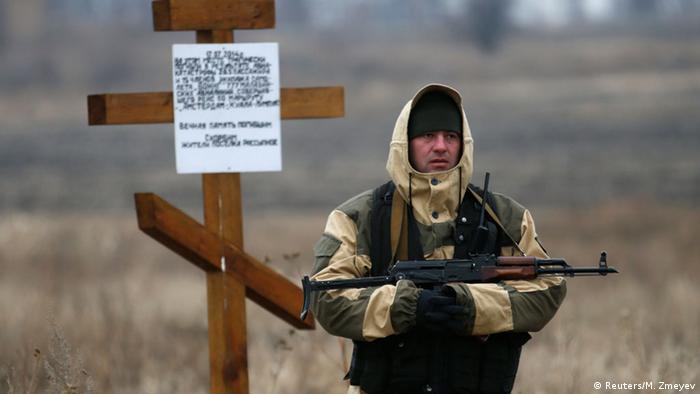 An armed separatist stands near the monument to those killed

Could evidence be secured?

Yes. The plane's black boxes were recovered on the day of the accident. Rebels handed these over to Malaysian Airlines representatives four days later. The devices showed no signs of tampering. Data from the boxes was evaluated by the British Air Accidents Investigation Branch (AAIB). The results of the AAIB analysis were then given to authorities in the Netherlands.

What have victims' relatives done in terms of legal recourse?

One year on, they have filed a lawsuit from the US against a pro-Russian separatist leader for roughly 826 million euros ($900 million). Their lawsuit is based on a US law that can be used against foreigners, and ensures protection against torture and extrajudicial killing. Lawyers for the victims' families say the case is much less about monetary compensation than about getting answers. Beyond that they want to use the lawsuit to put pressure on Russia.

Whom do victims' relatives accuse of being responsible?

They have sued a Russian citizen named Igor Girkin. For a time, he acted as defense minister of the non-recognized "Donetsk People's Republic." The lawsuit accuses him of ordering, supporting or enabling his rebel army to shoot down the Boeing 777. The lawsuit also accuses the separatists of having Kremlin approval.

How are the facts to be resolved in the end?

Malaysia has requested that the crash be prosecuted before a United Nations tribunal. Last week the Malaysian government presented a draft resolution to that end to the UN Security Council. In the draft, they requested the establishment of a tribunal according to chapter seven of the UN Charter. If there is resistance to the investigative efforts of the court, further progress could be enforced through the implementation of sanctions. The governments of Britain, Australia, Belgium, the Netherlands and Ukraine have supported the proposal.

Oleg Vitulkin was the first photographer on the scene of the MH17 plane crash that killed 298 passengers and crew members. The anniversary evokes memories he would rather let lie. Kitty Logan reports from Torez, Ukraine. (16.07.2015)

Vladimir Putin has called a Dutch request for a criminal tribunal over the crashed Malaysian Airlines jet "counterproductive." The Russian and Dutch leaders spoke the day before the one-year anniversary of the disaster. (16.07.2015)