Mafia gangster arrested in Italy for attack on journalist

The attack has shocked Italy after it was caught on camera. The journalist was investigating links between local fascists and organized crime. 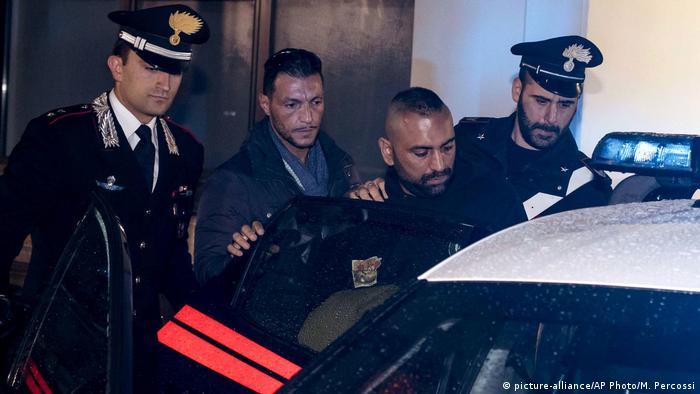 Italian police detained the brother of a major mafia boss on Thursday after he was caught on film assaulting a reporter for national broadcaster Rai. Roberto Spada, 42, has been accused of grievous bodily harm and acting "in a mafia context."

The incident occurred on Wednesday when Rai journalist Daniele Piervincenzi and cameraman Edoardo Anselmi traveled to the Rome suburb of Ostia for a piece on how the presence of neo-fascist movement CasaPound and the influential Spada crime family have created deep and violent divisions in the community as it conducts local elections.

After Piervincenzi approached Spada for an interview, the boxing enthusiast headbutted the reporter – breaking his nose – and then proceeded to chase the camera crew away with a bat.

On Friday, dozens of journalists protested outside the gym Spada owns in Ostia to demand justice for their colleague.

Roberto Spada is the younger brother of gang leader Carmine Spada, who was sentenced to 10 years in prison in October alongside several other members of the "family."

The attack has shaken Italy, with Rome Mayor Virginia Raggi condemning the "barbaric aggression" of Spada.

"We will stop criminality and extremism in Rome," she wrote on Twitter.

Prime Minister Paolo Gentiloni said he called Piervincenzi to offer his "solidarity after this brutal attack."

Ostia: land of yachts and favelas

According to Italian daily Corriere della Sera, the seaside suburb of Ostia has long suffered at the hands of the Spada clan. The paper called the area a "land of contrasts," where luxury yachts sit beside "favelas" and crumbling streets filled with rubbish. 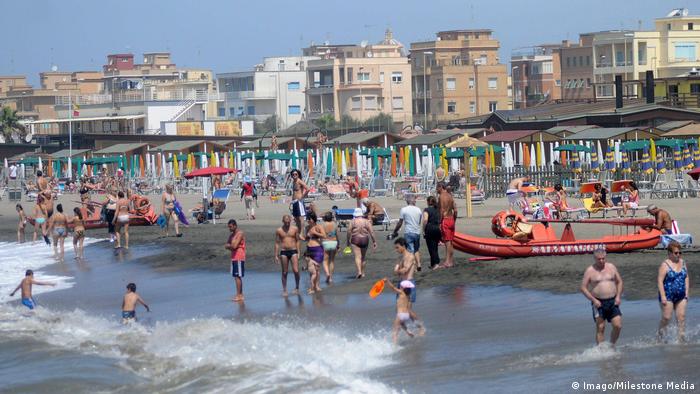 The local population is similarly divided, with many seeking an end to the mafia's control over their town, and others enjoying the "protection" of the powerful family. They all have one thing in common, however – no one wants to be seen talking to journalists.

"Take them all away and give us dignity," one elderly woman told Corriere della Sera, while a local barman said that "Roberto was besieged," and that he would have done the same thing to protect himself.

Piervincenzi and Anselmi were in Ostia on Wednesday investigating ties between the Spada clan and CasaPound, a connection the neo-fascists categorically deny.

In a Facebook post, Spada has apologized for the attack – but claimed that the journalists were scaring his son as they tried to enter a members-only club.

"Patience has limits," Spada wrote. If convicted, he faces up to three years in prison. On social media, many Italians expressed their dismay that Spada has been freed pending formal charges. The police, however, have said that his assault was not considered violent enough to warrant being held in a cell.

Uruguayan police have arrested one of Italy's most wanted mafia bosses at a resort city in the South American nation. The "cocaine king of Milan" had been sought for attempting to import one metric ton of cocaine. (04.09.2017)

Italian police have captured a man who is believed to be connected to the Mafia feud that left six people in Duisburg, Germany, dead. Santo Vottari had been in hiding for 10 years. (22.03.2017)

Italian police have carried out major raids targeting the 'Ndrangheta and Cosa Nostra mafia. The 'Ndrangheta is Italy's most powerful mafia organization and is active in some 30 countries. (05.07.2017)