In his election manifesto, French presidential candidate Emmanuel Macron promises to tackle high unemployment. He also vows to deal with the terror threat and accelerate the country's weak economic recovery. 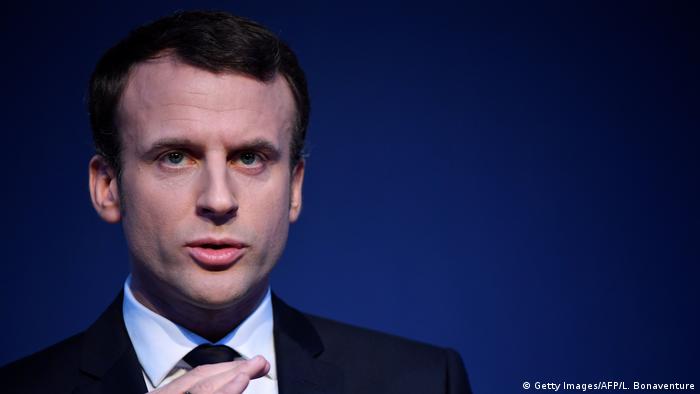 Billing himself as pro-business, but also as someone who protects the weakest in society, the 39-year-old former economy minister promised "a radical transformation" of France's rigid labor market and to downsize the civil service in a bid to create a more flexible economy.

"The society I want will be both free of constraints and blockages," Macron told a media conference in Paris, immediately setting himself up for a confrontation with unions if he wins the presidency.

As he spoke, his campaign team tweeted key points from his manifesto.

France votes in a two-round election in April and May to pick a successor to the unpopular Socialist leader Francois Hollande.

The independent candidate on Thursday pledged to sell down government stakes in major firms, adding that the money raised would be used to finance a "Fund for Industry and Innovation."

Center-right candidate Francois Fillon called an investigation against him "political assassination." He refused to pull out of the presidential election after being summoned by magistrates over the "fake jobs" scandal. (01.03.2017)

There is a serious risk far-right politician Marine Le Pen could win the French presidential election, German Foreign Minister Sigmar Gabriel has said. France might then fall out of a sorely weakened EU, he warned. (16.02.2017)

A long-time centrist politician in France has offered a potential alliance to independent candidate Emmanuel Macron. Francois Bayrou has run in three previous presidential elections but has declined to do so again. (22.02.2017)

Macron also vowed to put close to a million jobless people back to work and smooth out vast differences between public and private sector pensions. He also said he would keep France's pension age at 62 - compared to the between 65 and 67 that many European countries are moving toward.

Macron's campaign team sought to profit from an upsurge in public support following the "fake jobs"scandal that has engulfed Francois Fillon. The former prime minister is alleged to have paid his wife and two of his five children for parliamentary work they didn't do.

In a dig at his Republicans party challenger, Macron promised to shrink the size of parliament and "eradicate conflicts of interests," by banning all officials from employing family members.

His main challenger, Le Pen faces her own battles over allegedly using EU funds to pay her French-based staff, and on Thursday lost her EU parliamentary immunity amid a probe into her controversial tweets showing executions by the "Islamic State" (IS) armed group.

While Le Pen has made fighting Islamic extremism central to her campaign, Macron on Wednesday called for an international "roadmap" to better fight terrorism, after several deadly attacks left France traumatized over the past three years. 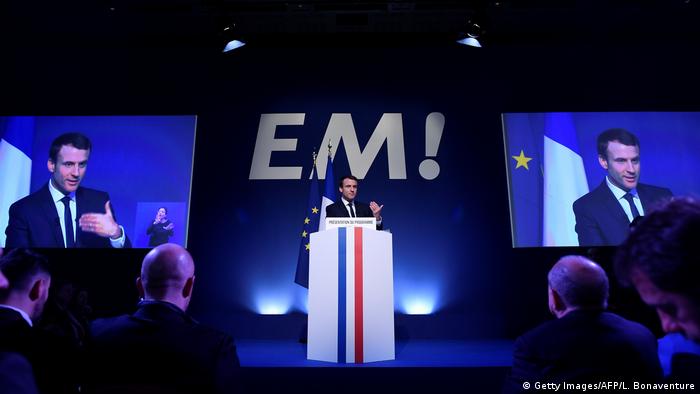 At home, he promised to hire 10,000 more police officers and boost efforts to improve relations between law enforcement and minority youths.

Macron's campaign staff tweeted his vow for a zero tolerance toward crime but also with regard to police brutality, a message that holds extra weight following allegations last month that several officers raped a young black man with a baton.

Macron also urged efforts to forge closer European cooperation, calling on the remaining 27 European Union members to defend their single market in talks with Britain on its exit.

His remarks put him at loggerheads with the far-right candidate, who wants to pull France out of the EU and eurozone, amid growing anti-EU sentiment since Britain's vote to leave the bloc.

What you need to know about Francois Fillon and "Penelopegate"

Francois Fillon is struggling to rebuild his presidential campaign after accusations that he hired family members in "fake jobs". But what exactly has Fillon been accused of - and how has he defended himself? (06.02.2017)