Macron used his first overseas visit since the pandemic to travel to the UK and mark the 80th anniversary of General de Gaulle's appeal to the resistance. He spoke with Johnson and agreed to expedite post-Brexit talks. 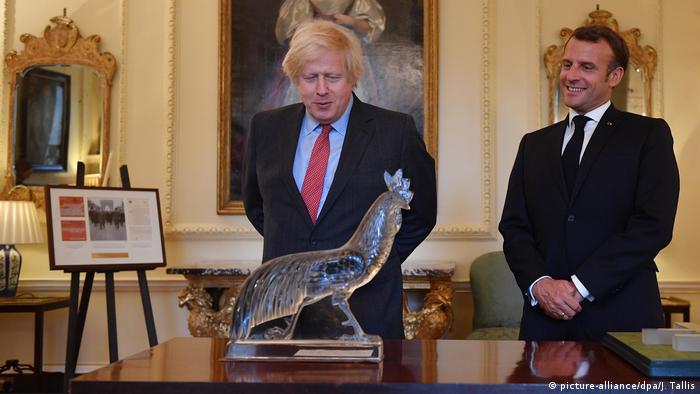 Johnson told Macron that there was no sense in extending post-Brexit trade deal talks into the autumn, his office said after the pair met at Downing Street.

"The Prime Minister welcomed the agreement to intensify talks in July and underlined that the UK does not believe it makes sense for there to be prolonged negotiations into the autumn," Johnson's statement said.

"France reminded its commitment to a deal and its support of [EU negotiator] Michel Barnier", the source said.

Negotiations on the future trade relationship between the EU and the UK have yielded rather little, so far, with both sides accusing the other of dragging their feet and having unreasonable expectations. Nonetheless, they have ruled out extending the transition period.

Before the meeting, the pair were reportedly planning to discuss the possibility of lifting of the mutually imposed 14-day quarantine obligation for travelers.

Anniversary of the Appel

The French president was visiting the UK to mark the 80th anniversary of General Charles de Gaulle's 1940 appeal to the the French people to fight against the Nazi occupation of France during World War II.

He marked the occasion alongside the British heir to the throne, Prince Charles and his wife, Duchess Camilla, at Clarence House.

Macron said the first weapon that the British gave the resistance movement was a BBC microphone, when London handed de Gaulle a platform on the public broadcaster. He called on resistance fighters to continue their struggle alongside the Allies after Nazi Germany overran France early in the war.

The speech is widely seen as the birth of the resistance movement. 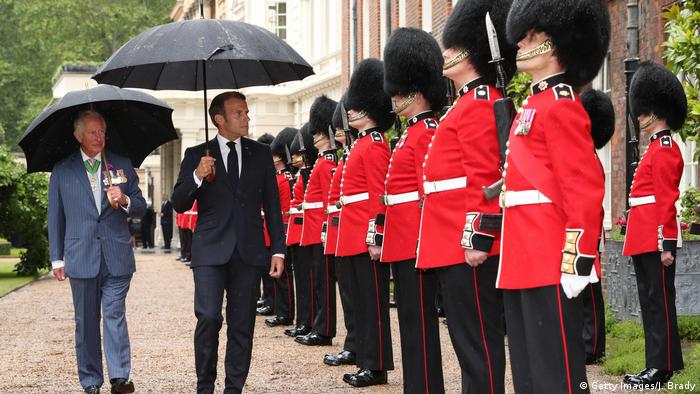 "Your nation spearheaded the liberation of the world. It erected, against Nazi barbarism, the most beautiful of the ramparts: that of unity and fraternity," Macron told Prince Charles. "The United Kingdom gave Free France its first weapon: the microphone of the BBC.''

Macron awarded the British capital the Order of the Legion of Honor for accommodating de Gaulle and his comrades-in-arms.

Charles responded in French:  "I accept in the name of the city of London and United Kingdom and all those who fought for freedom at France's side."

"Your presence today is a strong testimony to the ties that bind our countries, our people, our joint determination."

It was Macron's first overseas visit since the outbreak of the pandemic in France.

June is a critical month for EU-UK talks on a trade deal. If no progress is made this month, a no-deal Brexit looks inevitable. Is it possible that's because of, rather than in spite of, the coronavirus crisis? (04.06.2020)

The UK will not ask for more time to reach a deal with the EU on their post-Brexit relationship, the UK's top Brexit official Michael Gove has confirmed. However, the UK also softened its stance on border checks. (12.06.2020)