The EU's top Brexit negotiator has said the UK wants "the best of both worlds" in its future economic relationship with the bloc. The OSCE said the UK may feel the effects of the pandemic recession worse than EU members. 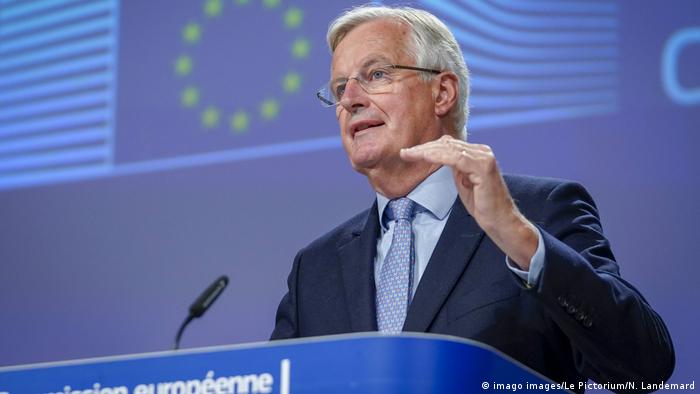 The European Union accused the United Kingdom Wednesday of seeking to maintain a relationship with the bloc similar to that of an EU member after Brexit. The EU said they found this idea unacceptable.

"Britain is demanding a lot more from the EU than Canada, Japan or other partners," the EU's chief Brexit negotiator Michel Barnier told a forum in Brussels. "We cannot and we will not allow this cherry picking."

He also said that the UK "cannot have the best of both worlds" and stressed the point that "we will never compromise on our European values or on our economic and trade interests to the benefit of the British economy."

"In many areas it is looking to maintain the benefits of being a member state without the constraints," Barnier said. "It is looking to pick and choose the most attractive elements of the [EU] single market without the obligations."

The UK has seen the most deaths in Europe and one of the longest lockdowns and is expected to see its economy hit harder than most other European countries, according to the Organization for Security and Cooperation in Europe.

The forum comes ahead of high-level talks on Friday when the European Parliament will urge the UK to "urgently revise its negotiating position" after months of talks have yielded little consensus.

'No real progress' so far

The UK officially left the EU in January 2020 and is currently in a transition period due to expire at the end of the year. The EU is open to an extension of this period if trade deals cannot be agreed; UK Prime Minister Boris Johnson has repeatedly dismissed the idea of an extension.

Johnson is set to hold a video conference with European Commission President Ursula von der Leyen later in the month to review talks.

Speaking last week, Barnier said he "regrets that, following four round of negotiations, no real progress has been achieved" and accused the UK of "not engaging in detailed on the level playing field."

Barnier also said he hoped that the next round of talks could take place face-to-face as Europe re-opens borders closed owing to the coronavirus pandemic. This has yet to be confirmed.

The UK was "refusing to engage in full conversation," the EU's chief Brexit negotiator has said at the end of what Michel Barnier described as a "disappointing" third round of talks. (15.05.2020)

The UK cannot enjoy both "full sovereignty" and "full access" to the EU's internal market, says Germany's ambassador to the EU. London and Brussels hope to reach a new Brexit deal before the end of 2020. (04.06.2020)