The EU's top Brexit negotiator has accused the UK of "backtracking on commitments" after further talks ended. He does not believe the current date set for the end of the transition period is likely to work. 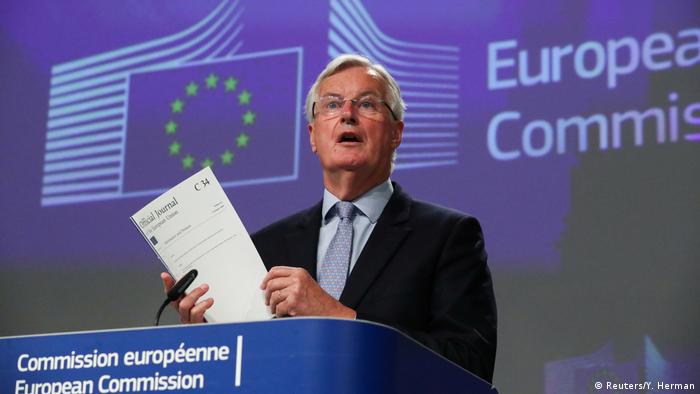 The United Kingdom and the European Union wrapped up their fourth round of talks on a future trade deal on Friday, with the EU’s top negotiator Michel Barnier saying there have been little progress.

"We cannot go on like this forever," he said, accusing the UK of refusing to budge on key issues and backtracking on a preliminary declaration agreed between the UK and the EU ahead of the Brexit date in January 2020.

"This declaration is not difficult to read," the French diplomat said. "It is available in all languages — even English," he added, switching from French to English.

"The UK continues to backtrack on the commitments made in this declaration," he said. "Even in those rare areas where we saw some conclusions, we fell short of what we agreed in the declaration."

The UK officially left the EU on January 31, with a transition period agreed to negotiate details of a future trade deal set to last until the end of 2020. The UK government has refused to consider extending the transition period, while the EU says they would be open to extending for a year or two.

Barnier said he does not see it as likely that talks on the customs union and a trade deal will reach conclusions by then.

The UK’s chief negotiator David Frost also acknowledged that "progress had been limited," but he struck a more optimistic note.

"Negotiations will continue and we remain committed to a successful outcome," he said. "We are close to reaching the limits of what we can achieve through the format of formal rounds. If we are to make progress, it is clear we must intensify and accelerate our work."

Barnier also expressed frustration that the UK would not consider talks on joint defense or foreign affairs policies.

"The UK does not want to talk about foreign policy and defense, even though we agreed this with [UK Prime Minister] Boris Johnson," he said. "As a former Foreign Minister in my own country, I simply don’t understand why."

The next round of talks is scheduled for June. Barnier and Frost did not rule out the possibility that direct talks between Boris Johnson and European Commission President Ursula von der Leyen may be in the works. Barnier also said he hoped that the next round of talks could take place face-to-face as Europe re-opens borders closed owing to the coronavirus pandemic.