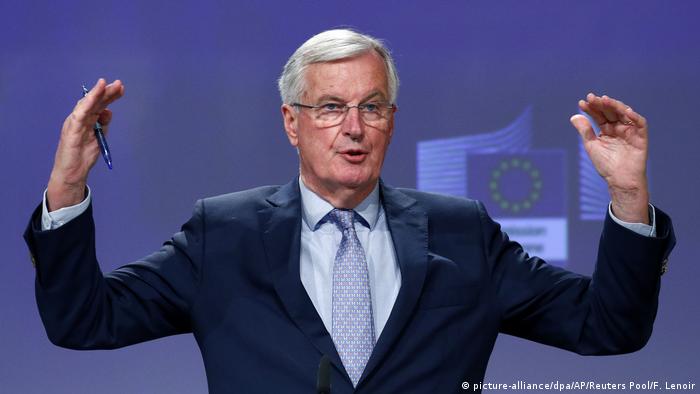 The European Union's chief Brexit negotiator Michel Barnier on Sunday warned Britain there would be no post-Brexit trade agreement if it did not fulfill its commitments.

London "has been taking a step back — two steps back, three steps back — from the original commitments," Barnier told the British Sunday Times newspaper ahead of a fourth and last scheduled round of Brexit negotiations this week.

Last week, Barnier said the upcoming round of talks would be crucial in securing a post-Brexit trading deal with Britain.

Three previous rounds of talks between Britain and the EU have ended without any tangible results.

Britain formally left the EU in January but is still in a transitional phase until the end of the year, during which the country is part of Europe's internal market and customs union.

Barnier said that the economic damages wrought by the coronavirus pandemic made it all the more important for the EU and Britain to reach a new deal.

"If we don't get an agreement then that will have even more consequences. And then of course those will be added to the already very serious consequences of the coronavirus crisis," Barnier said.

"So I think that we have a joint responsibility in this very serious crisis, which affects so many families... with so many deaths, so many people sick, so many people unemployed... to do everything we can to reach an agreement and I very much hope that we will do so," he said, adding that London and Brussels could not afford to break off their nearly 50-year partnership without arrangements for the future.

British Prime Minister Boris Johnson has said he is unwilling to extend the EU-Britain talks past the current deadline.

The EU has reportedly offered Britain preferential trade terms if Johnson agrees to the major standards and regulations followed by the bloc.

The British government, however, argues that the whole point of Brexit was to give Britain the right to set its own rules.

Britain's top negotiator David Frost reaffirmed on Wednesday that London "will always put a lot of emphasis on economic and political freedom at the end of this year and thus avoiding ongoing significant payments into the EU budget."

A British government source said that Brussels "needs to inject some political reality into its approach."

"What is clear is that the conventional approach will not get us much further," the source told the Mail on Sunday.

The post-Brexit transitional period could possibly be extended by two years at a summit in June. However, Johnson has strongly rejected this option.