Looming mass extinction could be biggest 'since the dinosaurs,' says WWF

More plants and animals than ever before are on a global list of threatened species, with the World Wildlife Fund Germany warning that more than 1 million species could go extinct within the next decades. 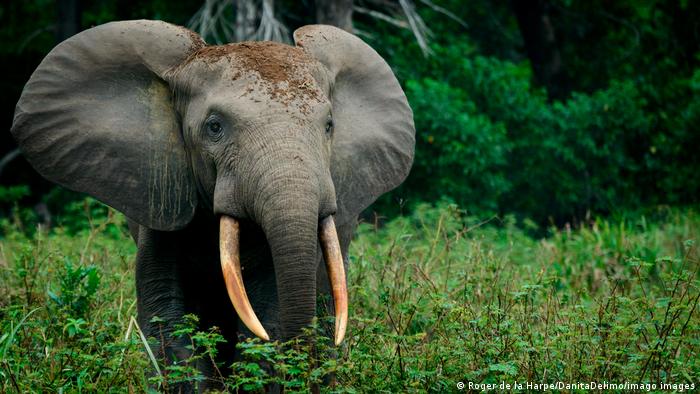 African forest elephants, and thousands of other species, could cease to exist within a few years, the WWF said

Ever-growing environmental threats are pushing many animals and plants to the brink of extinction — the scale of which hasn't been seen since dinosaurs died out, the German branch of the World Wildlife Fund (WWF) said on Wednesday.

The stark warnings came as WWF Germany released its "Winners and Losers of 2021," an annual list of animals whose existence is now acutely under threat — as well as conservation victories.

Facing a mass extinction event 'within the next decades'

There are currently 142,500 animal and plant species on the Red List of the International Union for Conservation of Nature (IUCN) — 40,000 of which are "threatened with extinction."

It is the largest number of species to be included on the Red List since it was established in 1964, according to WWF Germany.

"Around one million species could go extinct within the next decades — which would be the largest mass extinction event since the end of the dinosaur age," the organization said in a statement.

"Species conservation is no longer just about defeating an environmental problem, but is rather about the question of whether or not humanity will eventually end up on the Red List in an endangered category — and thereby become a victim of its own lifestyle," he said.

Polar bears and other species on thin ice in 2021

Among the animals most acutely threatened — and among the "losers" on this year's WWF list — are the African forest elephant, whose population has declined by 86% within just 31 years.

Polar bears made the list as well, as the rapid melting of pack ice in the Arctic Ocean is making it impossible for the animals to adapt. Experts estimate the Arctic Ocean could be completely ice-free in the summer of 2035, WWF Germany said.

The familiar green faces and loud summer chirping of Germany's tree frogs and toads are also under threat — with 50% of Germany's native amphibian species currently listed as endangered on the national Red List. Unabated construction is limiting their habitats while roads have become death traps.

Sea turtles in Kenya: the last of their kind

Grey cranes and migratory fish that move on land also earned a spot on the 2021 "losers" list, as well as the noble pen shell — the largest clam in the Mediterranean Sea.

Lucky Bustards and other 2021 animal 'winners'

The WWF noted that there were some "rays of hope" in the world of environmental conservation this year.

One of the rarest big cats in the world, the Iberian lynx, saw a "successful comeback" in Spain and Portugal. In 2002, only 94 of the lynx were found. The population has grown more than tenfold, with the most recent count in 2020 showing over 1,100 are currently alive.

The population of great bustards in Germany saw significant progress in 2021, with their population reaching the highest level in 40 years. Researchers counted 347 of the birds this year — compared with just 57 birds in 1997. 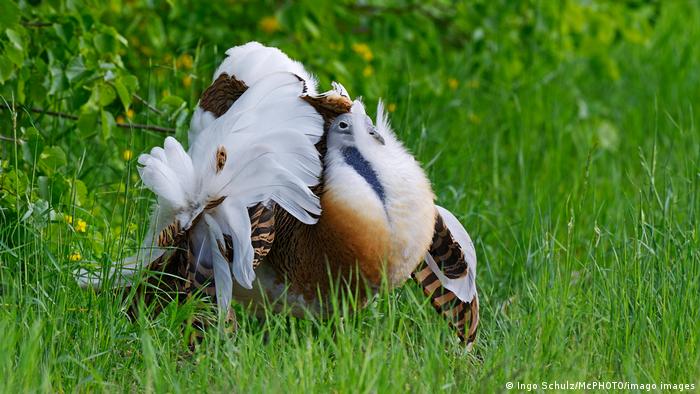 The lavishly-feathered great bustard is making a comeback in Germany

The WWF also logged a success in efforts to conserve the Indian rhinoceros population in Nepal. As part of a cooperation with the government, stricter protection measures were implemented — which have helped the rhino's population grow by 16% since 2015.

Editor's note: A previous version of this story misquoted the WWF as saying that a million species could go extinct within the next decade, when in fact the organization wrote "decades," plural. We apologize for the error. (05.01.2022)