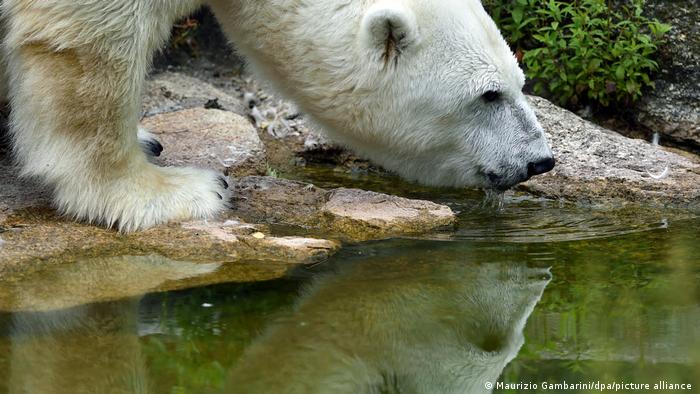 Berlin Zoo in Germany has announced the passing of one of its oldest residents. Katjuscha the polar bear was found dead in her outdoor enclosure by zookeepers on Christmas Eve.

According to the zoo, at the age of 37, she was considered to be the oldest female polar bear in captivity in Europe.

The zoo gave notice of Katjuscha's death in a Twitter post that read: "Farewell Katjuscha! After almost four decades in Berlin Zoo we have had to bid farewell to our Katjuscha."

Katjuscha was born in 1984 in Karlsruhe Zoo. At the tender age of 1, the young cub was moved from the site of Germany's top courts to what was then West Berlin, spending her first years in the still-divided capital.

It was there many years later that she would live with one of the city's star attractions, Knut, who was born in captivity in 2006. Knut became particularly famous as he was hand-reared by zoo keepers after his mother rejected him and his brother, who did not survive.

He would become a major drawcard for the zoo, but died after just four years with a brain condition.

Polar bears can live for 25 to 30 years in the wild, although very few get to live beyond 20. Berlin Zoo said that getting Katjuscha to live to the grand old age of 37 required expert care and attention.

Katjuscha had at one point lived with one of Berlin's most famous residents, Knut

The best of care for the elderly bear

"We have of course observed our senior citizen very closely over the past few years. Thanks to optimal veterinary care and daily medication Katjuscha was able to reach such a stately polar bear age," zoo director Andreas Knieriem said.

"For her last birthday in November, she even ate a whole fish cake," Knieriem added.

The zoo explained that Katjuscha was the last female polar bear at the zoo and a decision as to what should happen next in terms of polar bear keeping was yet to be reached.

The German arm of the animal rights group PETA said after the news of the death that the zoo should stop keeping polar bears, and that it had written an appeal to Knieriem.

"If the Berlin Zoo would publicly stand by an end to the keeping of polar bears, this would be a great step with a signalling effect for all other zoos with disturbed polar bears running around in circles," said Peter Höffken, PETA's campaign team leader. "Keeping them has nothing to do with species preservation anyway, because polar bears born in zoos cannot be introduced into the wild. Keeping the animals purely as a spectator attraction must come to an end."