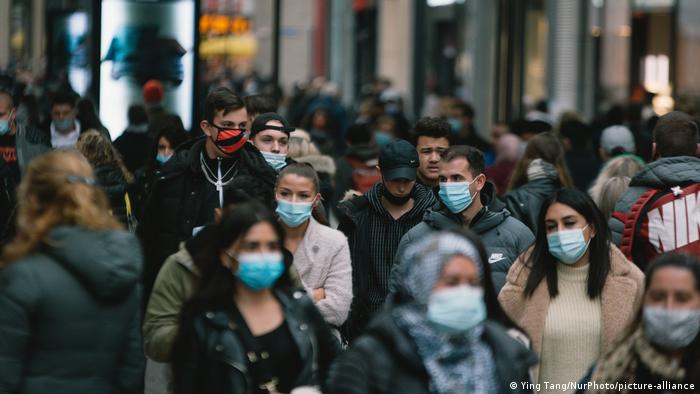 Valerie Giesen gasps and slumps onto a bench. The 29-year-old has just shuffled the length of the street. "That was probably today's biggest exertion," she said. Her heart beats more quickly; her breaths are audible.

Eight months ago, these few hundred meters would not have been an issue. Back then, she went to dance two or three times a week and occasionally went climbing or swimming. Giesen is one of the many patients whom doctors say are officially recovered but still not healthy. She got through her bout with COVID-19 in April, but she continues to feel unwell. 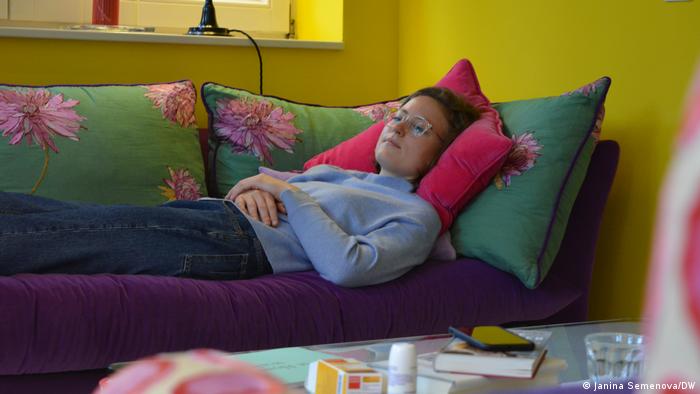 Giesen was infected with COVID-19 in March, in the first wave of the pandemic

Giesen said she showed symptoms at the end of March. "My heart beat really quickly, and I had a heavy pressure in my chest," she said. "I have never felt so sick." She spent the next two weeks in bed completely exhausted, feeling pain in her lungs. Even going to the bathroom was difficult. "I had to rest for a long time before."

Read more: Indoor professional sports under the shadow of COVID-19

Because of insufficient capacity, Giesen was not tested for the virus at the time. "That was the first wave in Denmark," said Giesen, a German anthropologist who has made her life in Denmark. "I was even afraid to go to the hospital." 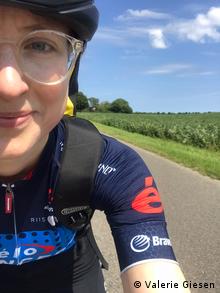 Between her infection and the new symptoms, Giesen biked from Copenhagen to Berlin

After her recovery, she felt healthy. A test in June confirmed that she had antibodies for SARS-CoV-2. For summer vacation, she biked over 400 kilometers (240 miles) from Copenhagen to Berlin, her hometown. She thought everything was fine.

"At the end of August, it started," Giesen said. She had intended to leave for fieldwork when the relapse occurred: chronic exhaustion, pressure in the lungs, difficulty breathing.

"I could barely lift my head," she said. "That was a heaviness that I felt for a long time." Her flatmates offered support by going shopping or cooking. Giesen said it was difficult to be so dependent.

Giesen has been experiencing these symptoms for about eight weeks now, and has temporarily returned to live with her parents in Berlin. "I have doubts in Denmark," Giesen said, adding that her doctor in Copenhagen couldn't help. In recent days, however, she has been feeling a little better: "I can sit up straight and speak — even more than two or three sentences."

Giesen has undergone several tests in the Berlin hospital. A check of her heart did not turn up any irregularities, nor did a lung function test. So far, she has been diagnosed with post-COVID fatigue syndrome. Symptoms include a state of chronic exhaustion, as well as a lingering feeling of infection and difficulty concentrating.

Early studies in Italy and Ireland have found that about half or more of COVID-19 patients continue to deal with exhaustion and shortness of breath for several weeks after their official recovery. But it remains too early to know the long-term effects of a COVID-19 infection.

The World Health Organization has reported that symptoms can last months or return much later — even when the course of the virus had been relatively mild during the infected period, including for younger people such as Giesen, who now wears support stockings and takes several naps a day.

Giesen compares her daily energy level to a bathtub full of water: Everything she does uses a little, and napping is the plug that keeps a bit of water for later, but eventually it's all used up for the day.

Giesen keeps assorted vitamins, turmeric tea and fruits and vegetables on hand. She pays close attention to her nutrition, as eating healthily is anti-inflammatory. It's an attempt to take some control of her own care as the medical field still knows too little about her condition. She found the tips through an online support group that was founded by the queer feminist wellness collective Body Politic.

Thousands of members exchange stories about the long-term effects of their COVID-19 infections through the messaging platform Slack. Body Politic support group members even initiated a research report on the effects in spring. Giesen reads the chats daily as "a comforting evening ritual: I feel less alone." 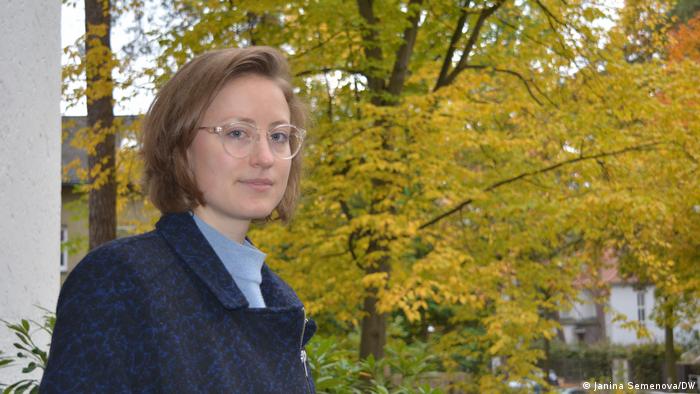 Giesen says her recovery is slow, but she does feel like she is improving

Perhaps someday Valerie Giesen will post an encouraging story of her own to the platform, to help more people understand the long-term effects of this disease. If anything, she is optimistic: her condition is getting a little better every day.