Despite the pandemic-induced global recession, house prices in major markets globally continue to rise. Many fear the market may be heading for a fall when stimulus packages launched by governments end later this year. 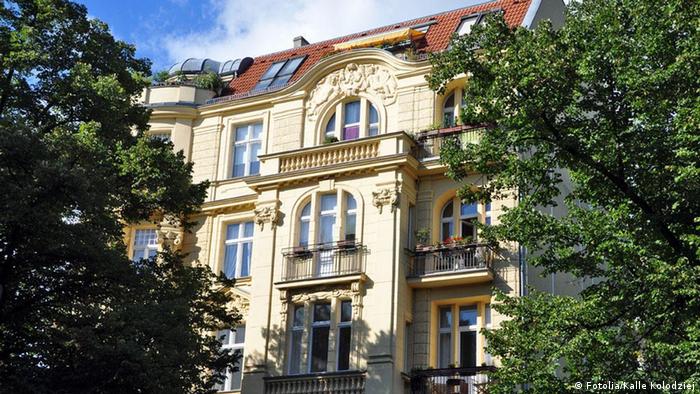 It's a paradox at the heart of the current crisis: Government stimulus packages designed to fend off wider economic disaster are actually helping widen housing market inequality, thus perpetuating a vicious cycle.

Such packages that pump cheap money into the economies of developed countries sustain high property and share prices. This underpins homeowners' borrowing power, guarantees shareholder profits and sustains banks balance sheets — but also simultaneously impoverishes renters and raises the numbers unable to get onto the property ladder.

Many developed countries are seeing house prices rise even whilst coronavirus infection rates rise again. In the second quarter of the year, prices rose in eight out of 10 high- and middle-income countries, with US prices up 5% on a year earlier and Germany's up 11%, according to Swiss banking giant, UBS.

Of the 25 major cities analyzed in its Global Real Estate Bubble Index 2020, over half are at risk of a housing bubble or are overvalued, UBS found. The typical signs of a bubble — decoupling of prices from local incomes and rents and excessive lending and/or construction activity — are starting to show. In North America, Toronto was the only major city at risk of a housing bubble, while Vancouver, Los Angeles, San Francisco, and New York were seen as overvalued, but not at risk of a bubble, UBS said. Boston was at fair value, while Chicago was the only city in the region considered to be undervalued.

Europe and Hong Kong face the greatest risk. German cities Munich and Frankfurt, as well as the Polish capital Warsaw, top the list.

Lithuania, Estonia, Poland, Slovakia and Ukraine have all posted double-digit price growth over the past 12 months. Paris, Amsterdam and Zurich are also in bubble risk territory, UBS said.

Other housing markets "overvalued but not at risk of a bubble" include London, Tokyo, Stockholm, Geneva, Tel Aviv, Sydney, and New York. Home values fell in just four of the 25 cities analyzed: Madrid, San Francisco, Dubai, United Arab Emirates, and Hong Kong. The last time there were fewer cities with negative price growth was in 2006.

Global real estate prices have held their own during the economic hit from the coronavirus pandemic, Sean Darby, global head of equity strategy at Jefferies, told US television station CNBC, adding that this was a "huge backstop" for policymakers.

"Importantly, it has really allowed the domestic banking system to be relatively unimpaired by asset deflation," he noted.

But residential house prices have been inflated for several years in most parts of the world. Economic logic suggests they should have collapsed after the financial crisis in 2008. Real house prices did in fact fall by 10% during the crisis but were saved by global central banks' cuts in interest rates almost to zero and huge fiscal stimulus programs.

This, in turn, triggered a new boom, sustaining an asset class that has been crucial to the post-2008 crisis financial sector. Low-interest rates make monthly mortgage payments more affordable and houses more attractive to buy, as they depress returns on alternative safe investments. Such support for household incomes, as well as mortgage-repayment holidays, also saves jobless workers from having to sell their homes.

Like global stock exchanges, property markets have grown strongly during the current crisis, but unemployment has risen, and wages stagnated. Rising house prices sustain investment levels but are also a driver of inequality in the developed world, with higher prices and stagnating wages meaning nominally higher rents and more first-time buyers excluded from the property ladder. 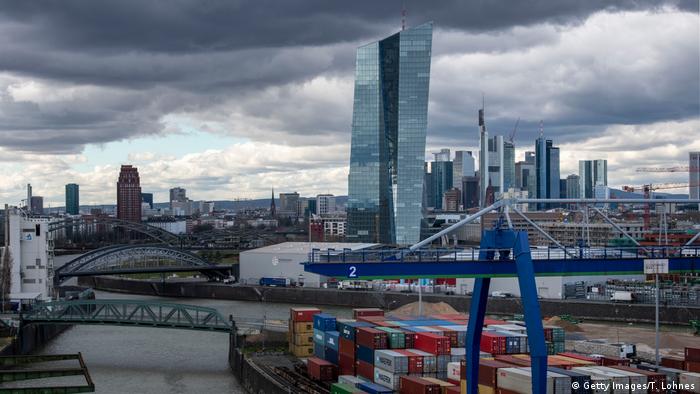 The cheap-money policies launched by central banks such as the ECB are blamed for creating asset-price bubbles, including rising property prices

"It is uncertain to what extent higher unemployment and the gloomy outlook for household incomes will affect home prices. However, it's clear that the acceleration over the past four quarters is not sustainable in the short run," Mark Haefele, chief investment officer at UBS Global Wealth Management, said in a release. "Rents have been falling already in most cities, indicating that a correction phase will likely emerge when subsidies fade out and pressure on incomes increase."

Bartosz Turek from HRE Investments also points to the "big correlation" between interest rates and housing prices, telling DW that he suspects this to be the main reason behind the soaring real estate prices in the world. "I see that at some European markets the prices went up so much that this is alarming, and a price fall is imminent," he said.

Turek notes that for a long time prices have been rising far more than incomes. This was often boosted by very low-interest rates in most countries.

Data sampled by the European Union's statistics office, Eurostat, show that between 2012 and 2019 house prices went up in Slovakia by 43%, while the average income of Slovak people went up just 4%within the period. In Germany, housing prices went up 43% while incomes rose 19%. In Sweden, prices soared 53% and incomes went up by 18%. In Austria, it was 45% and 17% respectively. Finally, in Hungary, housing prices nearly doubled and incomes were in 2019 43% higher than in 2012.

According to some housing market analysts, the second half of this year will be the test for the market, as government stimulus programs end. In the US, for example, over 20% of the 110 million renters are at risk of eviction, as moratoriums on rent payments due to Covid-19 restrictions begin to end.

"Looking ahead, a weak economy, tight credit conditions and the end of these short-term factors supporting demand will hold back growth in house prices next year," Hansen Lu at Capital Economics in London, told DW, and expects housing prices to stagnate in 2021.

Analysts for global ratings agency Fitch Ratings concluded that Spain will suffer the biggest fall in house prices, down between 8% and 12% in 2020, while Australian prices are expected to lose between 5% to 10%, and the UK up to 7%.

A fall in house prices would dent asset wealth, lower borrowing capacity of homeowners, and could undermine investment in productive parts of the economy. But it would also relieve pressure on those suffering from lower real wages, unemployment and rising rent.