Asian communities become scapegoats in New Zealand’s housing crisis | Asia| An in-depth look at news from across the continent | DW | 16.09.2019

New Zealand's property prices have skyrocketed, and, with citizens languishing under a housing crisis, ethnic Asians are being subject to hateful comments on the streets and on the internet. 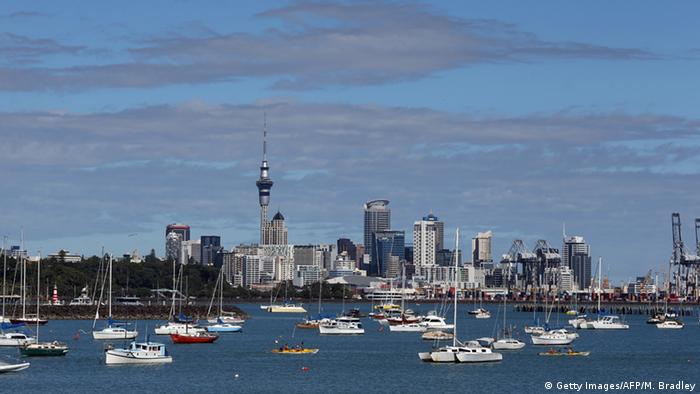 Auckland, New Zealand's largest city, consistently ranks among the world's 10 least affordable for housing in the annual Demographia International report. All three major cities in the country — Auckland, Christchurch and Wellington, the capital — are categorized as "severely unaffordable."

As a result, smaller towns are seeing an influx of people who are relocating in the hopes of finding cheaper housing solutions, only to discover that the new demands have also caused real estate prices to rise in smaller towns.

While weak government regulation and issues of global income inequality go largely unnoticed, Asians in New Zealand seem to have become the scapegoat for the crisis.

Jacqueline Leckie, Associate Professor in Asian migration and diaspora studies, University of Otago, said that "certain politicians have played the 'Asian card' to promote nationalism." She added that the media in New Zealand and the housing debate in popular discourse is "highly influenced by historical stereotypes" of Asian peoples.

Dr. Changzoo Song, a senior lecturer of Korean and Asian Studies at the University of Auckland, also said that New Zealand's colonial and political experiences traditionally fueled racism against ethnic Asians. More recently, "the competition that the Europeans (New Zealanders of European descent) feel from Asian migrants over business, jobs and housing might be feeding some racist attitudes," he told DW.

"Regardless of the more rational conclusion that the housing crisis was not caused much by Asian immigrants, there has been popular belief that the "wealthy Chinese" contributed to the crisis," Song explained.

People who ethnically identify as Asian comprise approximately 15% of New Zealand's population. Chinese make up the largest group, followed by Indian, Korean, Filipino and Japanese, respectively. For some New Zealanders, Beijing's emergence as a superpower makes them feel that their "idyllic paradise" is under threat.

Speaking to DW, some Asians in New Zealand said that "casual racism" was the most commonly experienced form of discrimination. Comments included, "Where do you really come from?" or "Oh your English is really good" and "Is your English any good?"

Soo Min, 27, who was born in South Korea but moved to New Zealand as a small child, said, "Casual racism is pretty common here … Even though Auckland is quite diverse, the occasional person will try to affirm their own stereotypes about different ethnicities."

She added that at university there was "definitely social segregation," while at work there was "a bit of clique-y-ness... All the Koreans hung out with each other, the Chinese in their own groups and so on." While Soo Min wondered why the ethnic groups were "so clearly separated," she said that both a sense of community as well as language barriers could have a big impact on how an individual chooses to connect. 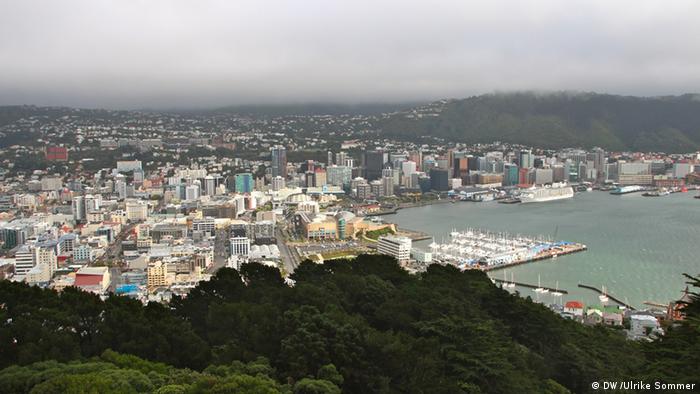 Real estate prices have been skyrocketing in cities like the capital, Wellington

Two New Zealanders of Asian descent told DW that racist remarks were made when the harasser could easily avoid confrontation. Those driving past in cars or bicycles yelled comments including "ching chong" and "go back to your own country" when the women were on foot. "When you're online you also get to see a lot of people making racist comments and getting away with it," one added.

Paul Spoonley of the College of Humanities and Social Sciences at Massey University also admitted that expensive housing in Auckland had "encouraged some to see Asians as a problem." He said that around 10-12% of the New Zealand population "still felt anxious about immigration from Asia and the presence of Asians" in the country.

But while there were a lot of stories about Asians inflating prices by speculating on housing, the "evidence was either not available or showed that Asian buyers and speculators were actually a very small part of the issue." He pointed out that more importantly, there had been a housing deficit for some time and housing provision was not keeping up with demand.

New Zealanders have placed housing as their main concern in the last three national elections, with 50% saying that housing is their greatest concern. Prime Minister Jacinda Ardern's attempt to alleviate the housing crisis through her KiwiBuild policy in the beginning half of 2019 was a notable failure. An estimated 150 houses were built by June in contrast to Ardern's vow of 1000.

Last year in August, the government passed a law banning non-residents to buy property in New Zealand. However, foreigners can still make limited investments in new apartments. Australians and citizens of Singapore are not affected by the ban.

Despite the ban, ethnic Asians are still subjected to racist comments, at least online. A Taiwanese New Zealander, for example, told DW she was disturbed by the amount of online anger about the housing crisis. "Asian homeowners are not in the majority. More and more kiwis are selling off these properties to the highest bidder, so they only have themselves to blame for their greed to capitalize on the situation," she said.

Reacting to racist comments on Asians dominating the Kiwi housing market, Soo Min made it clear that ethnic Asians had little to do with the crisis in New Zealand.

"We're all like, we're Asians and we still can't afford houses. They are people with money overseas. Where can we find these supposed rich guys?"

Under the proposed changes, abortion would be classified as a health issue rather than a crime. It would be New Zealand's first major abortion reform in more than 40 years, but activists say it doesn't go far enough. (05.08.2019)