Indoor professional sports under the shadow of the coronavirus: A rollercoaster of emotions | Sports | German football and major international sports news | DW | 20.10.2020

Indoor professional sports under the shadow of the coronavirus: A rollercoaster of emotions

Though Germany's handball and basketball leagues are back on the court, the country's top ice hockey league's season is on ice — as opposed to on the ice. The mood is one of frustration, but also of determination. 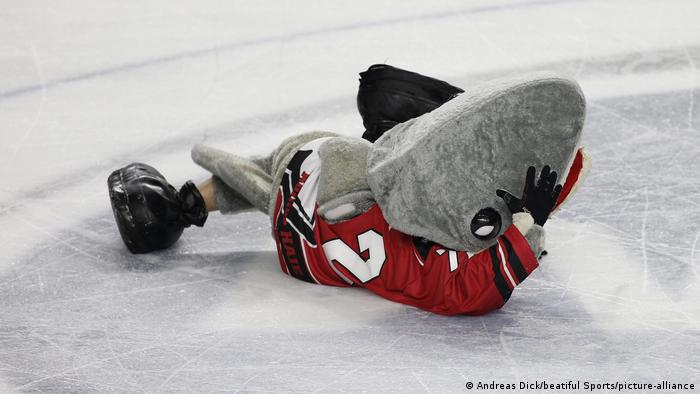 The Sharks are struggling to free themselves from the net of the coronavirus pandemic — and they are far from alone.

"The situation in ice hockey is critical because we aren't being allowed to implement our business model, which is based primarily on game day revenue," Philipp Walter, managing director of the Cologne Sharks, of Germany's top professional ice hockey league, the DEL, told DW.

The pandemic first caused the DEL to postpone the start of its season from the usual mid-September to mid-November. Now its 14 clubs are hoping to begin play in late December.

"As bitter as this is, it just wouldn't make sense to start the season as things stand now," Walter said. "The economic conditions simply wouldn't allow most clubs to start now."

In mid-March the DEL became the first professional sports league in Germany to abandon its season due to the outbreak of COVID-19. The playoffs were canceled and no champion was crowned. Despite having had a disastrous season on the ice — including a 17-game losing streak — the Sharks drew an average attendance of 13,333. That was tops in the DEL and third-best in Europe.

During a normal season 50 to 60 percent of the club's revenue is generated by ticket sales. Not surprisingly, losing such a large chunk of revenue has far-reaching consequences for the club.

"We have a large youth section, as well as the biggest women's ice hockey program in Europe," Walter says. "If we have no income, it also affects the rest of the club (apart from the professional team)."

The Sharks' managing director also points out that when the DEL is unable to operate, it also has a negative impact on the national team, which draws the bulk of its players from Germany's top league.

"This message doesn't seem to have gotten through to a lot of people yet," he says.

In an effort to weather the storm financially, the club has placed its players on reduced hours but they are still taking part in on-ice practices "so that the players at least maintain their basic fitness," Walter says.

The team's captain, Moritz Müller, has taken things a step further by going out on loan to the Kassel Huskies of the second division (DEL2) – in an effort to gain and maintain match fitness. This is by no means an isolated case.

The DEL's all-time leading scorer, Patrick Reimer of the Nuremberg Ice Tigers, and Felix Schütz of the Straubing Tigers have also gone out on loan to DEL2 outfits. With smaller budgets, the lack of income from ticket sales is not as big a factor in the DEL2 as it is in the top league. For Müller, Reimer and Schütz it must seem like a very long time since they were winning the silver medal as members of the German national team at the 2018 Winter Olympics in Pyeongchang.

Unlike ice hockey, the other two major indoor sports in Germany have managed to start their seasons. The Handball Bundesliga (HBL) has already completed its fourth matchday. However, the number of fans in the stands has varied widely in accordance with regional levels of COVID-19 infections. Last weekend, no fans at all were allowed to attend games in the western states of North Rhine-Westphalia and Hesse, but 2,400 were present for the northern derby between THW Kiel and SG Flensburg-Handewitt. A total of 2,400 spectators were in attendance for the match between THW Kiel andd SG Flensburg-Handewitt

"We are thankful for every match day that can be played," HBL President Uwe Schwenker told public broadcaster ARD a week ago. However, he also noted that the clubs continued to face a high degree of uncertainty.

In basketball, the domestic cup competition began with seven matches being played behind closed doors. A positive test for the coronavirus at Alba Berlin forced the cancellation of the defending champions' game against Löwen Braunschweig. The Basketball Bundesliga (BBL) is scheduled to open its season on November 6 — as originally planned.

"Our credo is: Eyes shut and push through. We have to see to it that we get through this coming season somehow or other," said Philipp Galewski, general manager of Brose Bamberg.

BBL Managing Director Stefan Holz told DW that the clubs have "already tightened their belts" and none is facing bankruptcy.

"But you need more than 300 or 500 spectators to break even ... at the end of the day we need game day income. And if we don't get it or only get it to a limited extent, we'll need government support," Holz says. "The clubs will need the entire €800,000 ($944,000) per club (the maximum under the government's coronavirus aid package) just to make it through the winter." 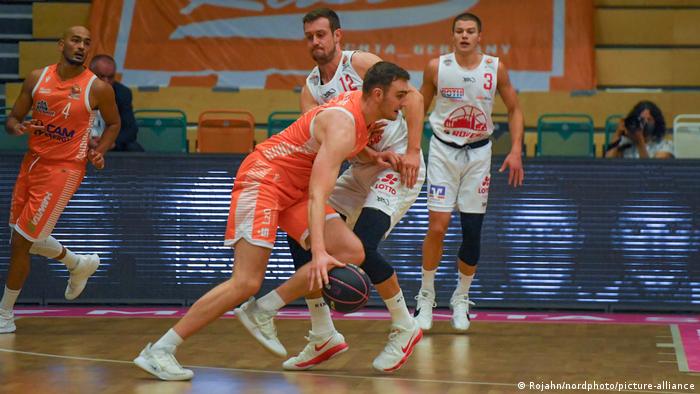 First-round games in German basketball's cup competition, like Vechta vs. Giessen, were played without fans

This also applies to Germany's ice hockey clubs. At the end of June, the German government announced €200 million in emergency aid for professional sports — not including the top two football leagues.

"You can see there is the political will to help us," said Cologne Sharks boss Walter. "I'm convinced that the total sum is enough to keep the first divisions in ice hockey, basketball and handball afloat. But the implementation is a problem."

But the recent sharp rise in the number of new coronavirus cases in Germany is making discussions with the politicians increasingly difficult.

"It's almost impossible to have detailed technical discussions with decision-makers at the moment because the discussion is overshadowed by the high infection rates," said Florian Kainzinger, a health-management expert who played a key role in drawing up the hygiene concept for the BBL. " I don't see any movement on the subject of spectators at the moment."

Not even being given a chance

This basic mood is also causing frustration for Walter.

"I haven't heard a single a politician say that the hygiene concepts are bad, and that visiting our arena would amount to a superspreader event," the 46-year-old said. 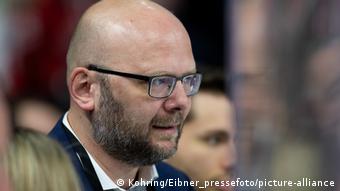 Philipp Walter of the Cologne Sharks

"All I ever hear is that some politicians think it would be sending a 'wrong signal' to admit spectators to sporting events, or that they have a 'bad feeling' about it," he added. "This is frustrating for us as professional organizers. We aren't being given the chance to implement our business model and we aren't getting the chance to prove ourselves.”

Walter said the atmosphere at the club amounted to something of an emotional "roller-coaster ride," but nobody is ready to throw in the towel.

"Anyone who works in ice hockey, whether as a player or (other) employee, has the fighting spirit in their DNA and can defy all resistance, both on and off the ice," Walter said.

"Still, it takes a lot of energy to keep your head up. But we are not prepared to raise the white flag at this point. We will continue to fight ... for Cologne and for ice hockey."